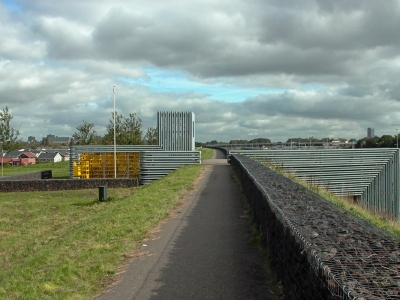 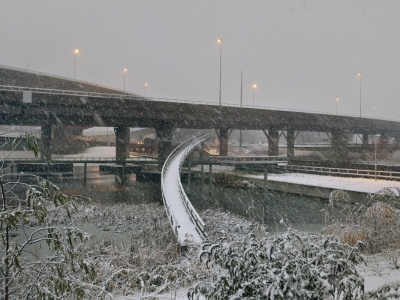 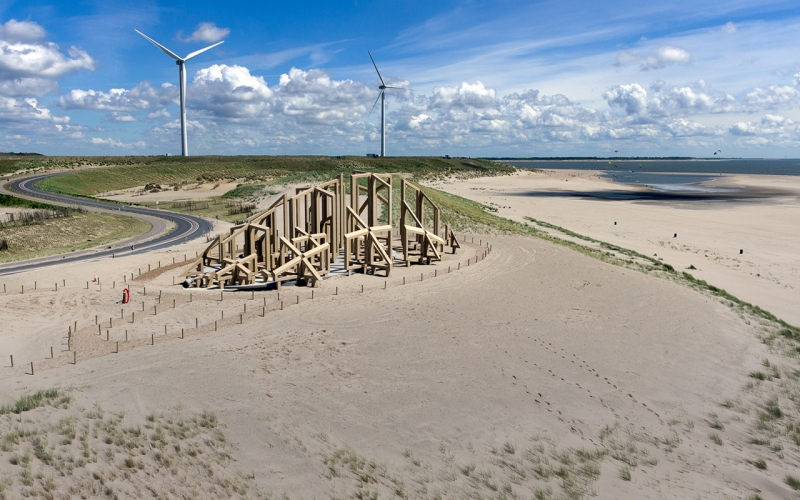 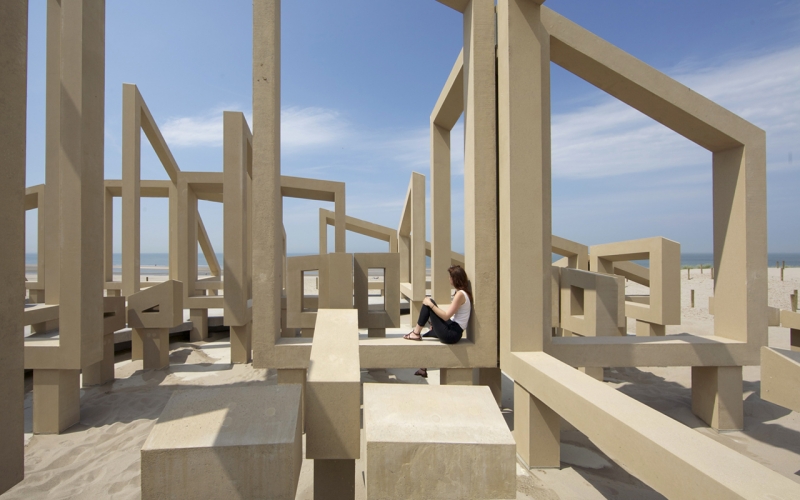 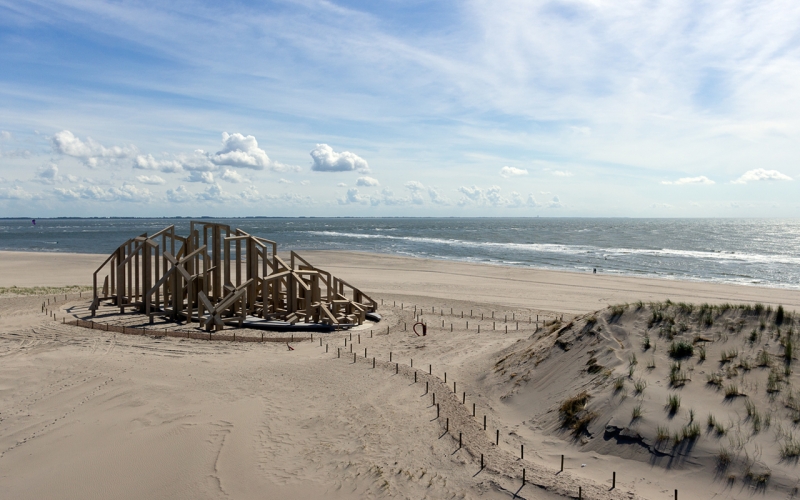 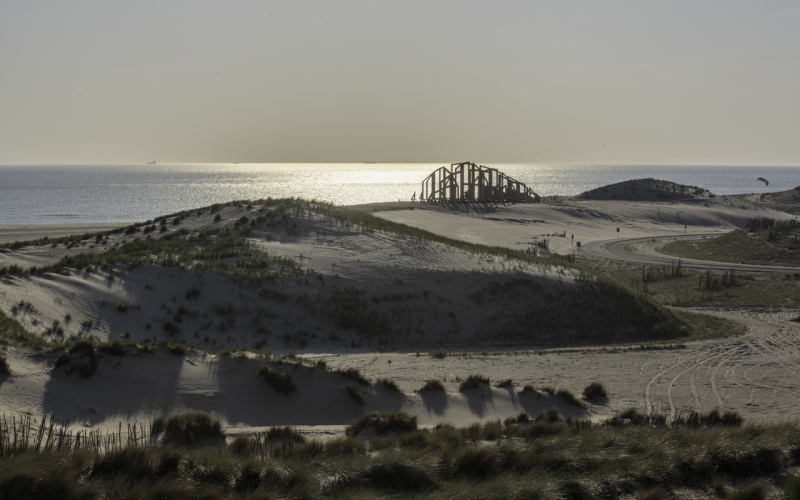 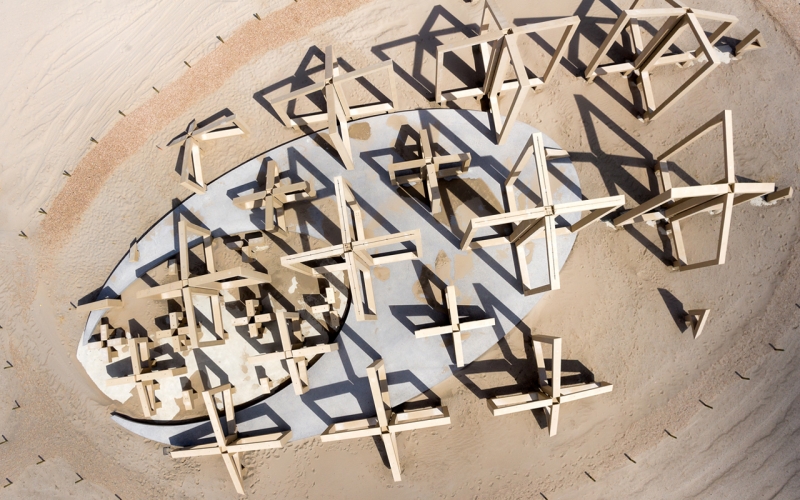 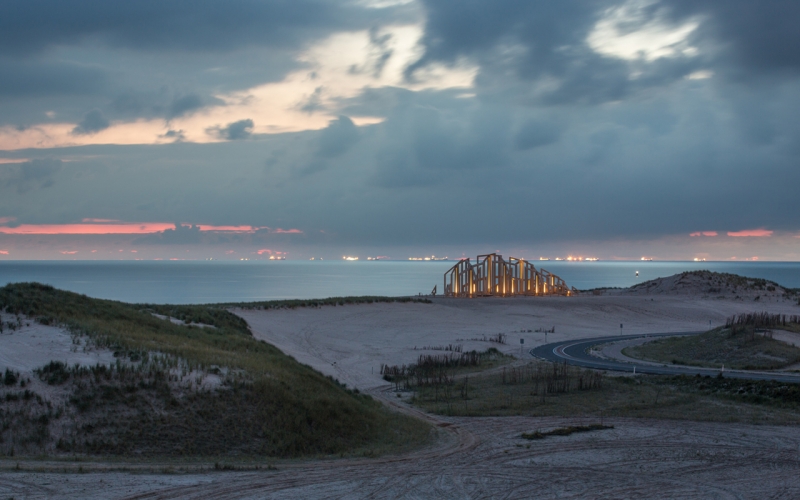 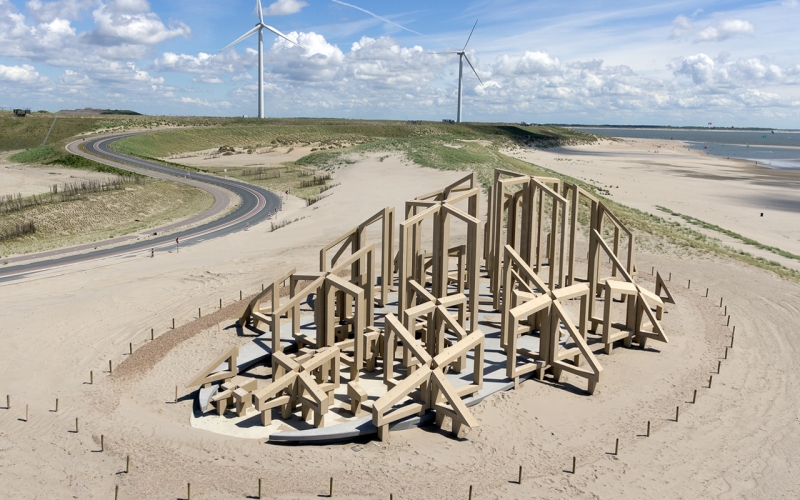 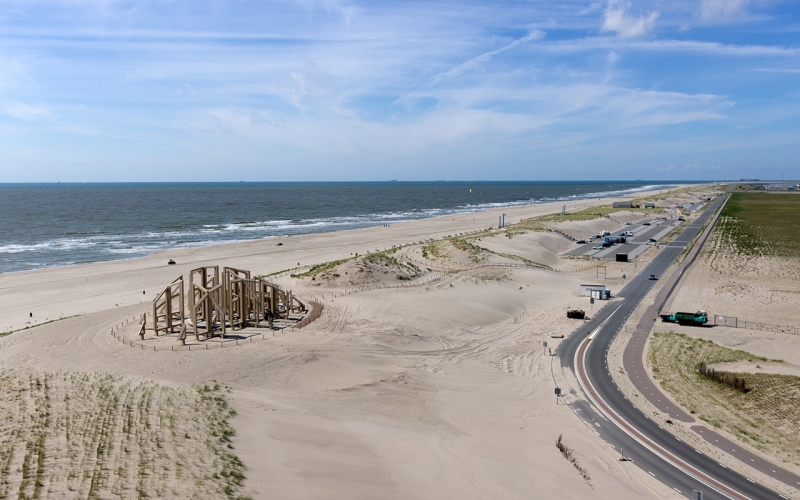 On 10 July 2015 became the Sand watch from artist collective Observatorium. It is a large open sculpture that was commissioned by the Port of Rotterdam Authority to crown the construction of the Second Maasvlakte. The Sand watch stands in the middle of the dunes on the beach and consists of a large number of elements of different sizes. It is a drawing cast in concrete in the dune landscape, which visualises three stages of the formation of the dune. The skeleton forms a complex structure, which also changes shape as a result of the spraying of the sand. The large surface allows you to wander through the object and see Sand watch and the environment in a different perspective. The temporarily placed artwork invites you to stop and enjoy the grand panorama. The artwork brings a human dimension to an almost endless landscape of sand, sea and terminals.