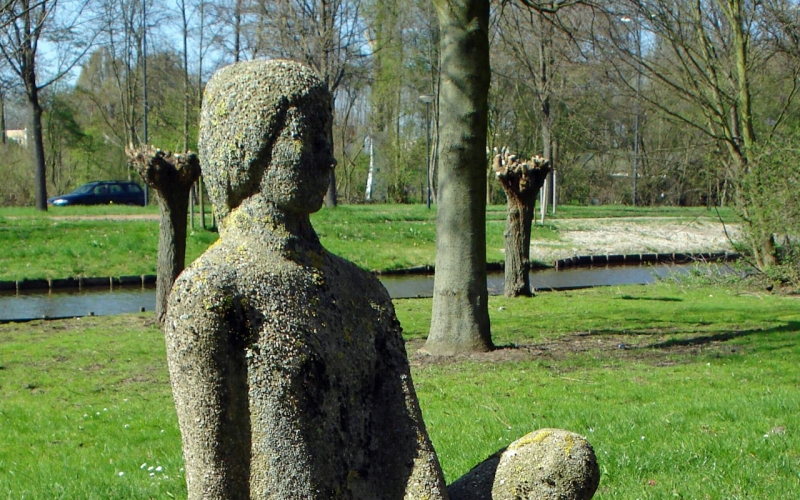 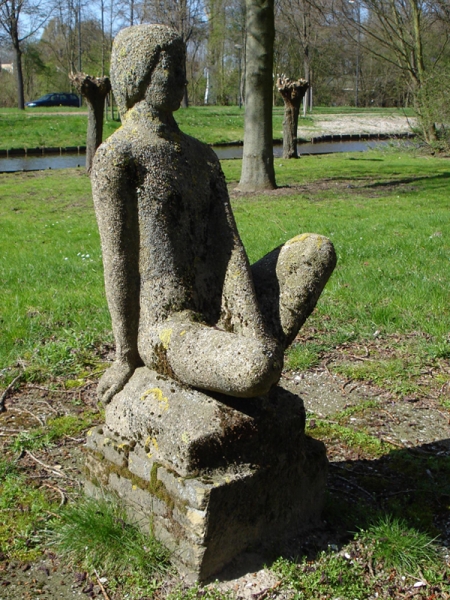 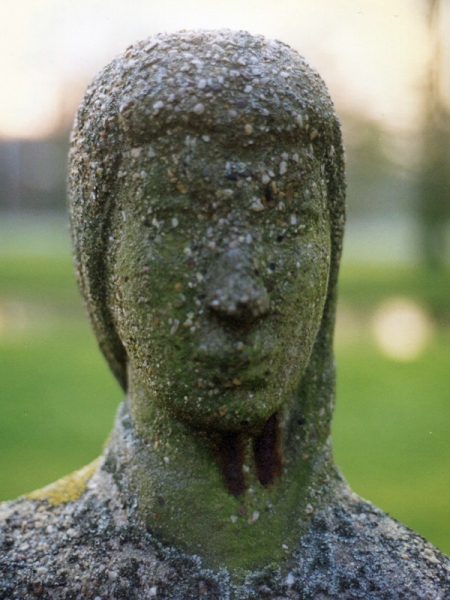 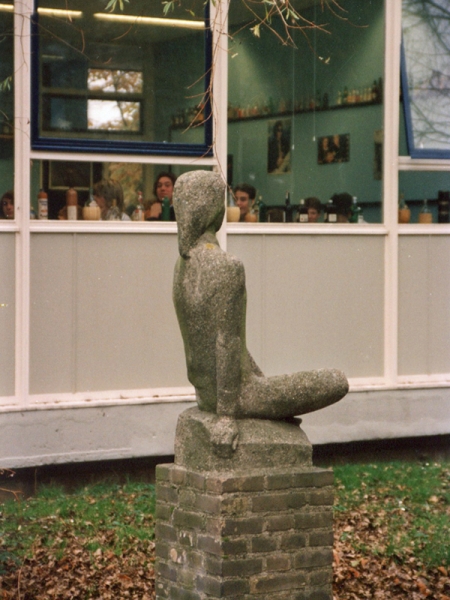 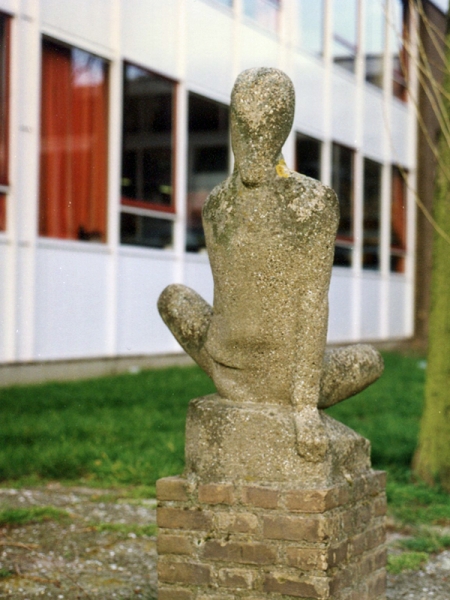 Wikipedia
About the artwork

At this school on the Argonautenweg 55 you can find various works of art made in the percentage scheme. One of these is this concrete plastic Sitting girl made by artist Cor van Kralingen. The artist has opted for a very coarse concrete, so that the sculpture is a bit rough and has a somewhat coarse structure. The lovely model would be better served by a finer material, but the location of the image in the lawn is nice. It stands in a sort of cove between classrooms with a view of the water. The seated girl is also in good company, because the school still has a number of artworks, all of which are placed in 1962. Due to the move of the school to new construction it is Sitting girl placed in 2019 by the school in the depot. The plastic will be replaced at the new construction of the school.

Cor van Kralingen (Rotterdam, 1908 - Mijnsheerenland, 1977) was a sculptor and illustrator. For the Varagids and publisher Thieme, he made many pen drawings between 1935 and 1960, among other things. During the reconstruction period Van Kralingen was able to design reliefs and facing bricks in Rotterdam. He designed it Twentsch Ros (1948) on the roof of the then Twentsche Bank on the Blaak and the eight animal figures of the Hofplein fountain (1955). He also made a number of war monuments, such as Falling man (1951) en Woman with pigeon (1965) at the war graves on Cemetery Crooswijk, and the Ttraveling woman (1958) on the Goereesestraat in Charlois. His style was characterized as invariably figurative. He liked simplicity and a classically oriented beauty.