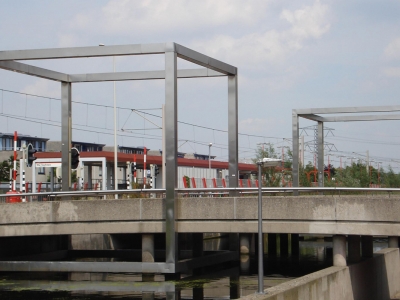 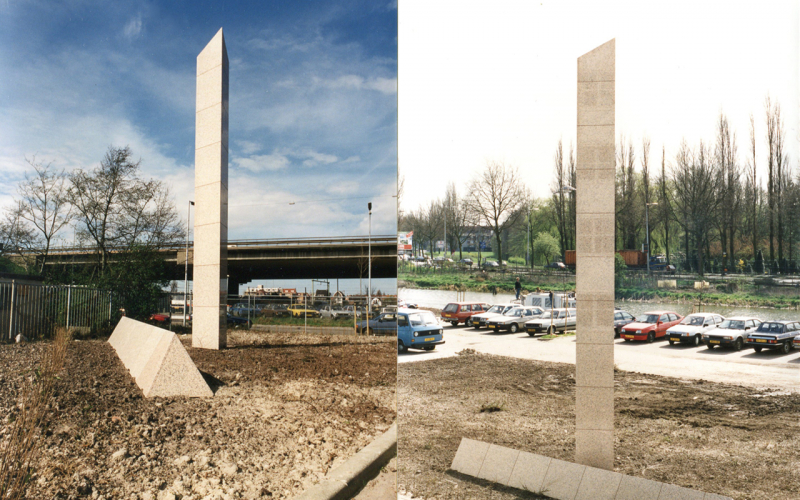 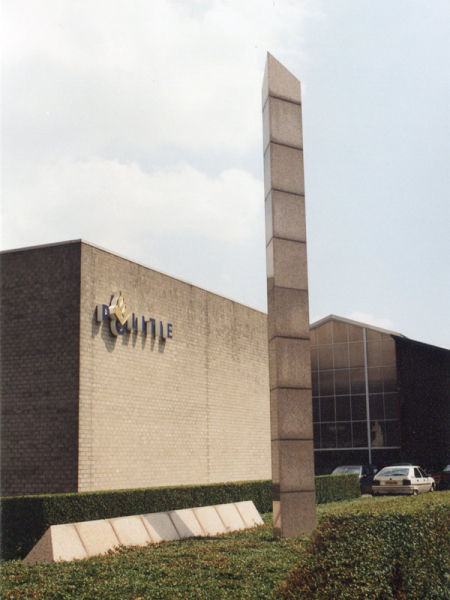 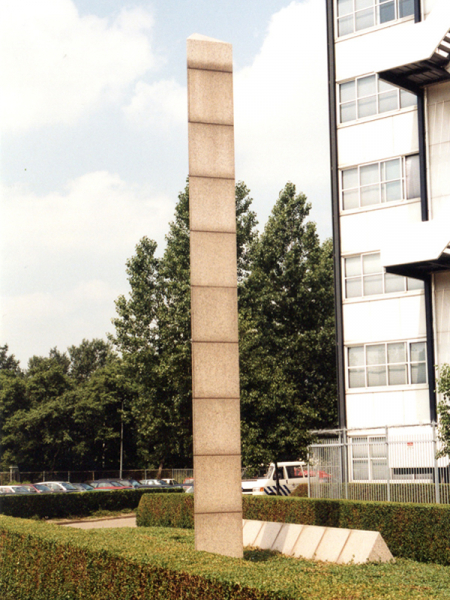 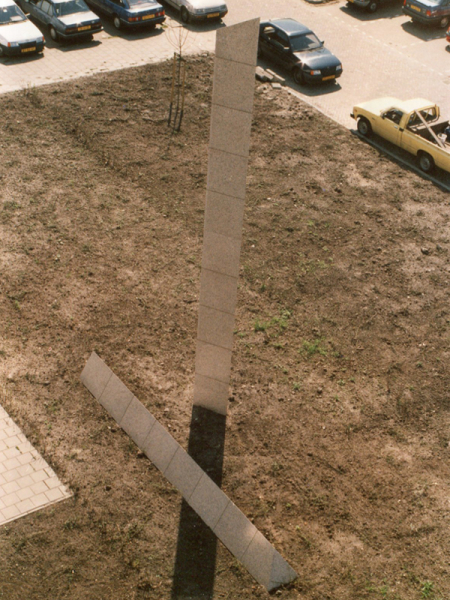 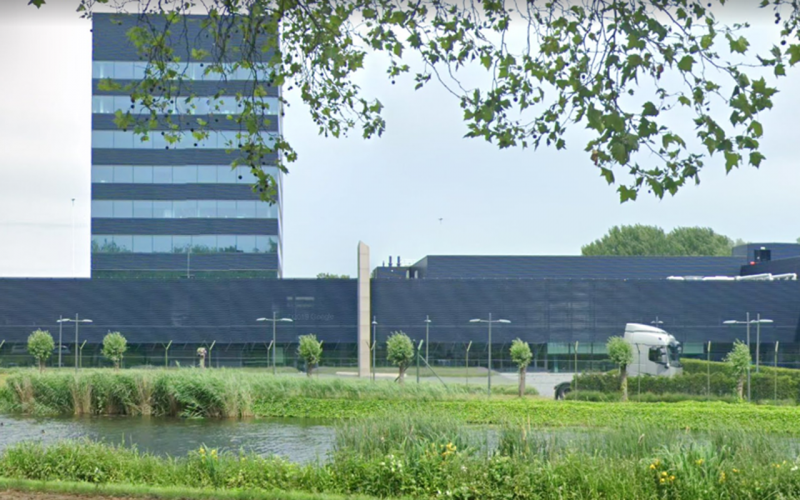 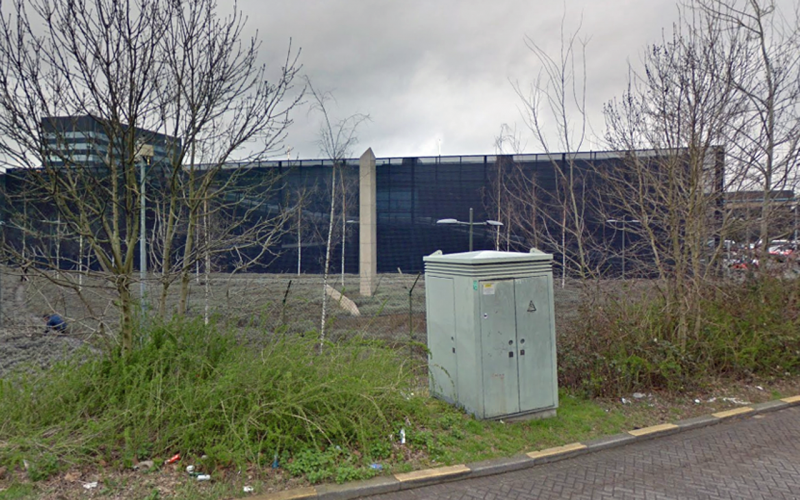 On the grounds of the Veilingweg complex of the Rotterdam-Rijnmond Police, there is a dichotomy of artwork by artist Coen Wilderom. Wilderom's work is constructivist in nature. His work shows affinity with the work of contemporaneous Lon Pennock. Wilderom has placed various marking marks and abstract works of steel in the public space. This work for the police station is made of polished pink granite. It consists of two triangular columns in two places, so a total of four columns. A 10-meter high column stands vertically at every spot, and a 10-meter long horizontal column lies on the ground next to it. The work is somewhat lost in its environment. Wilderom realized this sculpture in the percentage scheme, whereby 1% of the construction budget for police stations had to be spent on art.

Coen Wilderom (Bloemendaal, 1944) is an architect and sculptor. He studied at the Academy of Visual Arts in The Hague. From the 1960s he started to work spatially, in which he was particularly inspired by Constructivism. He often made sculptures that cannot be recognized as art, but more as objects for positioning. They serve as a beacon in space with the aim of indicating a viewpoint in the urban environment. In the 1980s he was involved as an artist in a city plan for Bergen aan Zee, which was ultimately not implemented. Together with Wim van der Horst, he has carried out assignments in the context of the Dapperbuurt project and the Agniesebuurt project (1981–1984).