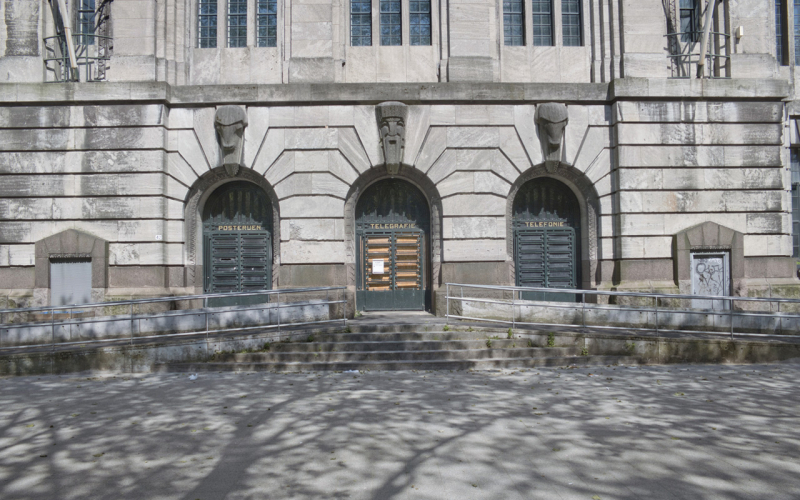 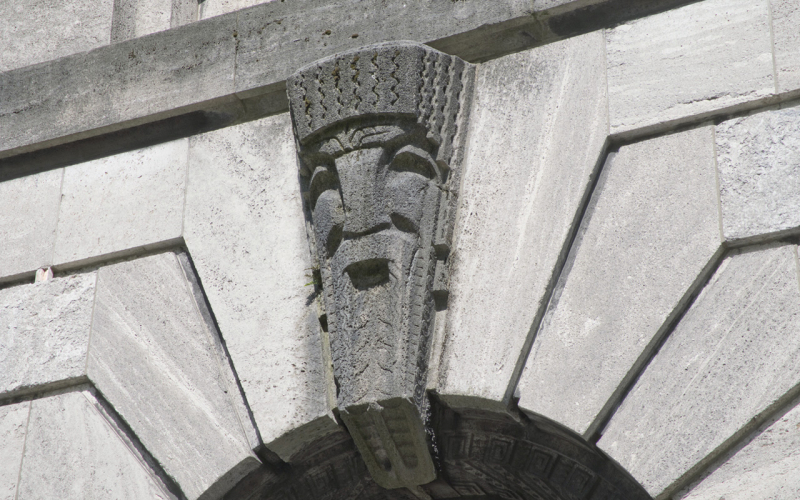 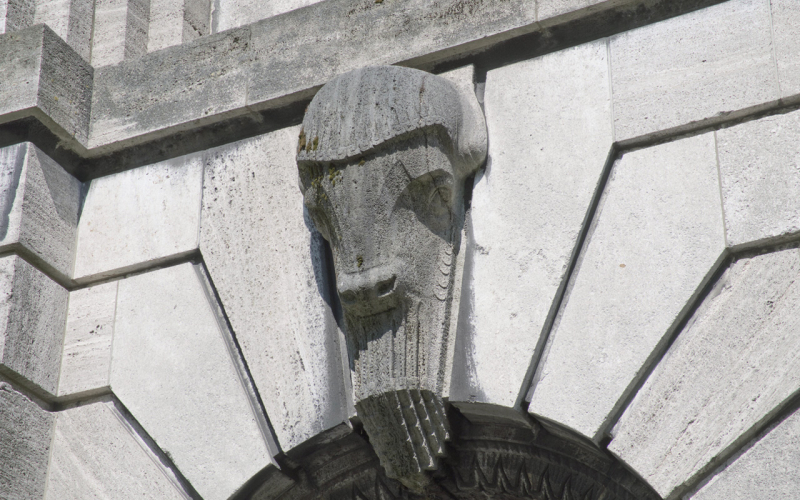 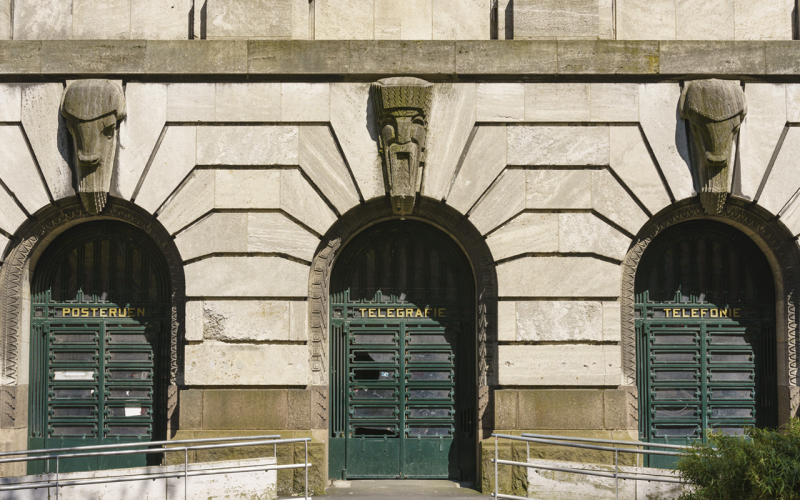 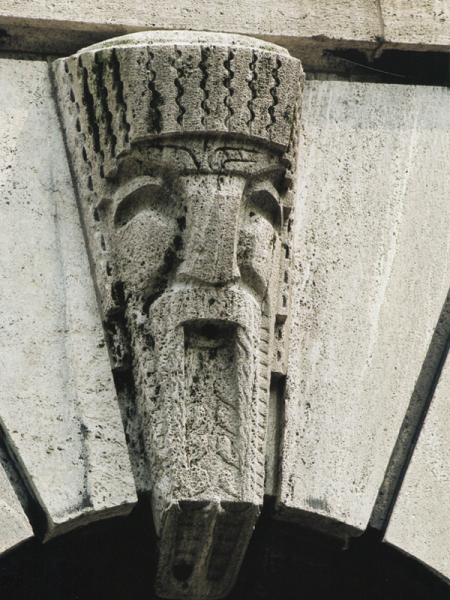 The former main post office on Coolsingel was built between 1915 and 1922 to a design by architect Gustav Cornelis Bremer (1880-1949). During the bombing of 1940, the building suffered minor damage, as did the adjacent town hall. Since 2000, the main post office has the status of a national monument. Sculptor Joop van Lunteren made various facade reliefs for the four-storey building, including these three figurative statues above the three entrances. In the middle, above the 'telegraphy' entrance, a head of a human figure can be seen. To the left and right of it, above the 'post office' and 'telephony' entrances, the head of an ox is depicted. Van Lunteren had developed an almost surreal sculptural style from a classical background, a mix of ancient styles – Assyrian and Egyptian – in a mystical and symbolistic result. It was a unique signature, which is particularly evident in this assignment. Not only his special visual language stands out, but also the way in which he portrays his subjects, the compositions and silhouettes. The post office has been out of use since 2007. Part of the building has been demolished to build a residential tower with a hotel and shops.

Johannes Petrus Henricus van Lunteren, aka Joop, (Vrijenban (Delft), 1882 – The Hague, 1958) was a Dutch sculptor. He attended the School of Applied Arts in Haarlem. After his training, he often collaborated with architects and sculptors they recruited to embellish large building projects for governments and companies with sculpture. Under the direction of Hendrik van den Eijnde, Van Lunteren worked with Hildo Krop, Anton Rädecker and Jan Havermans on the many ornaments of the Scheepvaarthuis (1916) in Amsterdam. This sculptor's studio then gave a major boost to the revival of stone sculpture, where stone carving could be learned again. As a sculptor and monumental artist, Joop van Lunteren worked in Rotterdam, The Hague, Amsterdam, Enschede and Maastricht, among others. The artist lived in The Hague until his death in 1958.