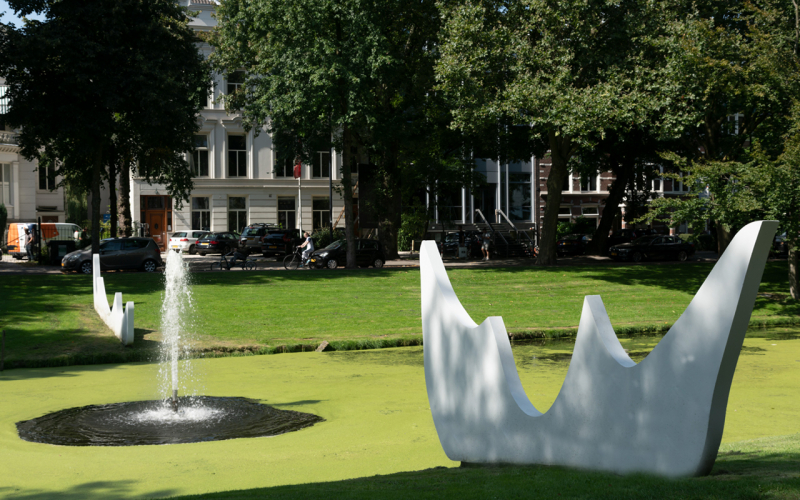 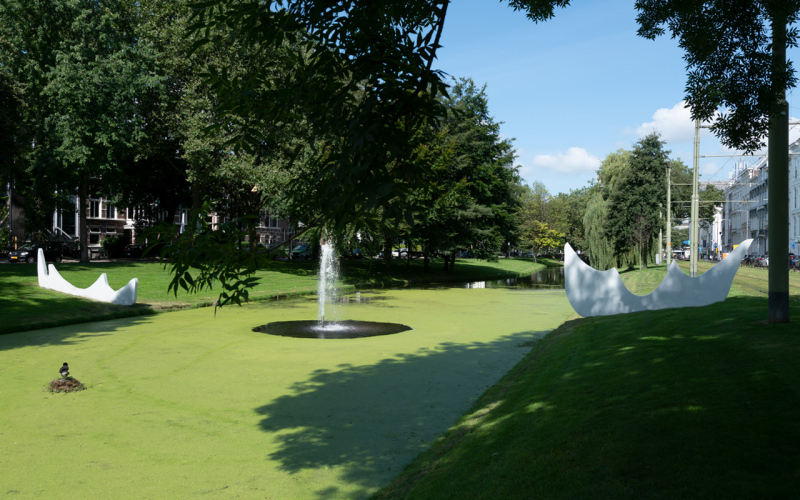 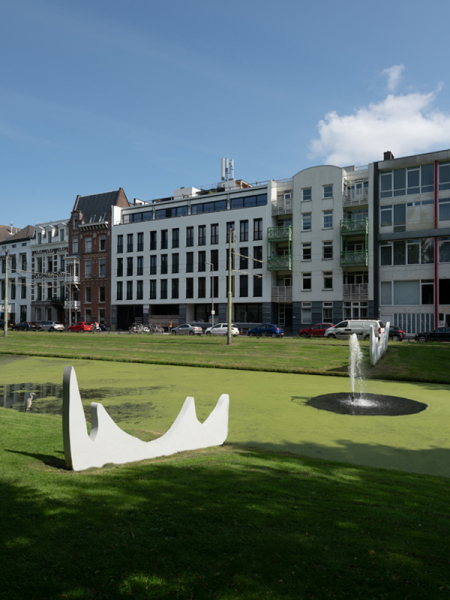 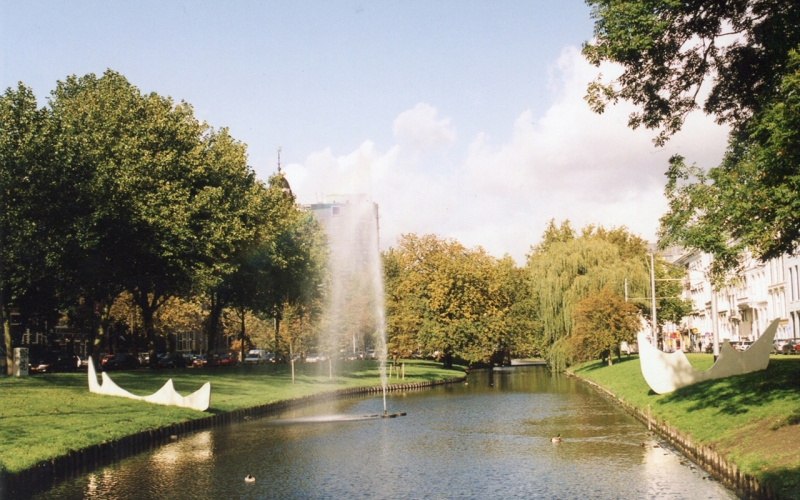 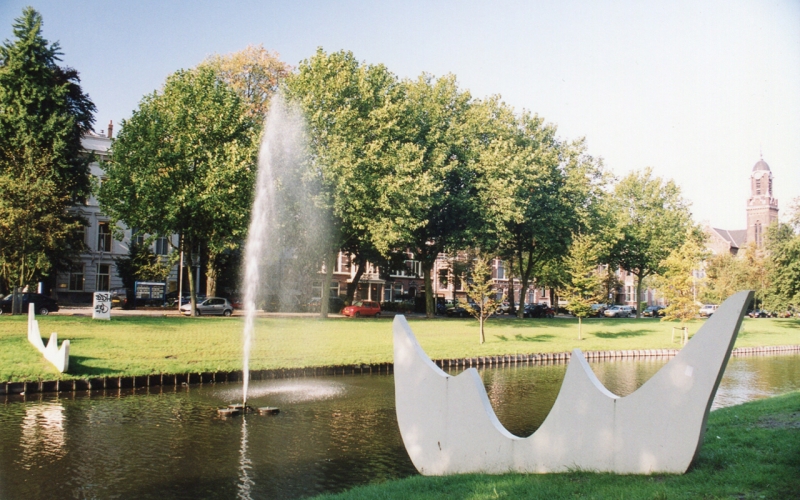 In 1988, on the occasion of the art manifestation 'Sculptures in the city', a number of temporary and permanent sculptures were placed by internationally leading artists, including this work of art by Richard Artschwager. He borrows elements from reality and uses everyday materials, such as plastics with emphatic prints and textures. His statue on the Westersingel is made of white concrete, abstract and fairly elegant in shape. With this Artschwager plays with the cliché of art in public space. Many images from the 1960s and 1970s live up to that cliché. The statue is formless and nameless, but Artschwager gave the statues names, which change seasonally: in the spring the work is called Bloem, in the winter Ice, during the summer Flame and in the fall Hek. His formless image, for example, is a kind of projection screen on which any desired clichéd association can be projected. The image is popularly nicknamed Salivating received. For more information: Sculpture International Rotterdam.

The oeuvre of the American Richard Artschwager (Washington DC, 1923 - New York, 2013) covers fifty years and consists of paintings, drawings, photographic works and objects. He studied in New York where, among other things, he took painting lessons with the cubist painter Amédée Ozenfant. In his paintings and in his so-called 'furniture sculptures', he looks for contradictions between different visual aspects and perception. His materials often come from the mass industry, such as formica, plexiglass or scouring pads. His work has been compared to Pop Art, minimalism and conceptual art, but each time it appears that one or more deviating characteristics partially withdraw from those movements.