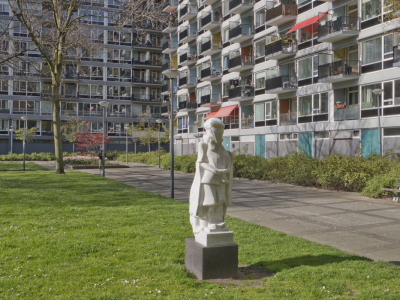 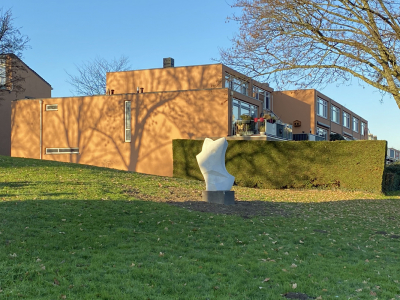 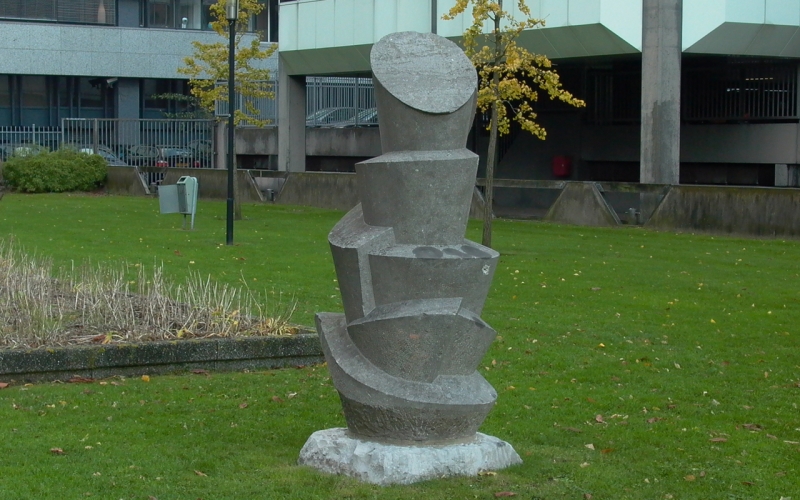 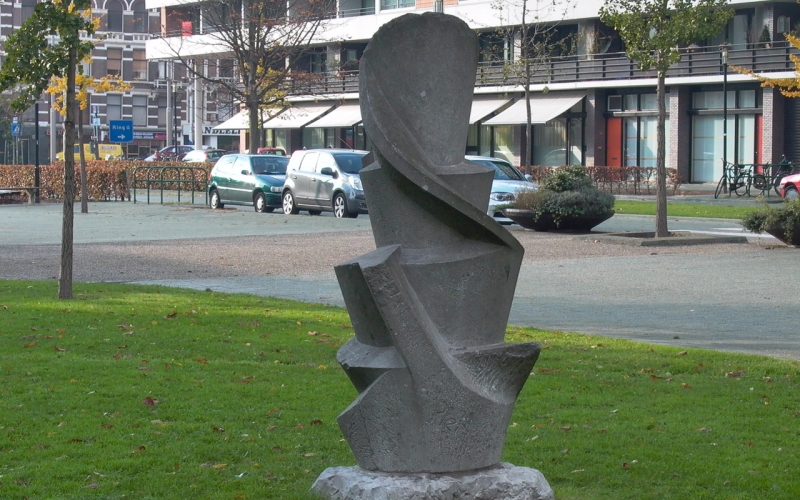 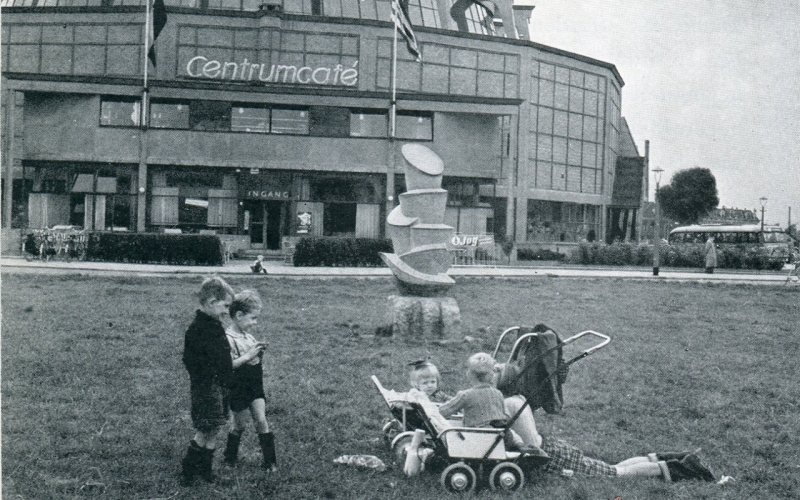 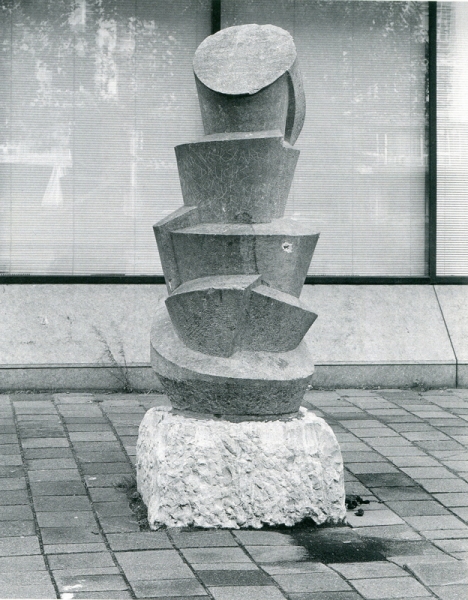 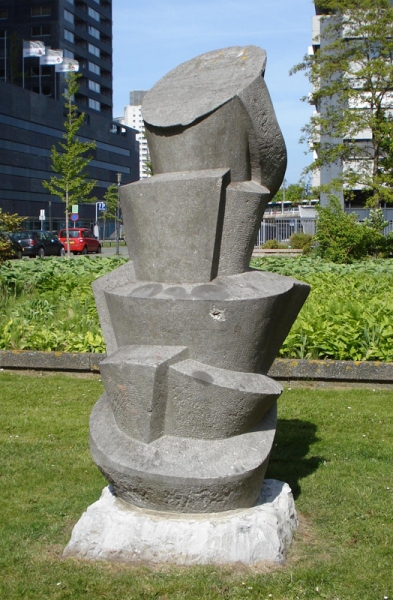 This statue by sculptor Piet van Stuivenberg was commissioned by the Rotterdam Art Foundation after the Second World War and was unveiled during 'Opbouwdag' on 19 May 1950. The statue is linked to the reconstruction period and was located on the Weena at the entrance of the Bouwcentrum. That was an organization with the aim of bundling building and living in and outside the Netherlands in order to create a better environment for people and society. This image was the first abstract image to be placed in Rotterdam. This marks the beginning of the government's deliberate involvement in art in public space. The sculpture is made up of five stacked fanning shapes and carved from one block of bluestone. Van Stuivenberg made the sculpture in a period when he experimented with abstract forms. He built up the sculpture from free organic forms, which he appropriately took from reconstruction in this case: the shapes are inspired by the spiral staircase that was located in the Bouwcentrum. It is a sculpture that fits in the tradition of 20th century sculpture. Due to construction work on the Gedempte Zalmhaven, the statue has been placed in storage.