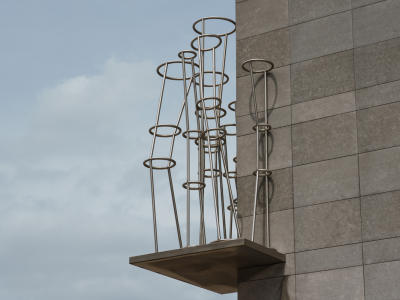 Gathering of the Tribes Michael Jacklin 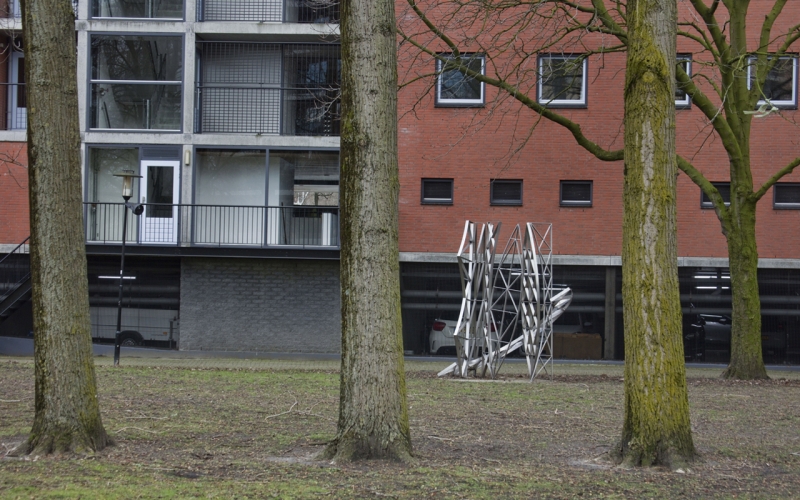 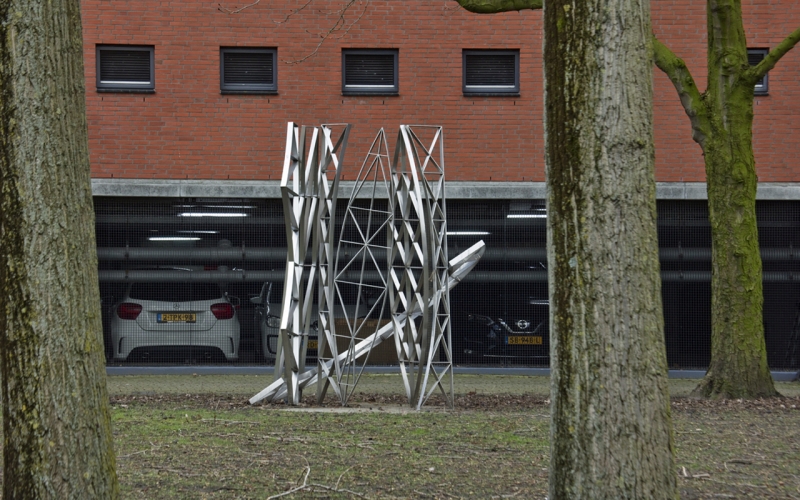 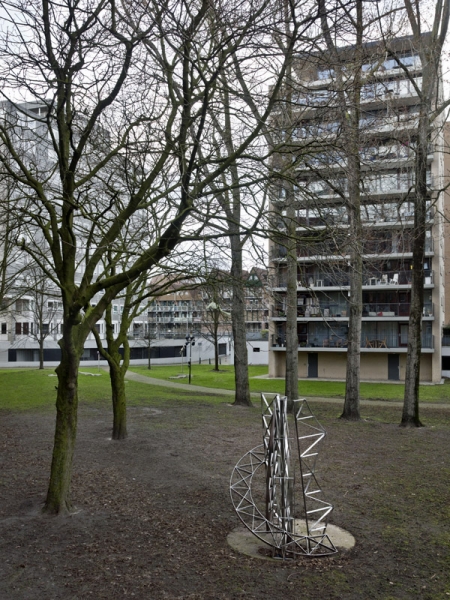 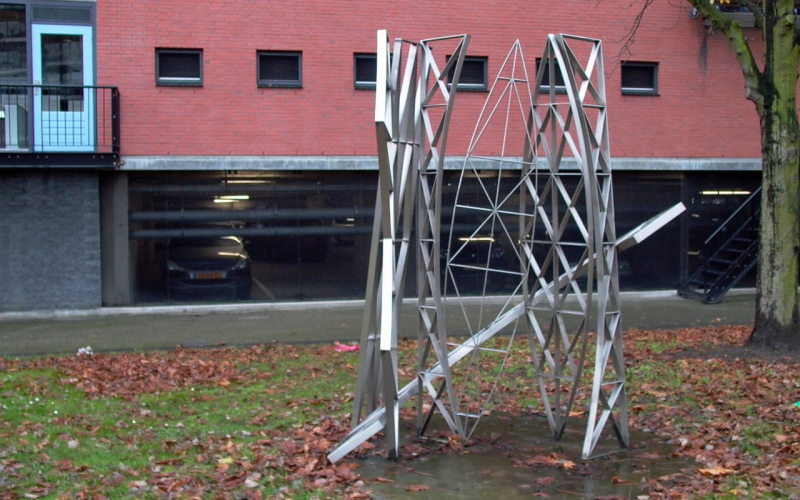 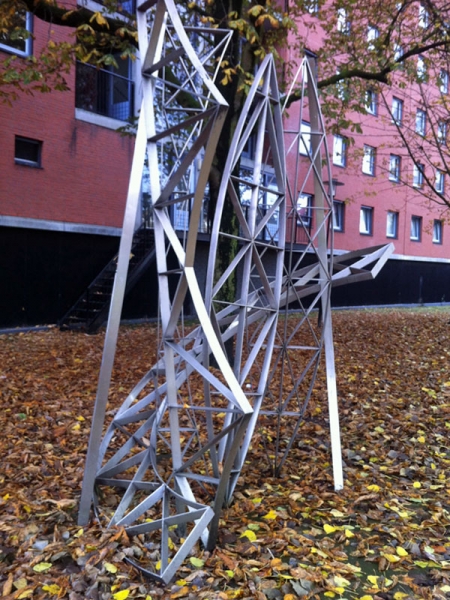 In 1994, artist Michael Jacklin presents a design for a work of art that should be placed under a green canopy of trees on Noordplein. It is an open stainless steel construction, consisting of four upright elements and two ovals, which are embraced by a semicircular shape. The work is reminiscent of supporting and supporting structures from architecture and bridge construction. The design was approved although the residents thought the color black was too gloomy and there was concern about climbing. The artist adjusted the color and the statue would be placed in the heart of the Noordplein. However, in 1995 it was discovered that the old monumental trees in the square were doomed by Dutch elm disease. Despite this, the statue was unveiled in the square in June 1996. Although intended for viewing, the statue was mainly used as a climbing and playing object, but it was not designed for that. For safety reasons, the work had to disappear from Noordplein. An alternative location was found: the public courtyard behind the houses on Goudsesingel, where the statue was unveiled for the second time in 1997.

Michael Jacklin (Amsterdam, 1956) studied at the Gerrit Rietveld Academy in Amsterdam and the Haarlem postgraduate art course Ateliers '63. Since 1984 he mainly makes sculptures of industrially manufactured iron with soft round shapes. In the 1990s his style tightened and he switched to abstract constructions, usually made of steel. Initially he was guided by minimalism inspired by architecture and bridge building. The images he makes later are, because of the open grid patterns, more transparent. Jacklin's work can be found in private and corporate collections, and in museums such as the Stedelijk Museum Amsterdam. In 1990 he received the Charlotte van Pallandt Prize. And in 2019 he received a stipend for proven talent from the Mondriaan Fund. Jacklin lives and works in Amsterdam.