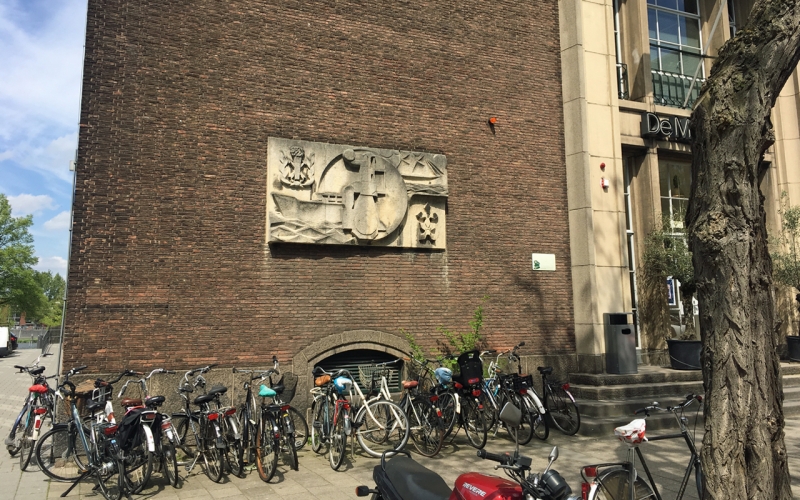 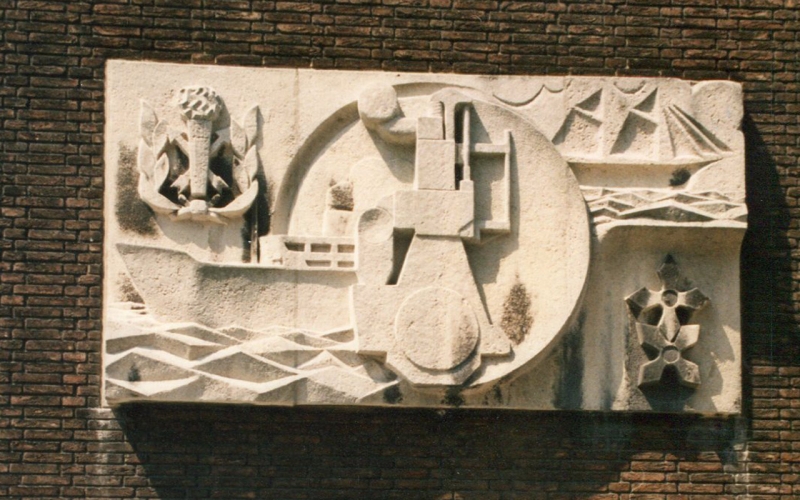 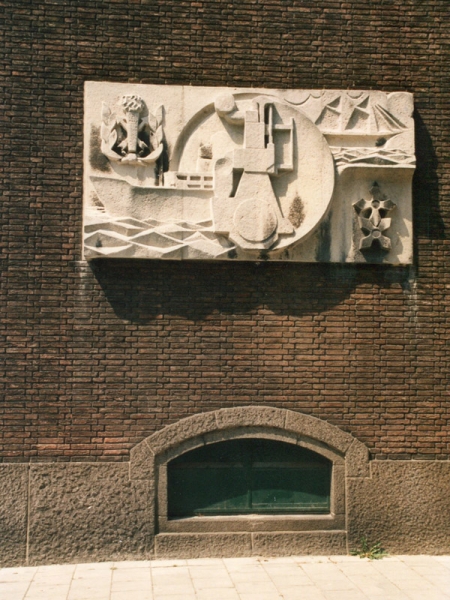 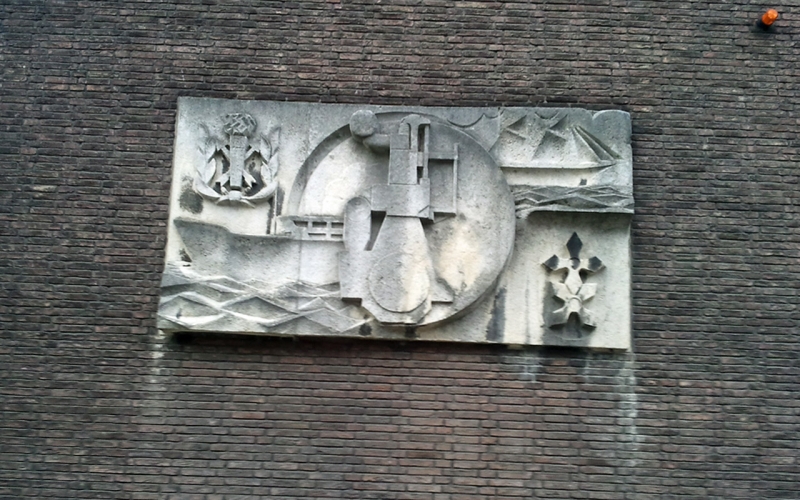 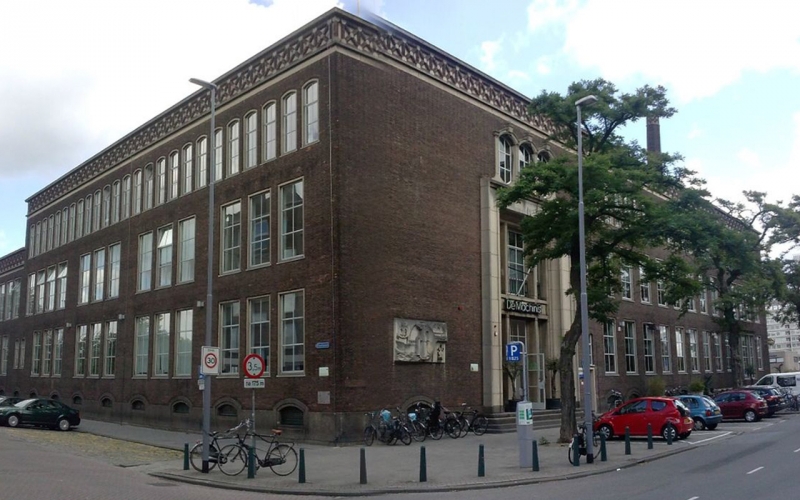 This L-shaped building was built between 1944 and 1949 and was designed by the architects Cornelis Elffers and BJK Cramer. The train driver's school for the merchant navy was located here. There are various references to this in the large protruding facing brick of Adri Blok to the left of the entrance. At the bottom left and top right, merchant ships are depicted on beautifully executed triangular waves, referring to the port area, which was located here at the time and is still important to Rotterdam. It is connected by a large circle in the center, depicting a technical element from the engine room. A weapon is visible at the top left. The low relief has a beautiful constellation of shapes and elements. Later the building was used by the Shipping & Transport College. Since 2014 it has been home to café-restaurant De Machinist. The building is a national monument.