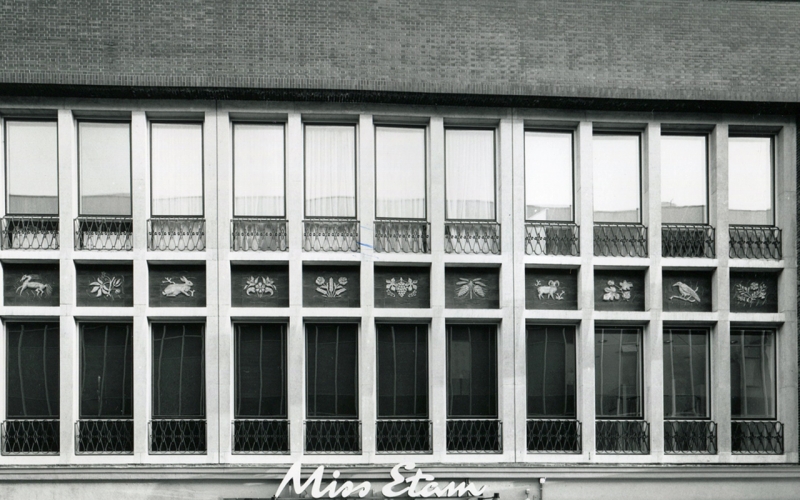 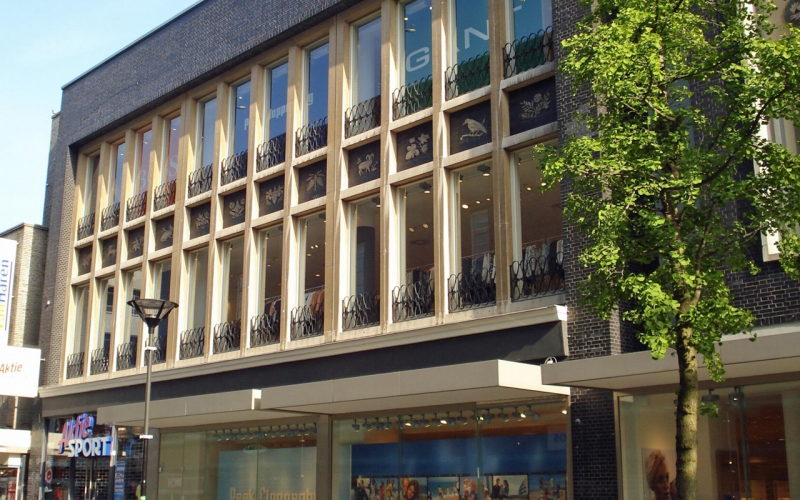 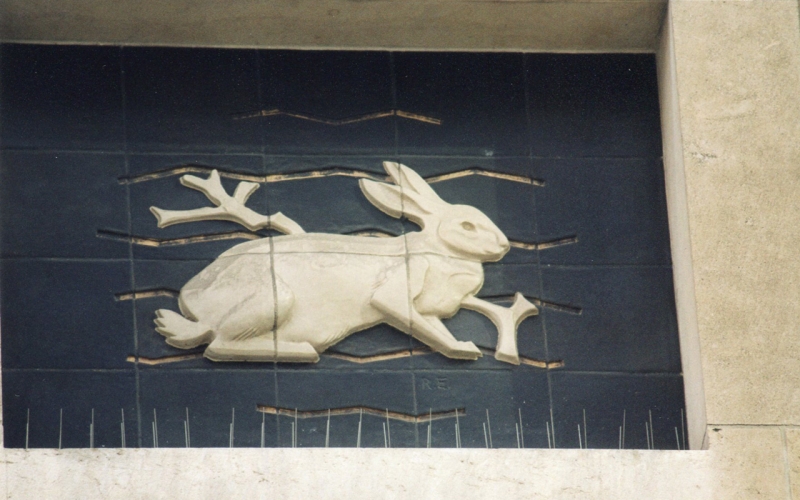 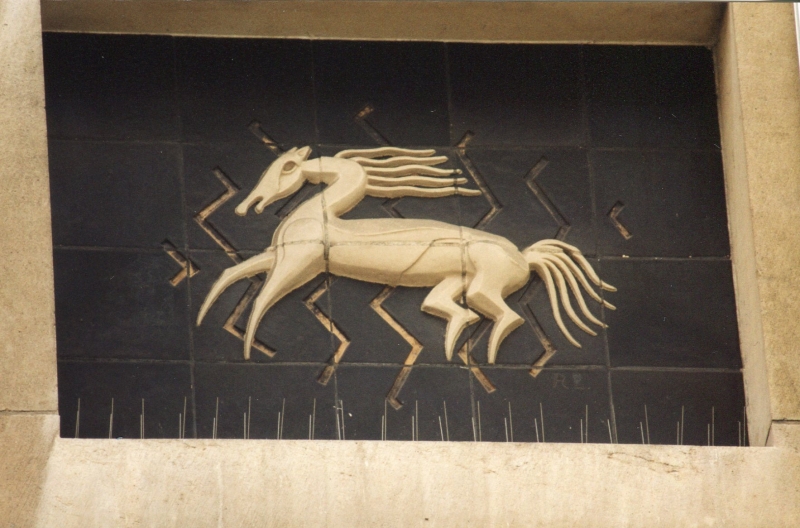 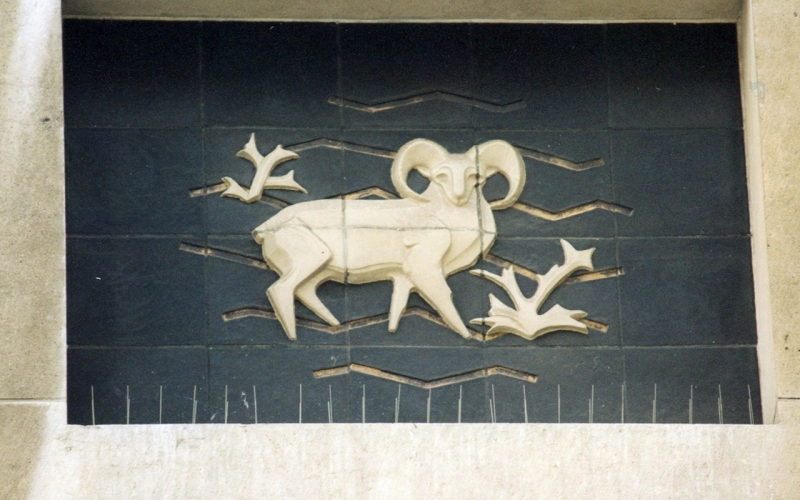 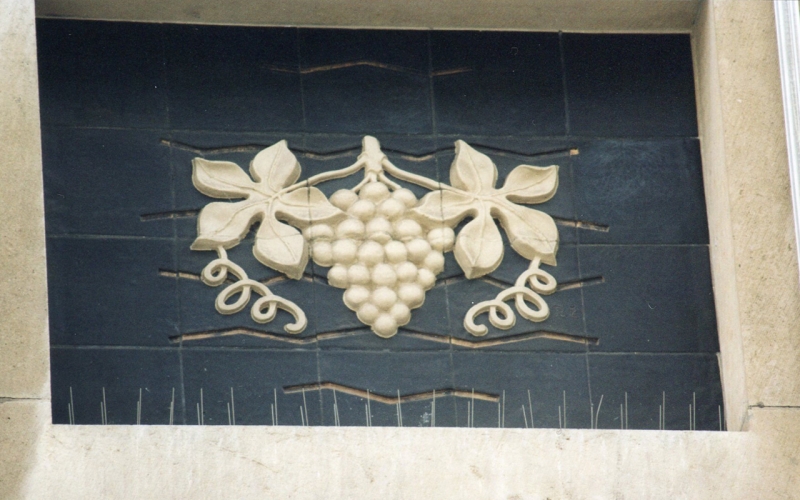 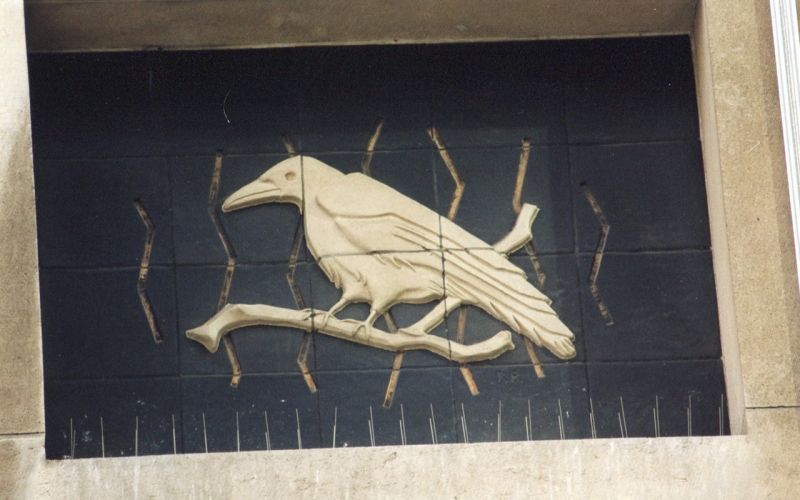 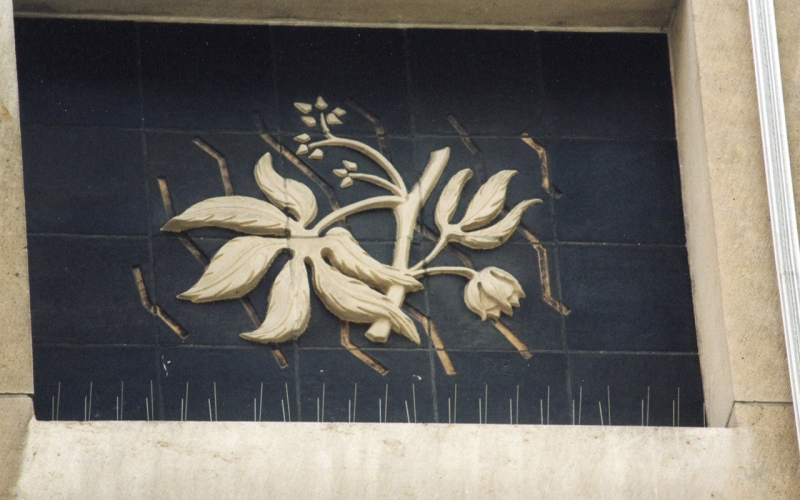 This now municipal monument is located on Hoogstraat 198 with a tile panel on the façade by artist Maria Bakker-Elias, also known as Riet Elias. The building was designed by the Kraaijvanger brothers in 1953 for the Lampe fashion store. Nowadays there is an Action sport and a part of Peek & Cloppenburg. 12 ceramic tiles with various plant motifs and animals on it, such as a ram, rabbit, horse and a crow. This decorative work was made during the construction of the then new shop premises. The work fits well within the architecture. The facade decorations of Hoogstraat 196, 198 and 200 can be considered together as an ensemble of the reconstruction period.

Maria Bakker-Elias (Rotterdam, 1919 - Boxmeer, 2010), also known as Riet Elias, studied at the Academy of Visual Arts Rotterdam. She was a sculptor, mosaicist and ceramist. After living and working in Rotterdam for a while, she moved to Boxmeer in Brabant in 1960. She was married to visual artist Joan Bakker, several of which are present in Rotterdam.