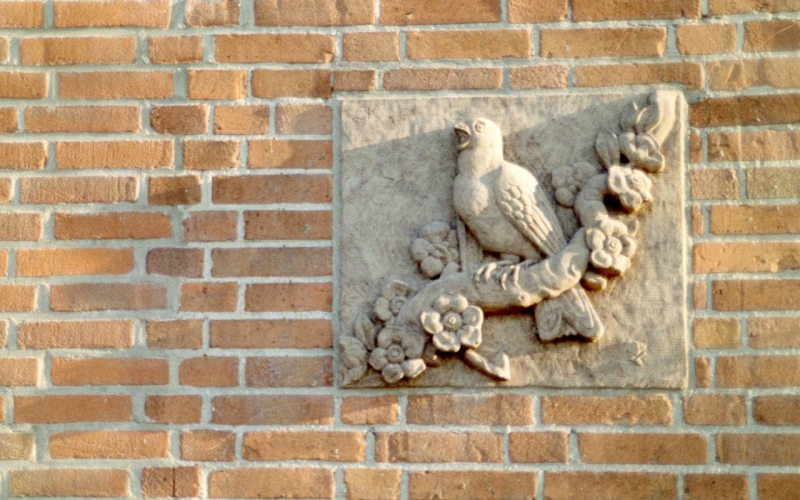 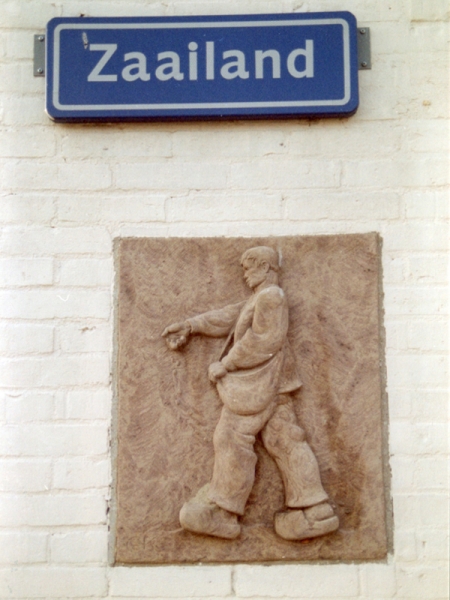 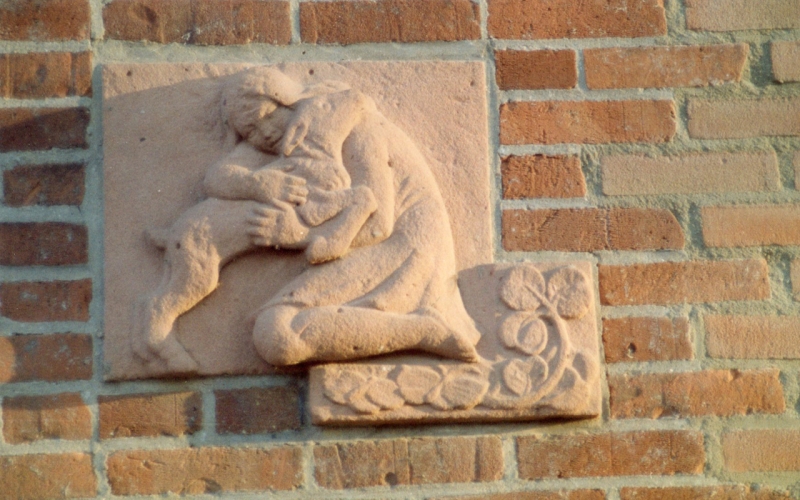 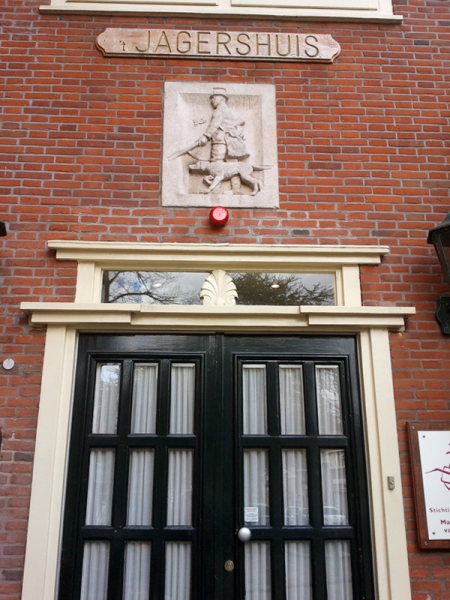 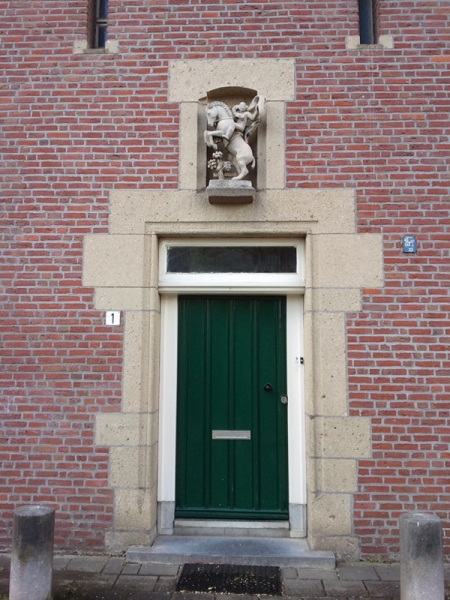 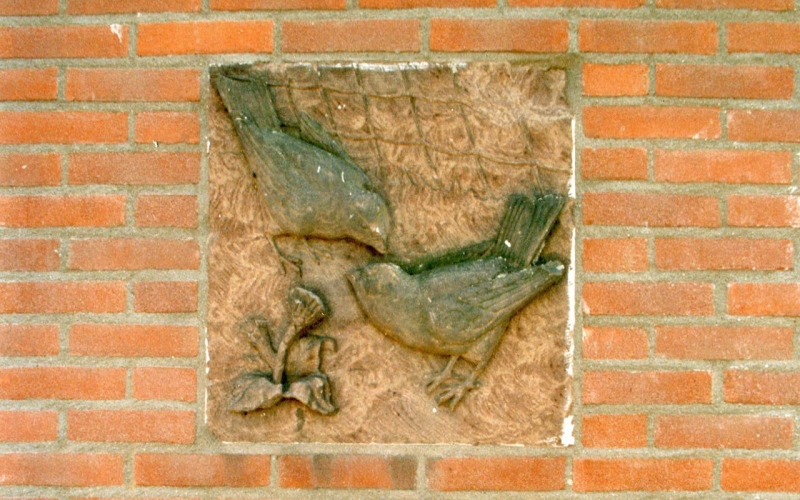 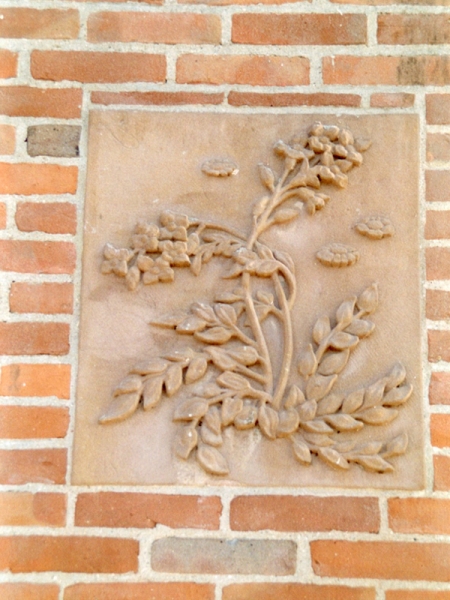 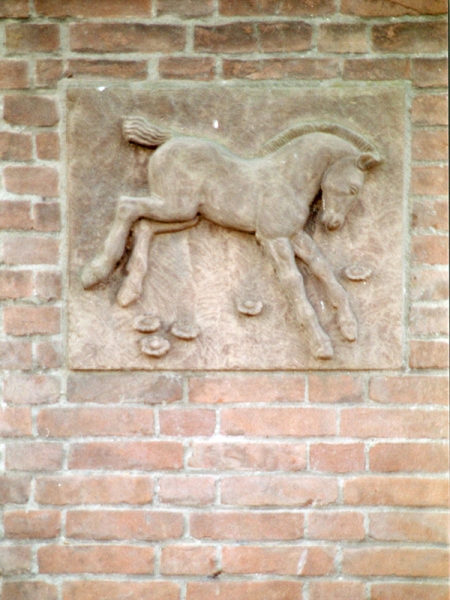 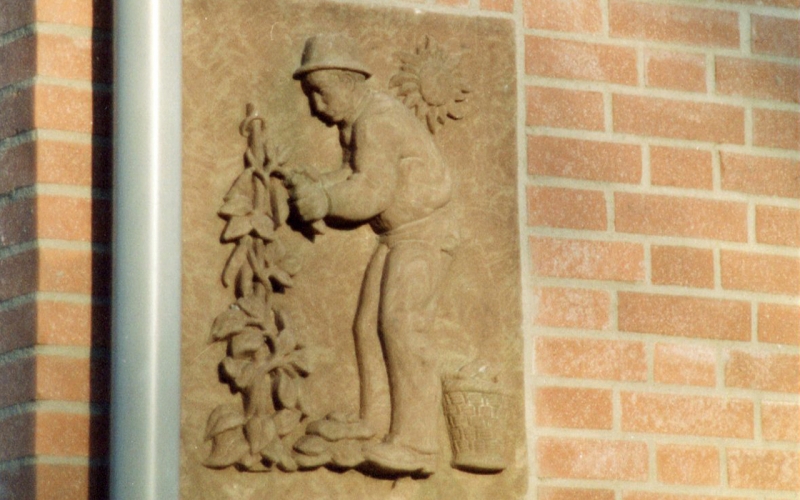 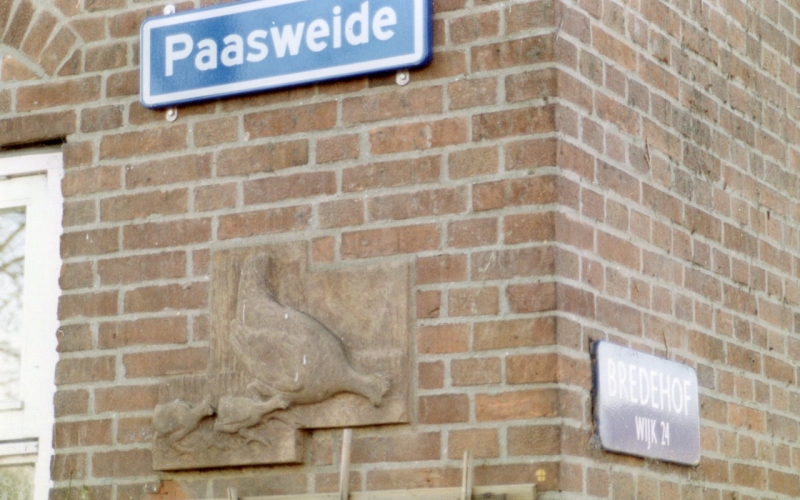 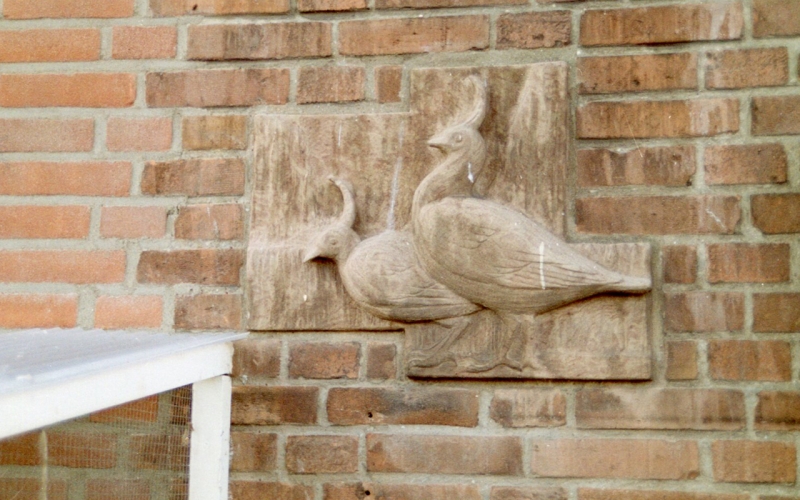 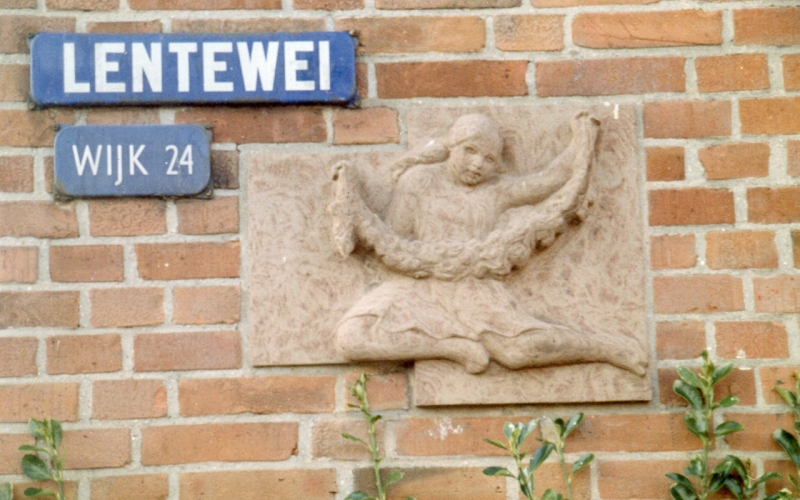 This series of decorative facing bricks was made for the latest expansion of garden village Vreewijk, namely garden village De Vaan, located between Dordtsestraatweg and Vaanweg. The name is derived from the Vaandrager family, who used to own a farm estate. The garden village was built during the Second World War. Sculptor Cor van Kralingen made a series of ceramic reliefs that deal with nature, peasant life and seasons. He did that in a figurative style, which was somewhat more stylized with some reliefs than with others. The facing bricks of approximately 50 x 60 cm can be found on the ends of terraced houses, throughout Vreewijk. They are installed in the brickwork and positioned at eye level. They match the village character of the garden village. In this way the artworks complement the ideas of Granpré Molière, who developed this garden village as a village in the city. In total there are 12 reliefs, namely 'Sower', 'Girl with lamb', 'The hunter', 'Vane carrier', 'Finches',' Leaves', 'Donkey', 'Tree planter', 'Finch', ' Chicken with chicks', 'Two chickens' and' Girl with wreath '.

Cor van Kralingen (Rotterdam, 1908 - Mijnsheerenland, 1977) was a sculptor and illustrator. For the Varagids and publisher Thieme, he made many pen drawings between 1935 and 1960, among other things. During the reconstruction period Van Kralingen was able to design reliefs and facing bricks in Rotterdam. He designed it Twentsch Ros (1948) on the roof of the then Twentsche Bank on the Blaak and the eight animal figures of the Hofplein fountain (1955). He also made a number of war monuments, such as Falling man (1951) en Woman with pigeon (1965) at the war graves on Cemetery Crooswijk, and the Ttraveling woman (1958) on the Goereesestraat in Charlois. His style was characterized as invariably figurative. He liked simplicity and a classically oriented beauty.