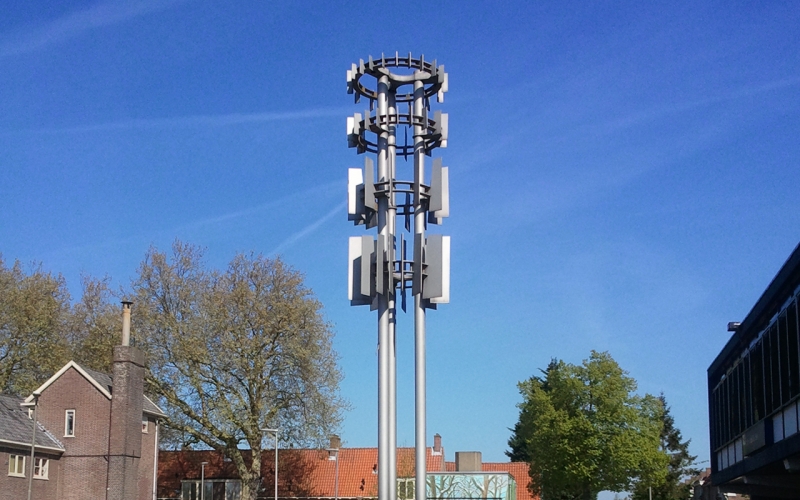 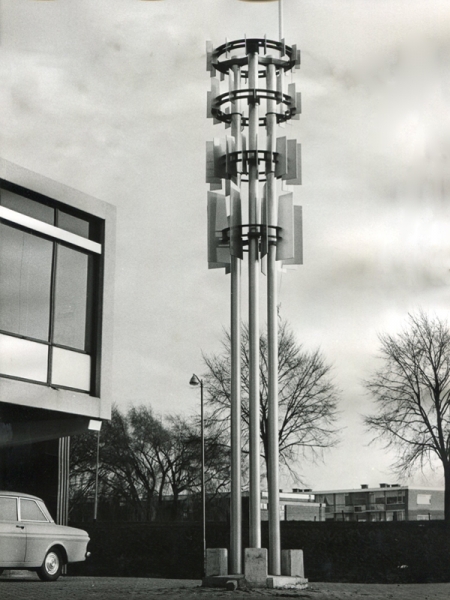 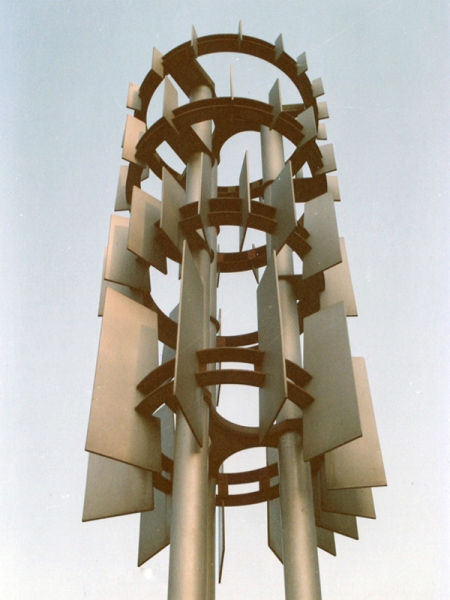 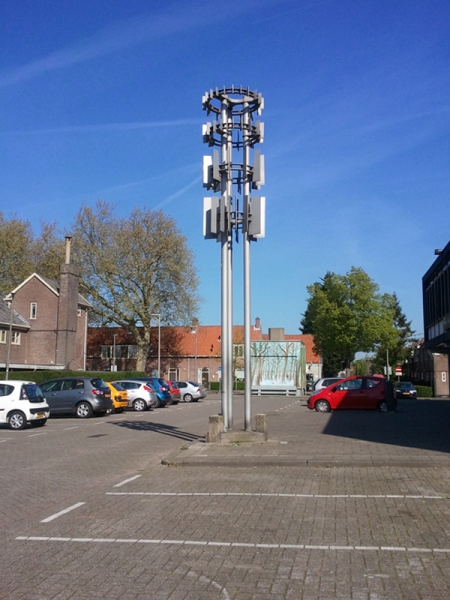 At Sports Hall De Enk in Vreewijk, there has been a six-meter-high aluminum column since October 1967, which was made by sculptor John Grosman. The artwork was created in the percentage scheme during the construction of the sports hall. The work has an industrial character. The second half of the XNUMXs saw rapid developments in Grosman's work. His sculptures become more constructivist and more abstract. His sculpture at the Enk is created in the same year that he has an exhibition in 't Venster, about which the NRC writes the following:'One of his fairly large constructions in the room shows once again… that he started with a design language of rectangles, somewhat à la Mondrian. This was followed by more original work in spherical compositions composed of segments and ovals. The material is aluminum. With successful results he strives for kinetic art, which produces the effect of rhythmic movement in the counterplay of the transparent and the closed in his compositions. There is balance in the proportions and the compositions clearly form a unity. However, the end result remains somewhat on the decorative or ornamental side. (…) Grosman seems to be making good progress in his new phase.'The exhibition will be followed by various commissions for public space throughout the Netherlands.

John Grosman (Delft, 1916 - Zwolle, 1970) attended the art academies in Amsterdam (1936-1939) and Arnhem (1939-1955). In Arnhem he founded the first professional 'cire perdue' bronze foundry in the Netherlands with his brother Dirk. He perfected the cire perdue technique, which he had learned from his teacher Jacob van de Hof. It is a method in which the wax is lost in the mold, so that casting can be done in one piece without dividing seams. The company moved to Velp in the late 1953s. Ossip Zadkine, Piet Esser, Wessel Couzijn, Lotti van der Gaag and Charlotte van Pallandt, among others, had sculptures cast there. After the war, Grosman taught 'space art' in secondary architectural education for ten years. As a draftsman and especially as a sculptor he worked in themes such as animals, women, figure representations, in increasing abstraction. He was active in the arts field through his membership of various associations. In XNUMX he received the culture prize from the city of Arnhem. He was a successful artist who fell into oblivion after his early death in a car accident.