Rickey is back on the Binnenwegplein 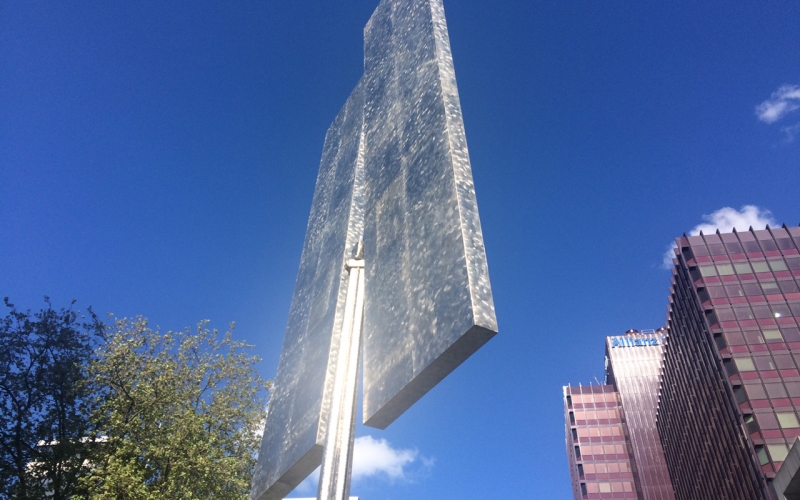 Two Turning Vertical Rectangles, the artwork with those two large rotating plates made by visual artist George Rickey, is back on the Binnenwegplein. In 2015 one of the plates was badly damaged by a truck. The restoration was completed earlier, but replacing the plates was not possible before due to all the demolition and construction work in the vicinity of the artwork. And something had to be thought of to prevent the artwork from being damaged again. Movable posts have now been fitted around the statue, which only lower when maintenance is required on the statue. After a five-year absence, the work was reinstalled on Monday 7 September and the kinetic sculpture is Two Turning Vertical Rectangles to behold again in the center of the city.