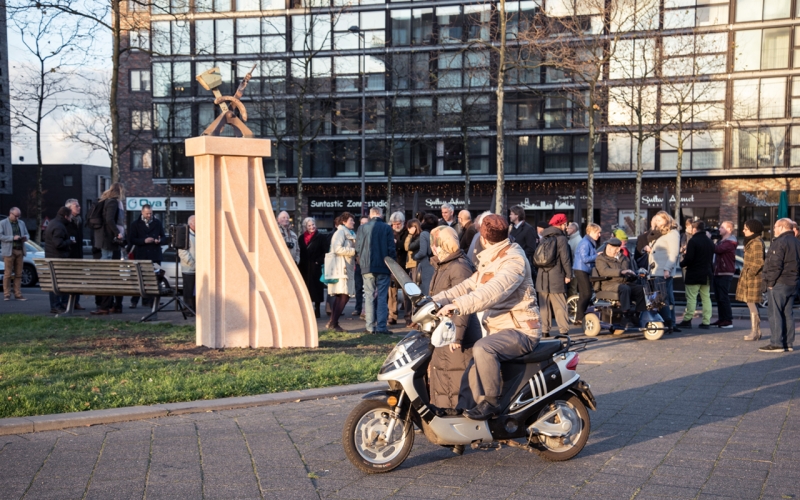 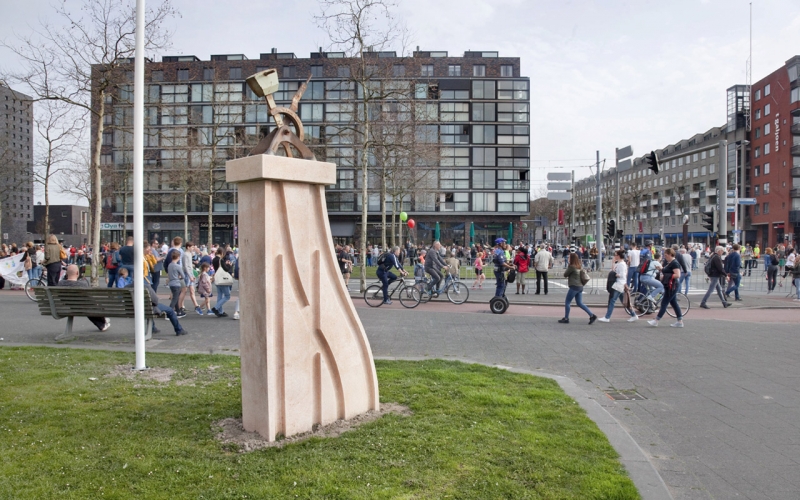 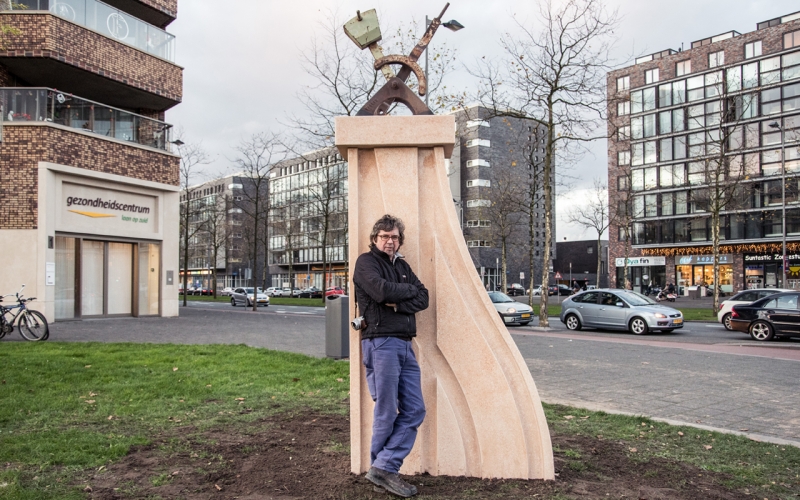 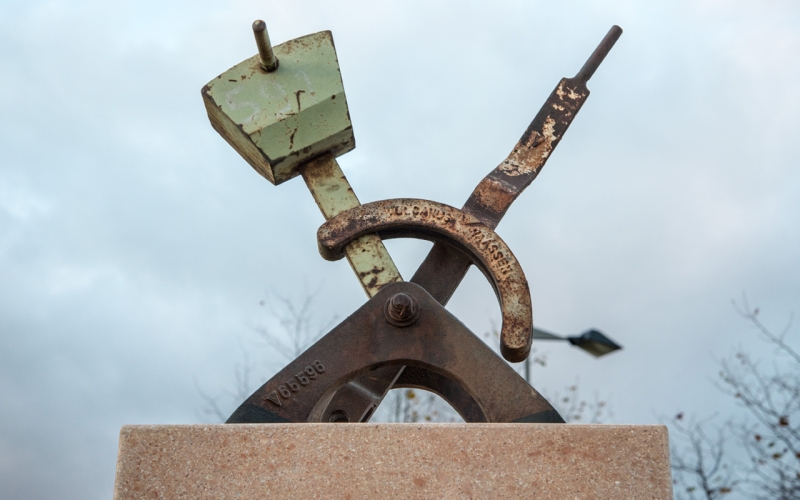 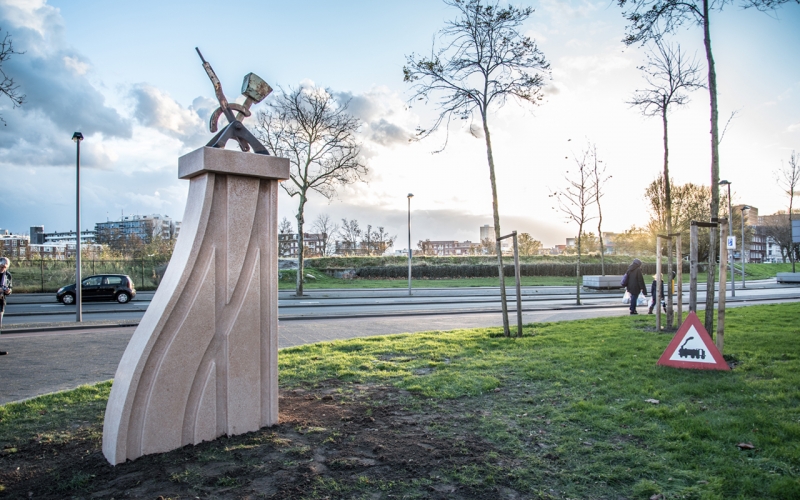 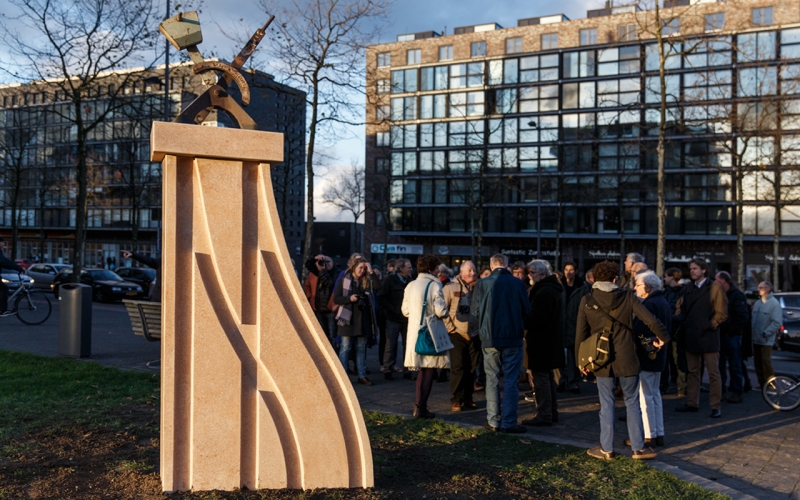 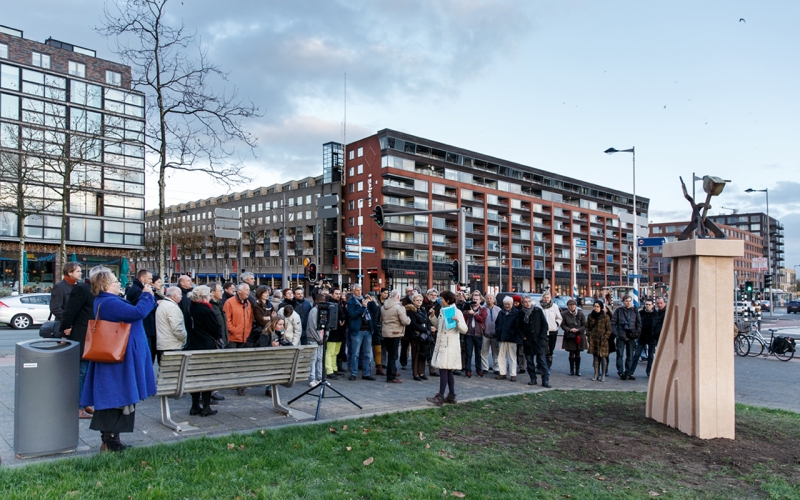 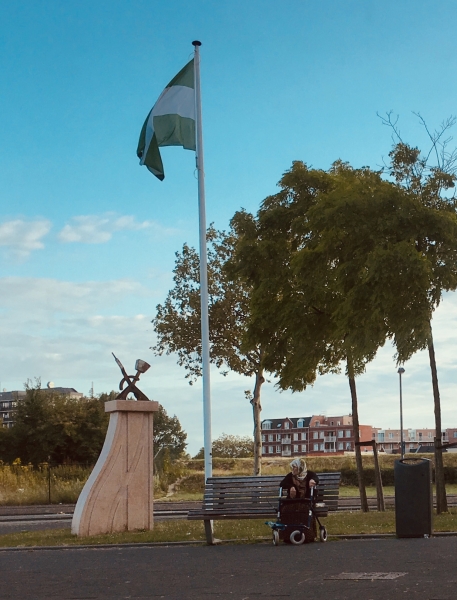 Until well into the 20th century, daily train traffic ran through the streets of Rotterdam South. A large and extensive rail network, which extended from the port of Rotterdam to the rest of Europe, has gradually disappeared due to the restructuring of the district. As a reminder of these railway lines, which were so defining for the street scene, one original manual change of the track across the Brede Hilledijk was spared by residents. Their efforts have resulted in this manual switch being given a place in the district as a reminder of the lost train tracks. The hand change stands on a salmon-colored terrazzo plinth, which represents a track switch after a design by artist Nico Parlevliet. This one was created in collaboration with art and terrazzo company Zuliani. On November 20, 2015 The hand change festively revealed.