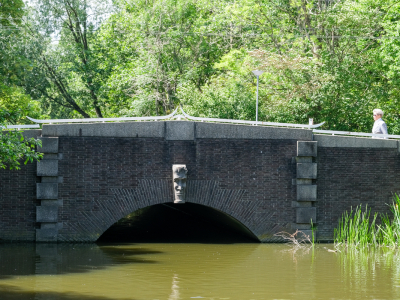 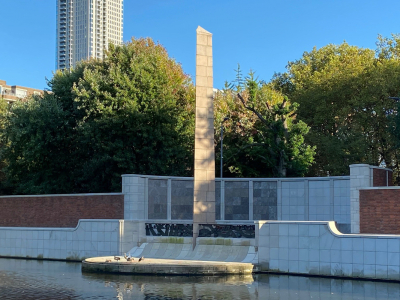 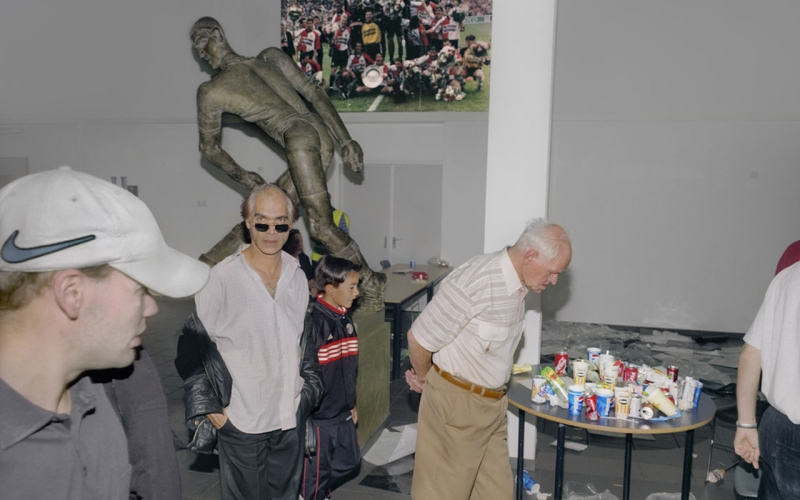 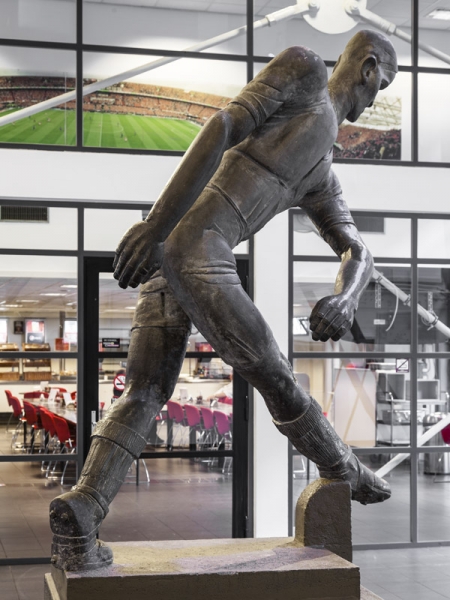 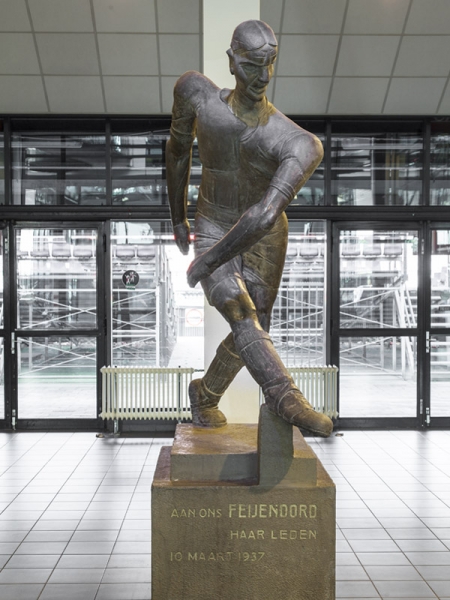 The image The football player was made in response to the completion of De Kuip in 1937 of the Rotterdam Football Association. Artist Henk Chabot was commissioned by the Commission to present an image to RV & AV Feijenoord. Like the stadium, the statue had to be made of reinforced concrete. Chabot, originally a painter, designed the statue in accordance with the idea that prevailed among artists in the 30s: workers had to be designed in a primitivist way to indicate that they had not been corrupted by civilization. In those days, football was a real working class sport and Chabot gave the statue a stocky build and disproportionately broad shoulders and thick forearms. In The football player the curves of the stiff armor in the concrete can still be recognized. According to newspaper De Telegraaf, an unveiled image of a beautiful man of strong health had been in place in the stadium at the unveiling in 1937, not this sick person. The criticism has faded again. The image is expressive, but stylized. Chabot was inspired by archaic and Romanesque sculptures. He also looked at reliefs from Ancient Egypt and displayed (seen from the front left) legs and head and profile, while the trunk is frontal. The football player makes a dynamic kick motion, with the hull turned in. For more information: Sculpture International Rotterdam