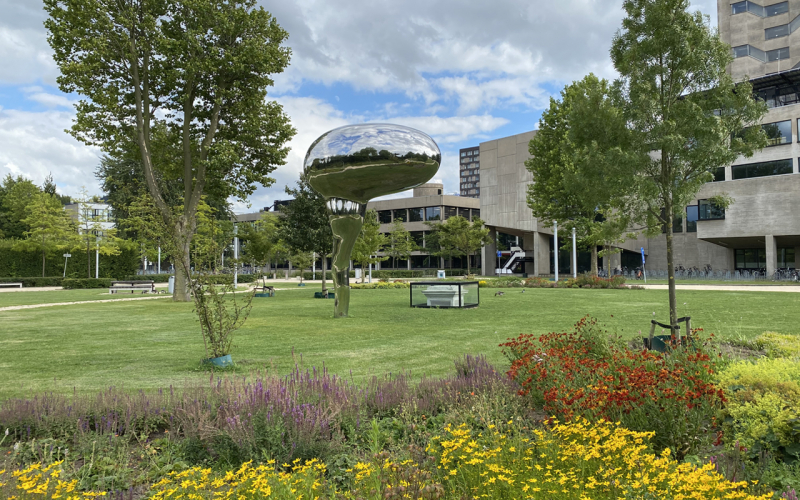 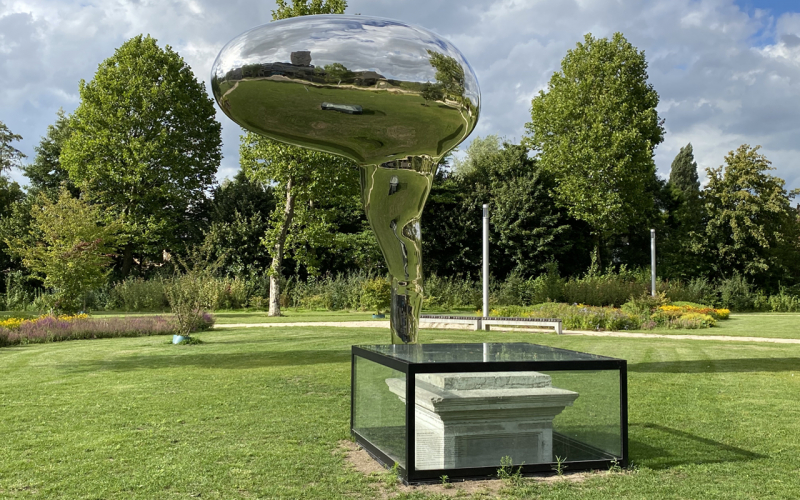 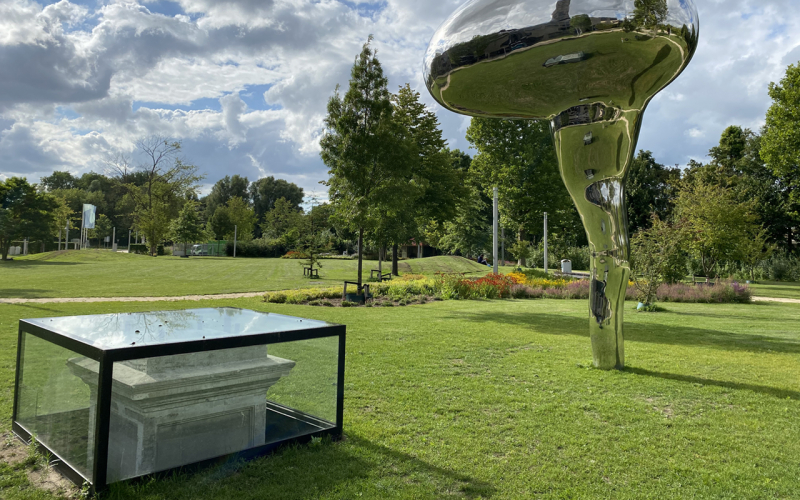 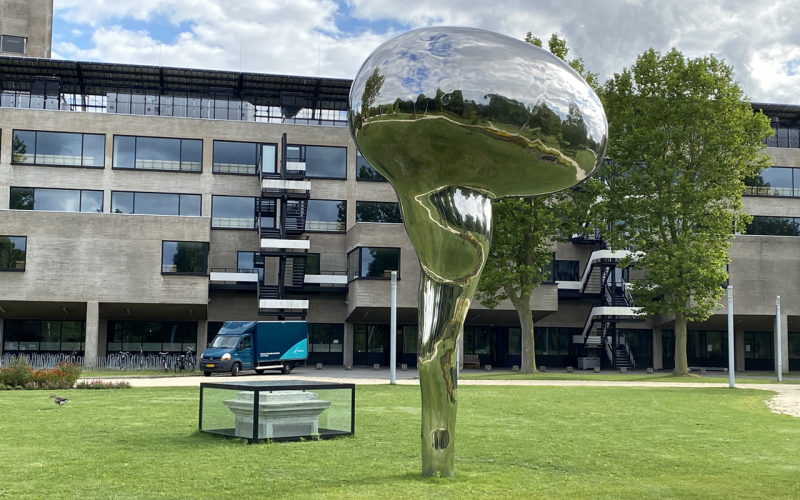 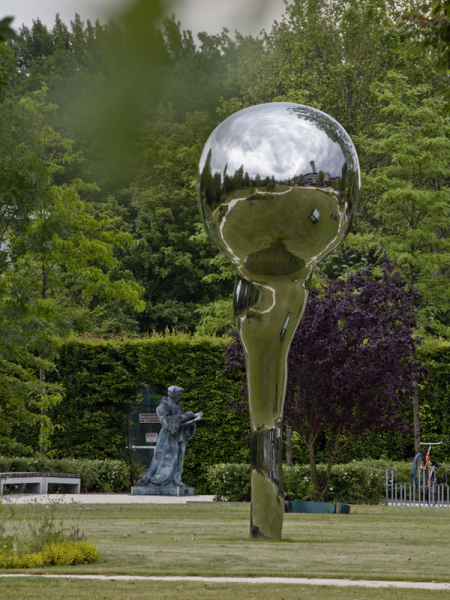 Monday 3 September 2018, the day of the opening of the 2018-2019 academic year, the work of art was created on the renovated Woudestein campus of Erasmus University Rotterdam. Der Stein des Weisen by artist Kathrin Schlegel revealed. Der Stein des Weisen consists of a large specular sculpture, which in terms of shape is halfway between a speech and thought cloud, and the original 17th century plinth of Erasmus placed in a large glass display case. The reason for awarding the art commission was the removal of the beloved work of art 'The eggs'by Hans Petri at the entrance to the Woudestein site in 2011. The EUR Executive Board then expressed the wish to realize a new iconic work of art for the campus. Three artists were commissioned to make a sketch idea, asking them to build the 1622 plinth of erasmus, made by sculptor Hendrick de Keyser, to be included in the design. Schlegel made the plinth an integral part of her design and was commissioned in 2012. After expert advice, it was decided to place the plinth in a glass display case, so that the historical information will not be lost due to further erosion. The pedestal is placed next to a large specular cloud shape, reflecting the viewer and his surroundings. Der Stein des Weisen thus invites the viewer to follow in the footsteps of Erasmus, reflect on the philosopher's thoughts and reconsider his legacy. At the unveiling, a publication was also presented about the creation process, the context and meaning of the artwork. This publication is here to find.

Kathrin Schlegel (Nordhorn - Germany, 1977) studied at the Academy for Art and Industry (AKI) in Enschede and the Münster art academy in Germany. She subsequently obtained her master's degree in Art and Public Space at the Sandberg Institute in Amsterdam. Her work consists of subtle interventions, audiovisual and archive projects to space-filling installations and monumental images in public space. Schlegel works in dialogue with a given setting or location and exposes (forgotten) meanings in it. She combines contemporary technologies with traditional craftsmanship. Her work offers room for reflection and sometimes even offers solutions. Since 2000 she has exhibited in various countries, such as the Netherlands, Germany, Finland, China and the US. She lives and works in Amsterdam.