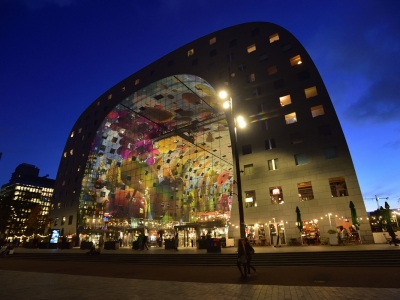 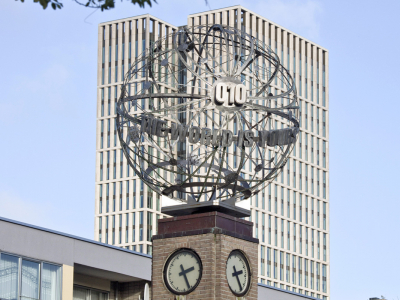 The World is Yours Arno Coenen Iris Roskam

The voices of blood in my handkerchief (2004) Arno Coenen 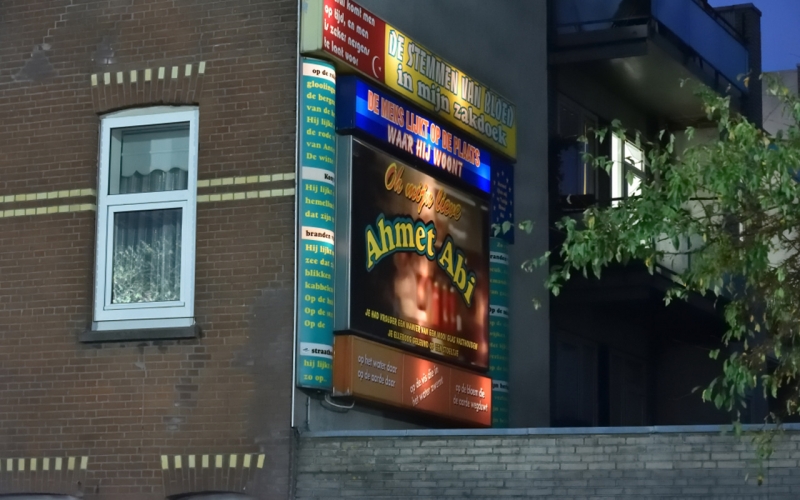 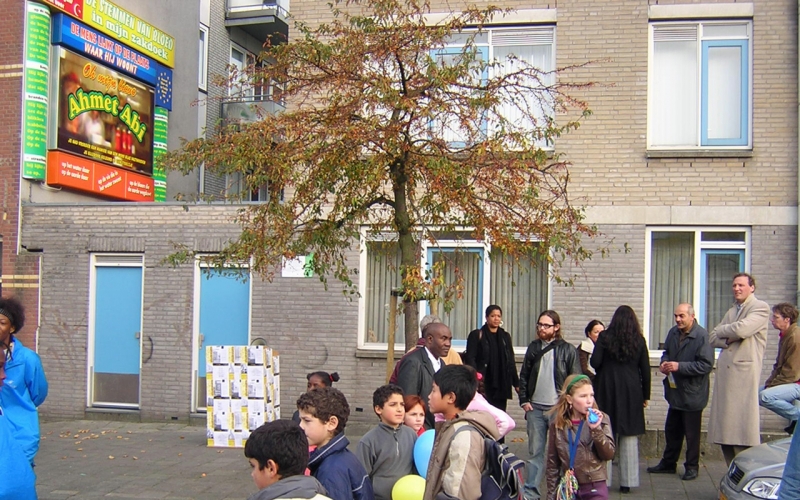 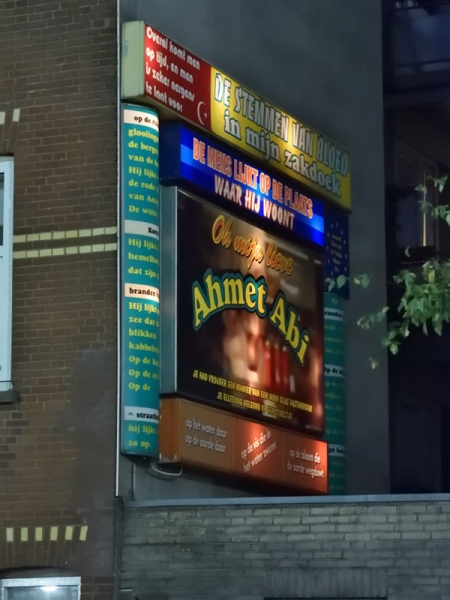 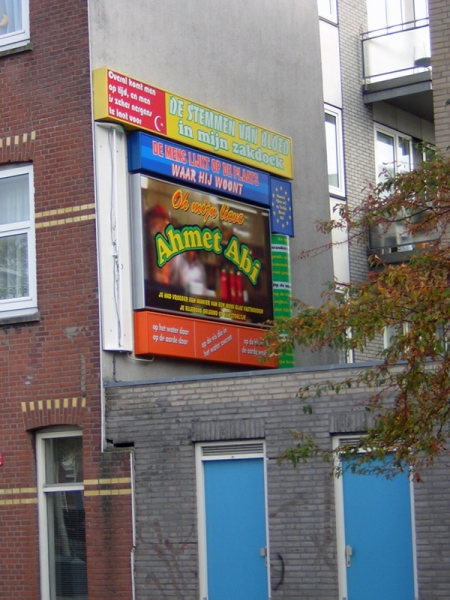 Arno Coenen made this work with a poem by Edip Cansever (Turkey, 1928-1986). This poem The voices of blood in my handkerchief (in Turkish Mendilimde Kan Sesleri) describes the ineffable. It expresses in words what is indescribable, namely the homesickness of the emigrant. For the emigrant's homesickness is not just a longing for his native soil. It is a deep nostalgic longing for a non-existent home, for a non-existent world. It's an incurable disease. The facade that visual artist Coenen has constructed here expresses that ineffable. This facade represents all the facades of all emigrants who live far away from their native soil. The fact that this is the facade of a shop, of a public place in any city, makes it even more poignant. The entrance to this facade is inaccessible, just as inaccessible as that which the emigrant so longs for ... A fragment from the poem The voices of blood in my handkerchief from Edip Cansever, translated by Arnout Steenhoek:
O my dear Ahmet Abi
Man resembles the place where he lives
On the water there, on the earth there
On the fish that swims in the water
On the flower that pushes the earth away
On the steamy slopes of the mountains, of the hills
It looks like the red plain of Antep
The white one from Konya
He looks like heaven with his blue tears
With its babbling glances, it looks like the sea
The houses, the streets, the street corners
What does he look like
Edip Cansever was born in Istanbul and studied at the Institute of Commercial Studies. He is considered one of the leading and most influential Turkish poets of the XNUMXs. Cansever belonged to 'The second new movement', which tried to deal with the old guard. They argued for a new poetic language and went in search of a new visual language. Cansever refers to jazz in this poem and incorporates elements from the raw life of the city. The voices of blood in my handkerchief was realized as part of the art route 'Closer to the neighborhood' in the New West, in which artists were linked with poets. This art route marks the completion of the urban renewal of the New West.

Artist Arno Coenen (Deventer, 1972) studied at the art academy in Groningen. He works in various media, such as video art, 3D animation, glass and mosaic. From 2006 to 2018, he formed an artistic duo with Iris Roskam. Together they have created various works of art, including the artwork cornucopia for the Markthal.