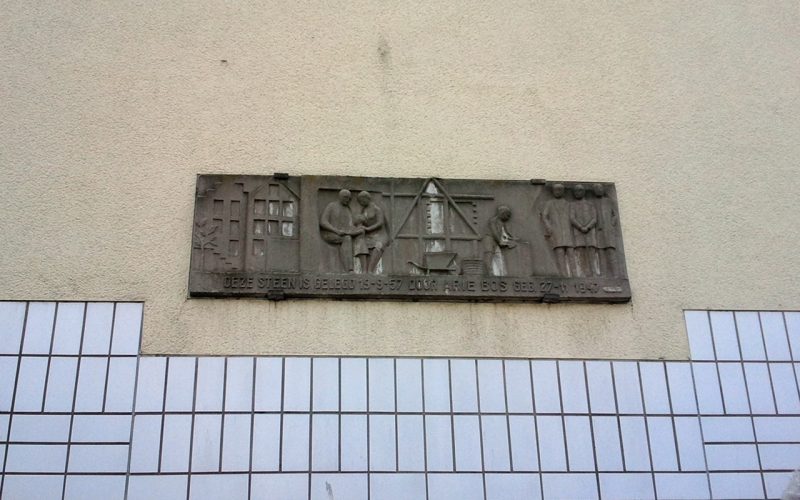 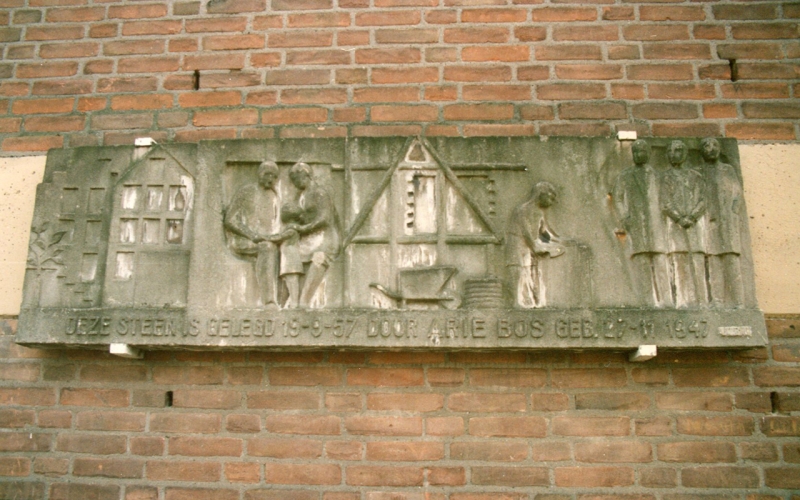 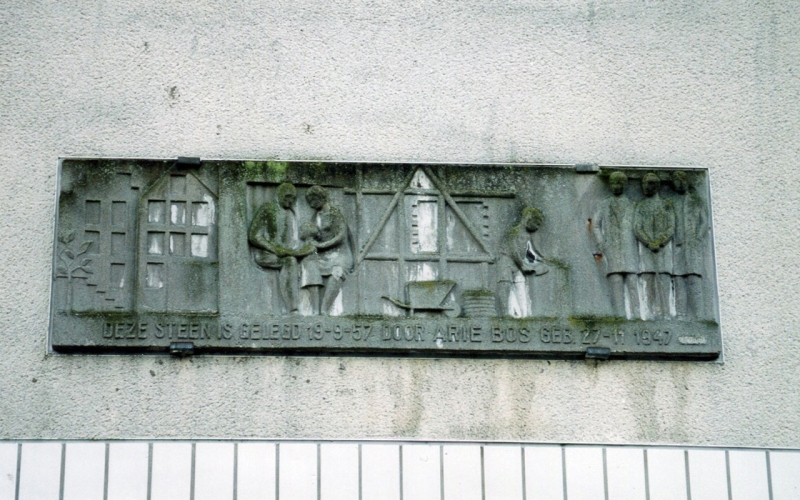 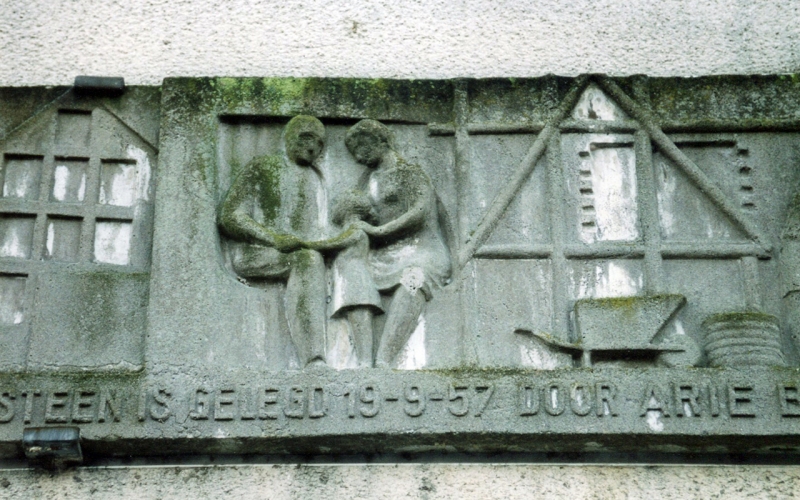 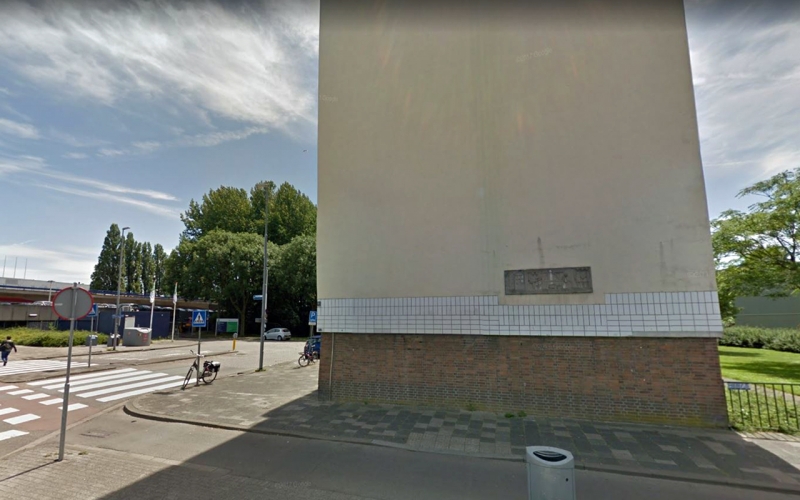 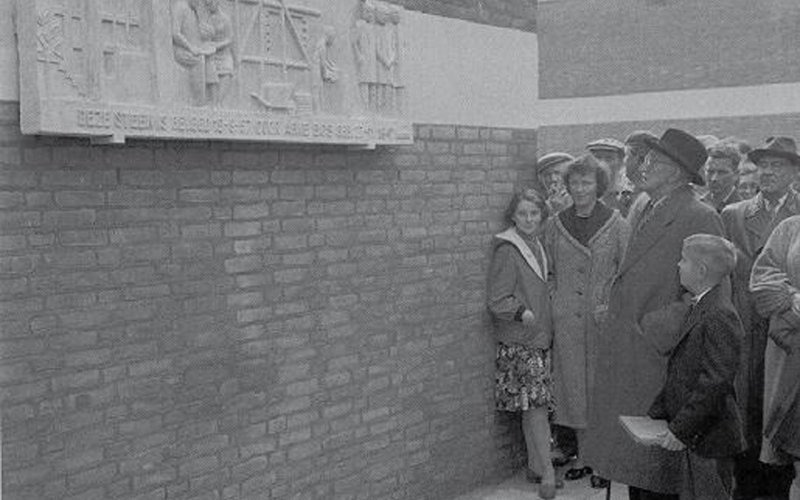 On the corner of the Slinge and Ooltgensplaatsweg, architects Jos and Leo de Jonge designed a flat for the Patrimonium housing association. The facing brick is on the front wall of this flat The building applied, made by artist Adri Blok. The tableau is a tribute to Mr Arie Bos, who was chairman of Patrimonium and had these houses built. The stone shows motifs of the construction, referring to the reconstruction that was going on at the time and in which this flat was built. From left to right houses, the family, the bricklayer and the patrons are depicted. Below that the text 'The stone is laid 19-9-57 by Arie Bos b. 27-11-1947'. In 1991 the stone was temporarily removed in connection with the renovation of the flat. The building was then placed a little higher and partly built in.