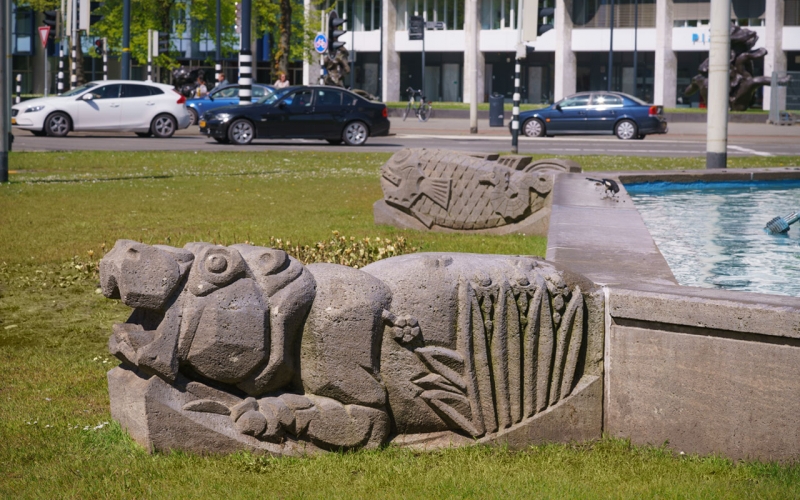 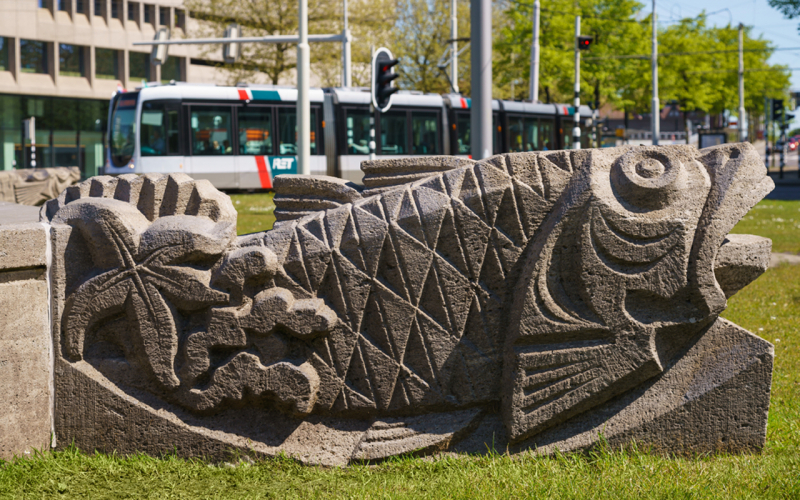 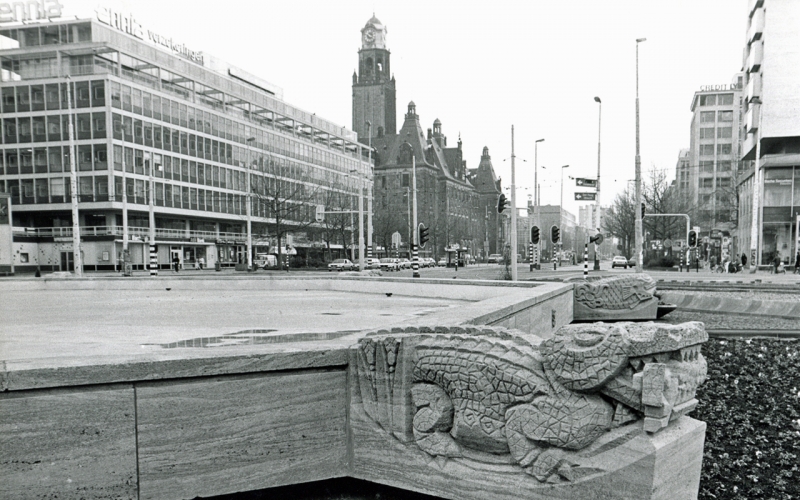 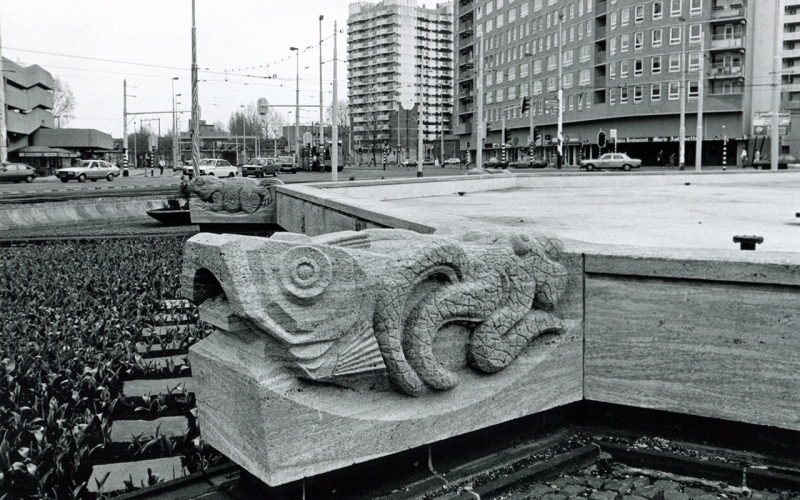 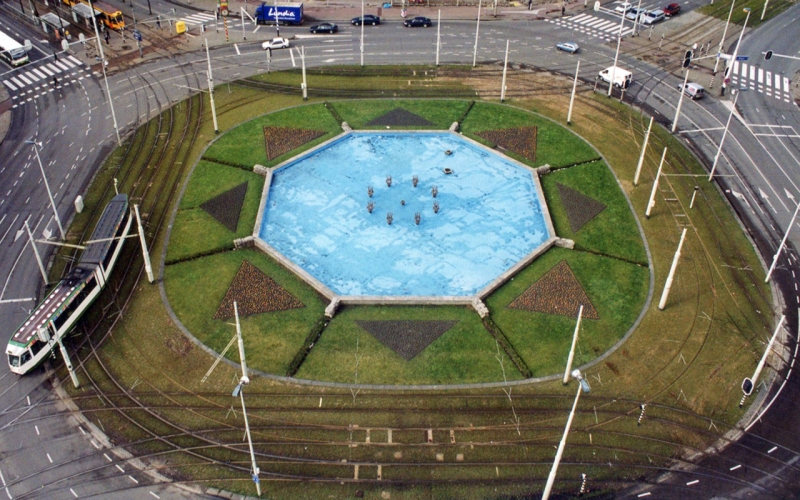 De Hofplein fountain was donated to the city by the shipping company Van Ommeren. In 1939 the company celebrated its centenary and decided to give Rotterdam a gift. Van Ommeren organized a competition among six artists for the design of a monument for the Droogleever Fortuynplein, near the Maas tunnel that was then under construction. The sculptors John Rädecker and Han Wezelaar came forward from the selection. Due to the Second World War, these plans did not materialize and it would take until 1955 before the gift was actually completed, albeit not at the entrance to the Maas tunnel, but in the middle of Hofplein. The services of Urban Development and Reconstruction and Municipal Works were closely involved in the plan for the central fountain: chief architect ir. JRA Koops was responsible for the design. Sculptor Cor van Kralingen was commissioned to take care of the sculpture on the octagonal basin. He made eight aquatic and land animals, including a hippo, a crocodile with a duck between its teeth, a squirming sea serpent, a fat toad, and exotic fish, half of them in the arms of a squid. They were placed at the corners of the basin and also serve as gutters for the water drainage. He designed stylized water lilies for the sprayers of the fountain basin, which, like the animal figures, were made of mussel limestone.