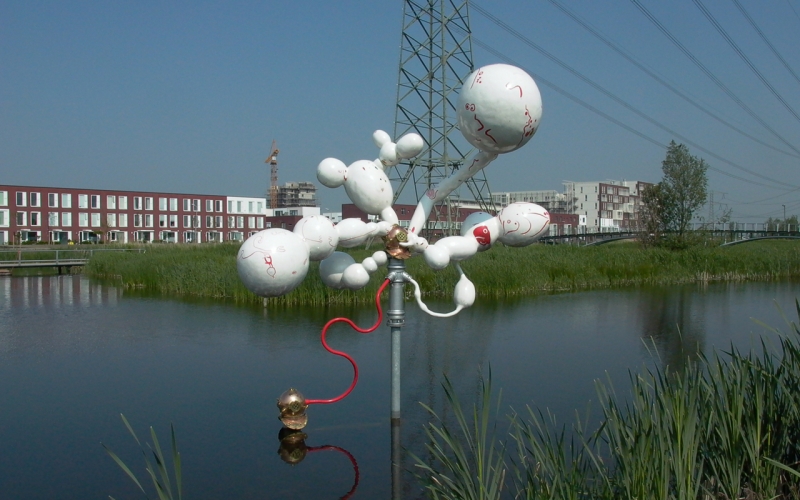 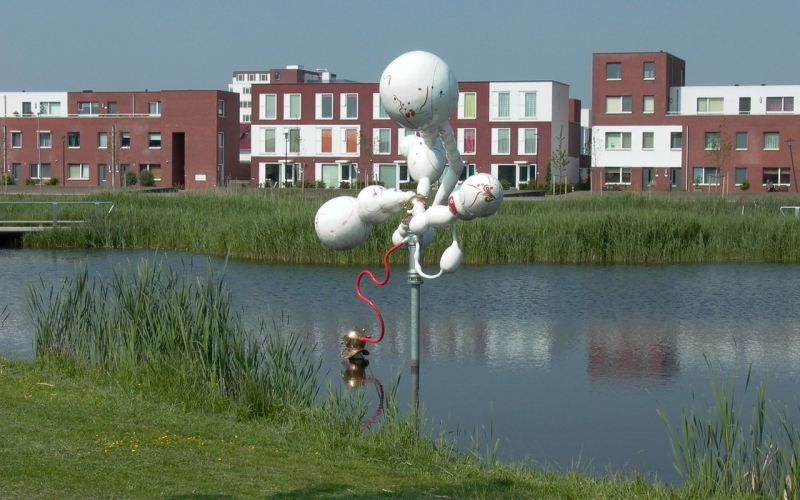 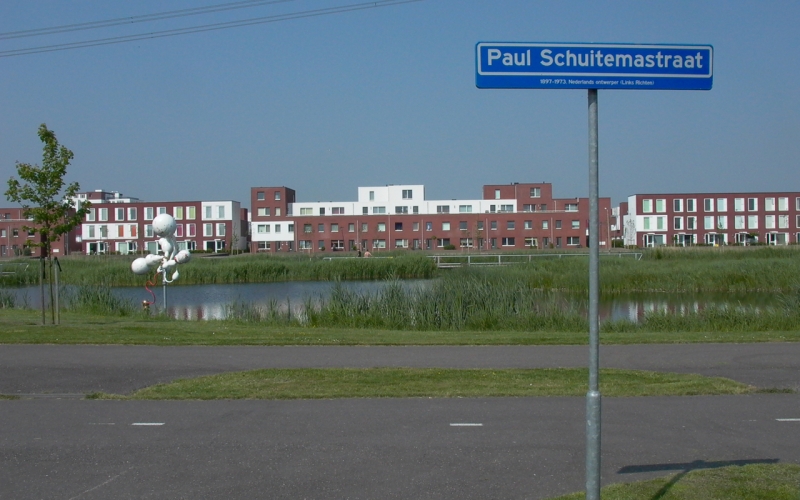 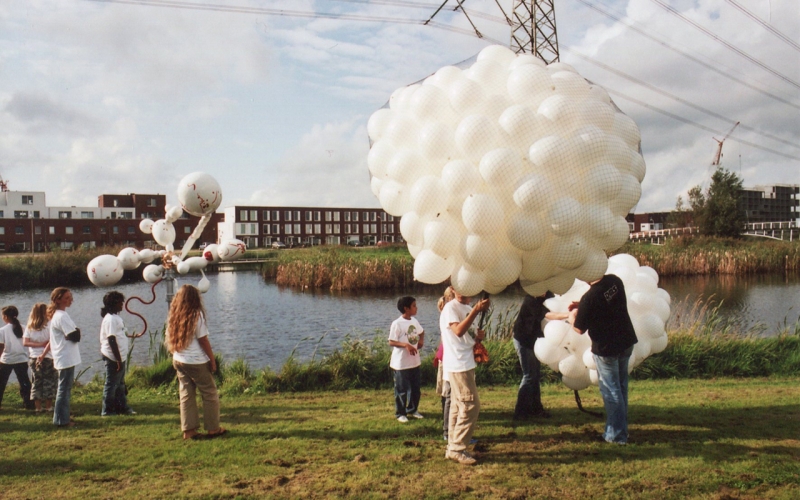 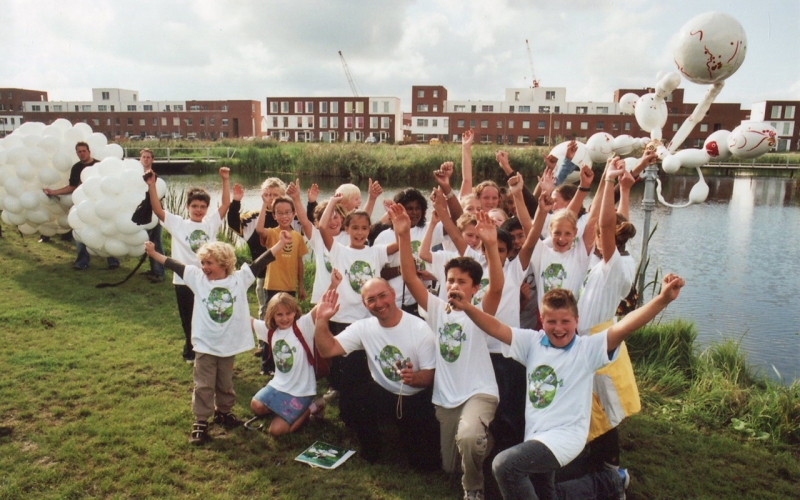 Tuesday afternoon 26 September 2006 became the work of art in the new-build neighborhood of Nesselande in Rotterdam Hydra by artist Moritz Ebinger. The artwork is in the water of the Rietveldpark at the Paul Schuitemastraat 2. The district of Prince Alexander requested the Center for Visual Arts Rotterdam (CBK) in 2000 to develop a plan for visual arts in public spaces. Based on Hendri van der Putten's art plan “De zeespiegel en polder”, three art commissions were issued in 2001 for CBK. The artwork by Moritz Ebinger was the first to be realized. The artist has partly found his inspiration in the comic book of the adventures of Tintin 'The darling of scarlet rackham". The artwork consists of a figurine of a human-size fire hydrant with a diving helmet on, from which large soap bubbles come. A second helmet is floating in the water next to it. In addition to the Tintin comic book, the Greek myth of the battle of Heracles with the multi-headed monster has also been a source of inspiration for the artist. The title Hydra is derived from this myth and refers to the 'Waterslang', a vast constellation on the celestial equator.