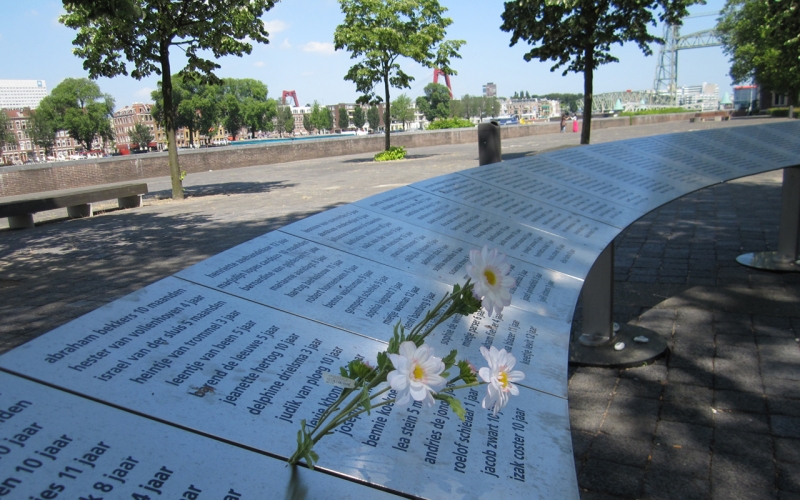 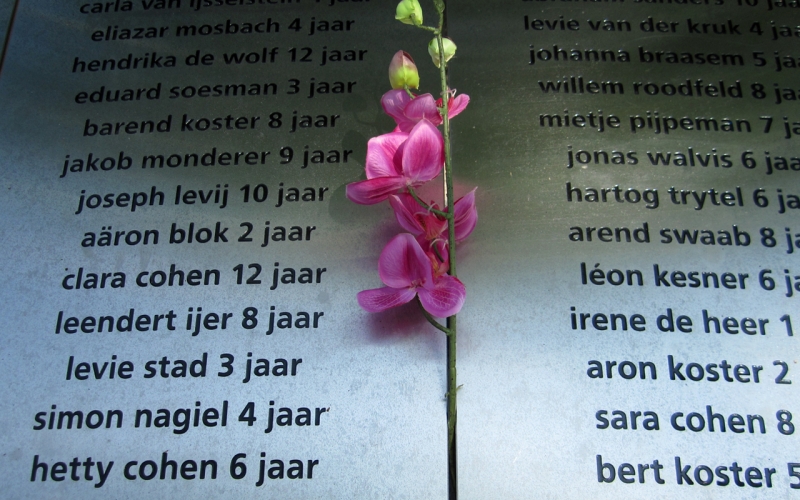 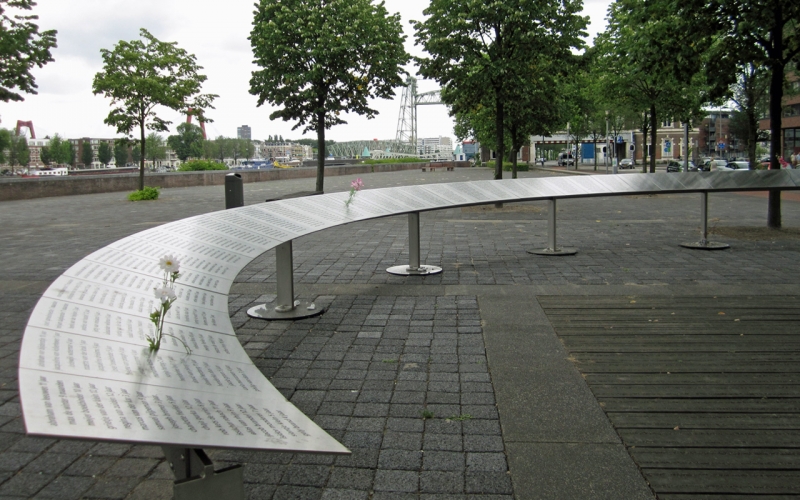 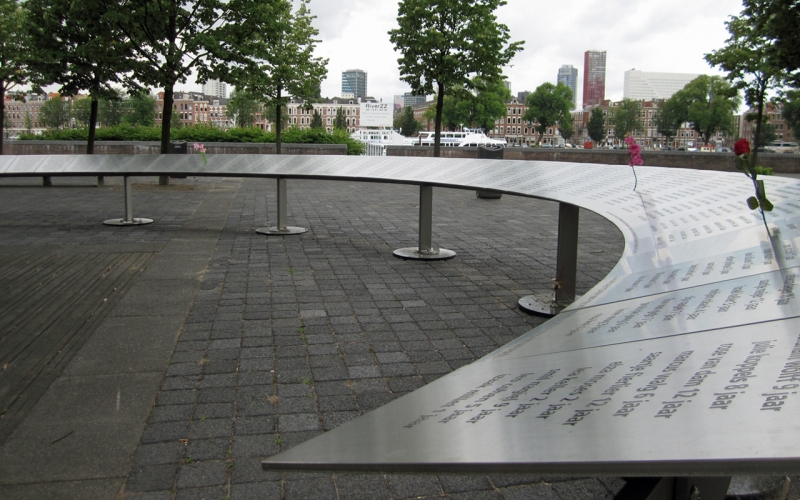 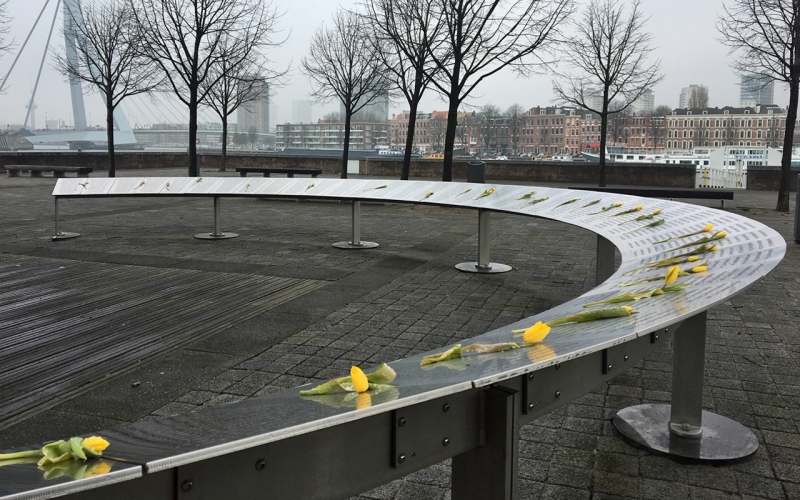 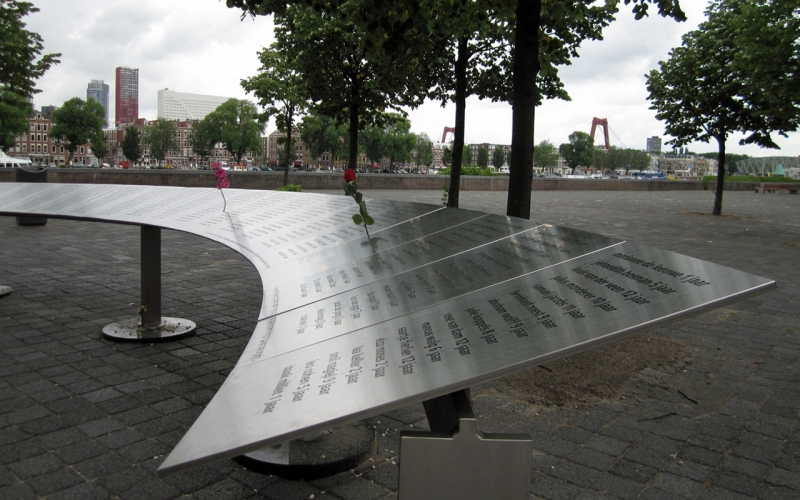 The Jewish children's monument was founded in memory of the 686 Rotterdam Jewish children aged 0 to 12, who were deported from Loods 1942 to Westerbork in 1943 and 24. From there they were transported to Auschwitz and Sobibor, where they were all murdered. The steel arch is a design by architect Wim Quist. All the names of the children and their ages are engraved on the arch. Quist designed the memorial like a long ribbon; hemisphere, so that the viewer surrounds himself with their names. The monument is located next to the remaining part of the wall of Loods 24. This remnant was part of a long wall that enclosed Loods 24 and from where approximately 7.000 Jews from Rotterdam and the surrounding area were transferred to Westerbork. The deportations started on 24 July 30 from Loods 1942, which is why an annual commemoration takes place on 30 July. It Jewish children's monument was unveiled by Mayor Aboutaleb on April 10, 2013. Nearly 700 Rotterdam primary school students, invited guests and interested parties were present. Click here .

Wim Quist (Amsterdam, 1930) graduated in 1960 from the Academy of Architecture in Amsterdam, after which he established himself as an architect in Rotterdam. The geometric box shape and the visible construction are important themes in Quist's work. The regularly recurring diagonals in his design are characteristic. He was Government Architect from 1975 to 1979. In 1995 his own office was merged with Architektenburo Wintermans into Quist Wintermans Architekten. Various buildings are designed by him in Rotterdam, such as the Schaardijk drinking water complex (1977), the Maritime Museum (1986), the (new) Rotterdamse Schouwburg (1988), the Willemswerf office building (1989) and the Robeco office building (1992). Quist received the AJ van Eyck Prize (1970), the BNA Kubus (1986), the David Roëll Prize (1990) and the Oeuvre Prize for Architecture from the BKVB Fund (2007).