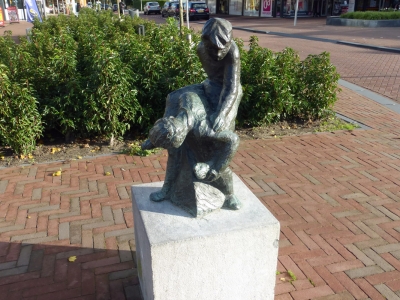 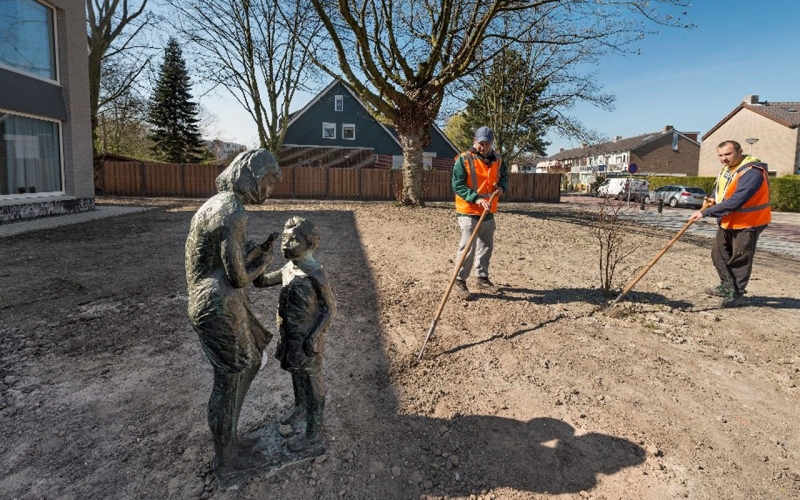 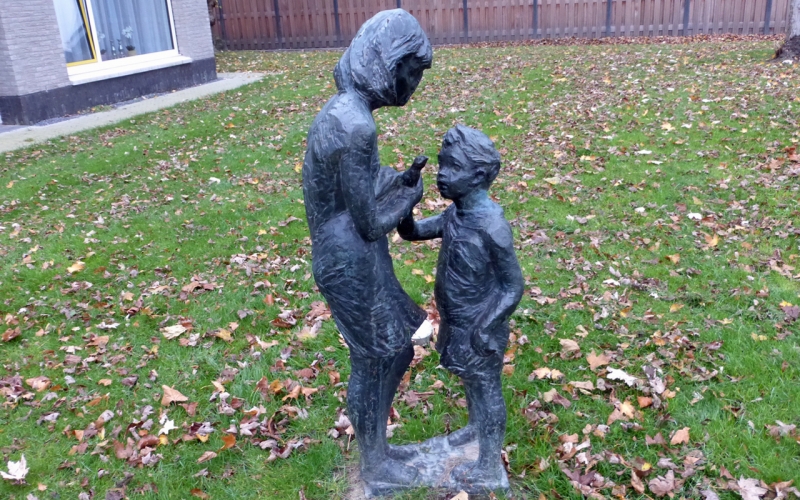 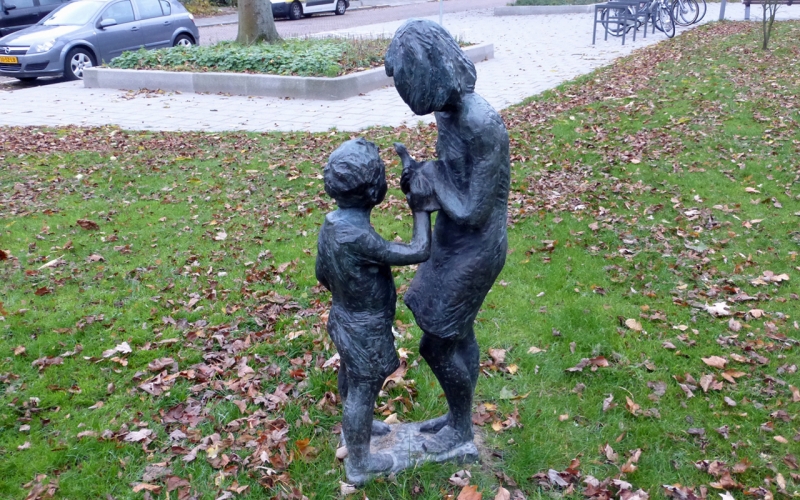 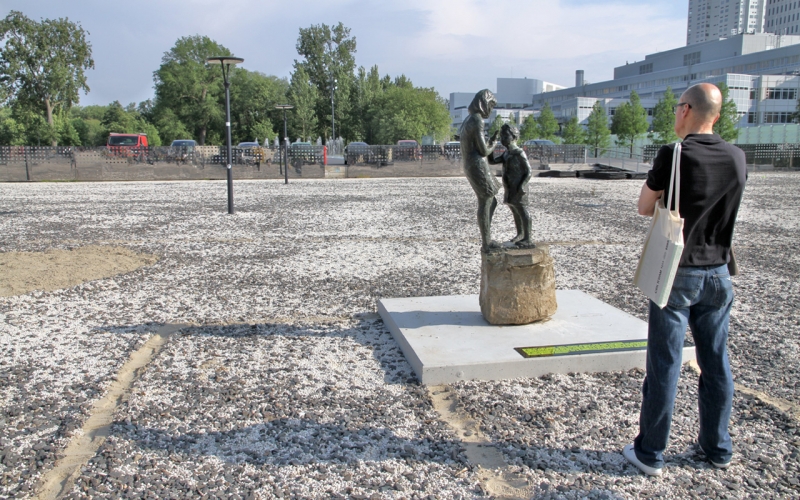 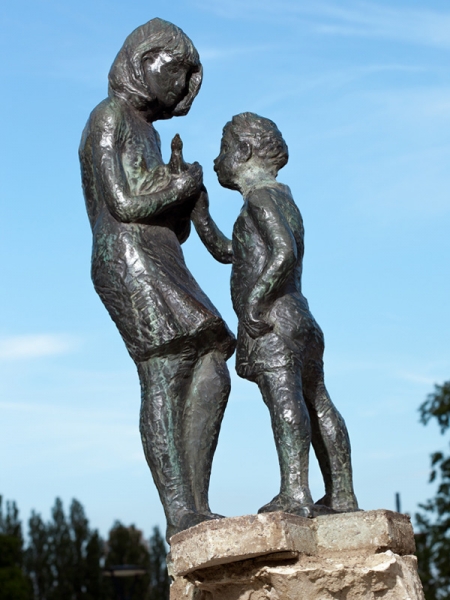 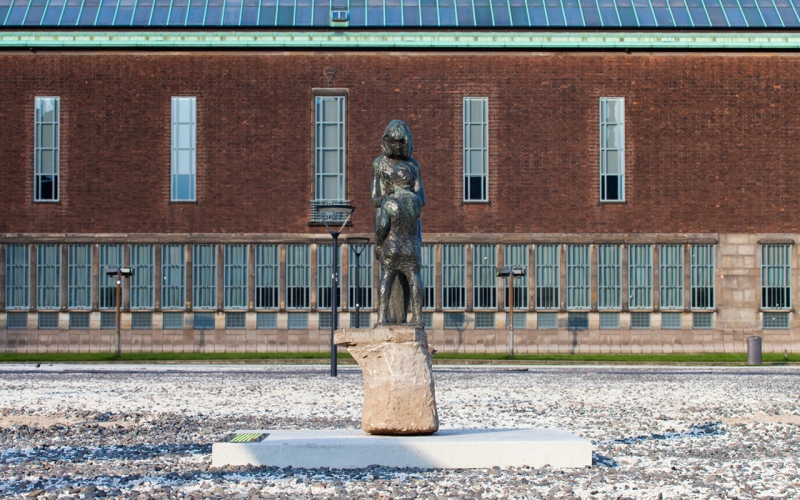 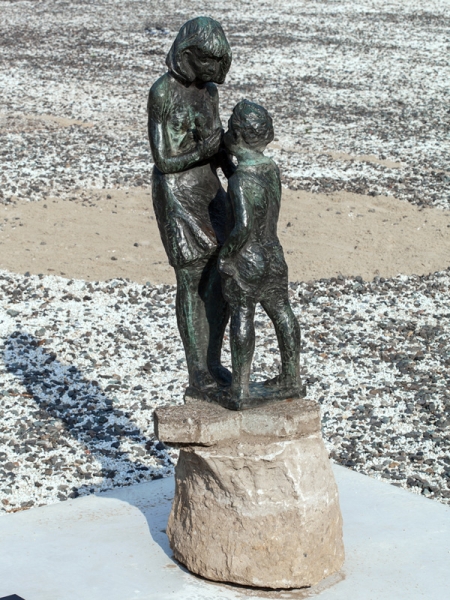 This typical reconstruction artwork, children playing with a bird, was made by Marian Gobius for public primary school 'De Karekiet' in Rozenburg. It is a bronze, figurative sculpture that fitted well in the schoolyard. A sweet and recognizable image, with which the artist wanted to appeal to the target group of parents and children. The image is about growing up, with the bird as attention to nature and / or as a metaphor for spreading its wings. Due to the demolition of the school building Children with bird stored in a depot of the municipality. The work has been restored and placed back in the front garden of the residential care complex on Elzenlaan. The statue was unveiled again on Tuesday 11 April 2017.

Sculptor Marian Gobius (Haarlem, 1910 - Voorburg, 1994) attended academies in Amsterdam and Paris and worked abroad (England, US). She worked from the 1951s (when she was awarded the Royal Subsidy in England) until her death. She has also worked as a medalist and pen artist and was a student of Jan Bronner. She was part of the artistic working group 'De Nieuwe Ploeg' that was active between 1959 and XNUMX in her hometown of Voorburg. She worked among a group of younger and more experimental sculptors such as Aart van den IJssel, Rudi Rooijackers and Jan Snoeck, but Gobius nevertheless retained her preference for figurative work and the use of traditional materials, such as bronze and stone. She made many resistance monuments and monuments for women's emancipation. Some of her work is included in the collections of the Jewish Historical Museum in Amsterdam.