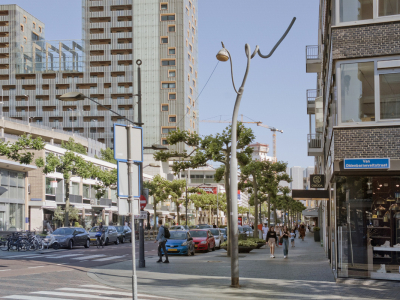 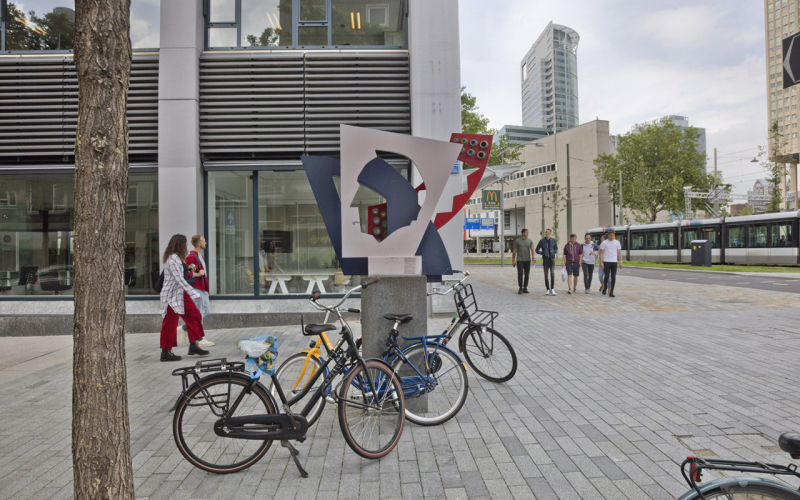 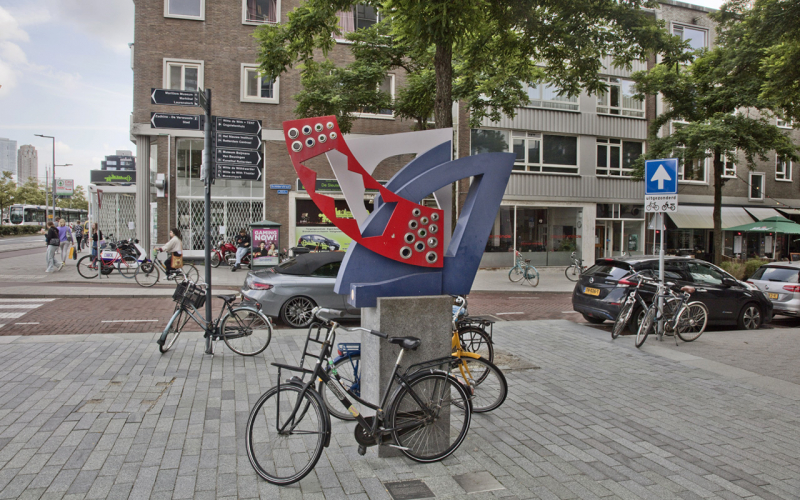 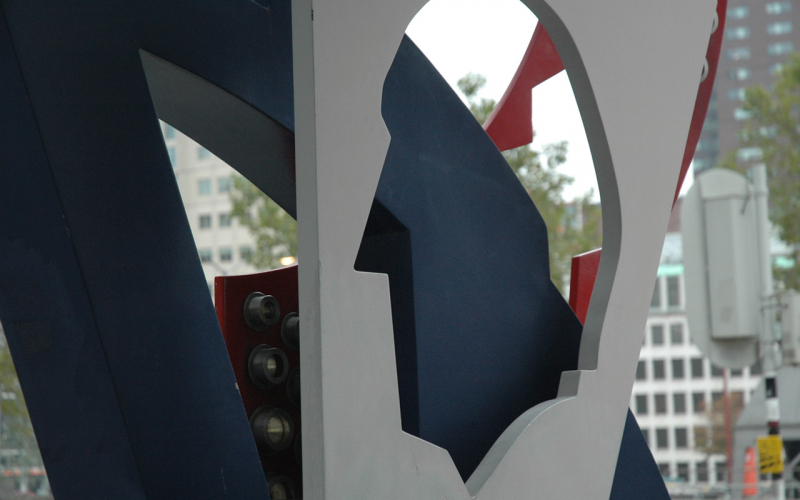 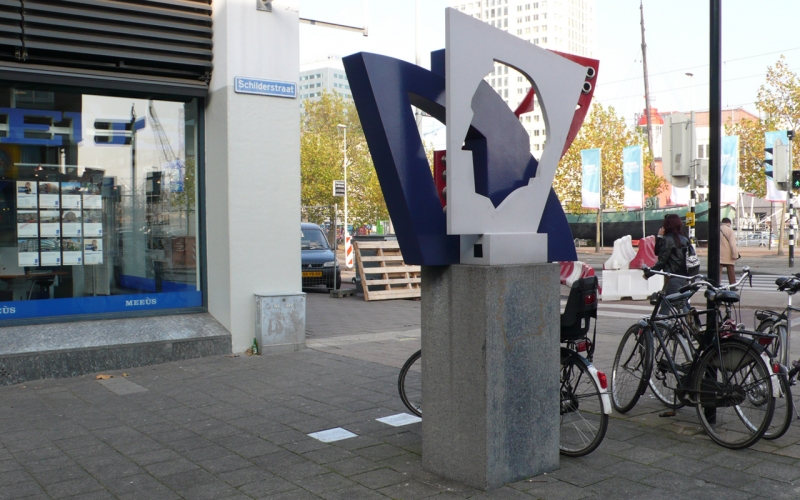 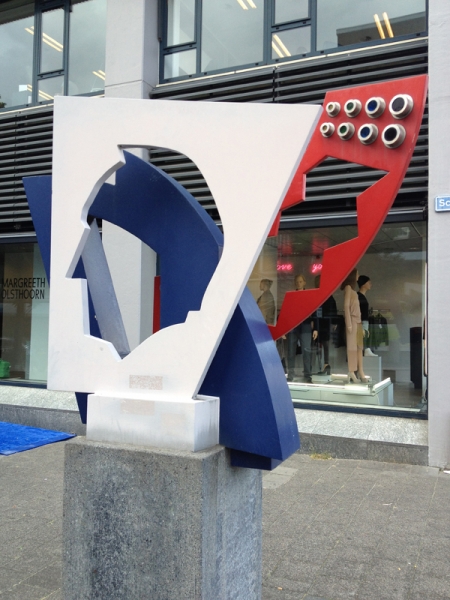 Jaap Valkhoff (1910 - 1992) was born in Crooswijk and performed as an accordionist at a young age. Together with his sisters and brother, he played in dance venues, such as 'Alcazar' and the 'Cosmopolitan' at the Schiedamsedijk. He wrote many songs. 'Hand in hand comrades'And'Along the Maas'are songs that still have a special meaning for the city today. In the XNUMXs he started a number of cafes with his brother, of which the legendary 'Oase bar' in the Schilderstraat was one of the most famous. The artwork now stands diagonally opposite this place Along the mesh, ode to Jaap Valkhoff. The initiative was taken by the Valkhoff family. It didn't have to be a statue, because "I'd rather not have pigeon shit on my father's head", but something recognizable. Artist Cor Kraat immersed himself in the life of Japie Valkhoff and his songs. He portrayed this by saving a strongly abstracted form of an extended accordion in the red plate of the image, as a symbol of theater and nightlife. You can discover a ship in the blue plate. The color refers to the sea and the night. The profile of Jaap Valkhoff is recognizable in the gray plate. The color gray stands for glass and cement, the basic elements of the rebuilt city.