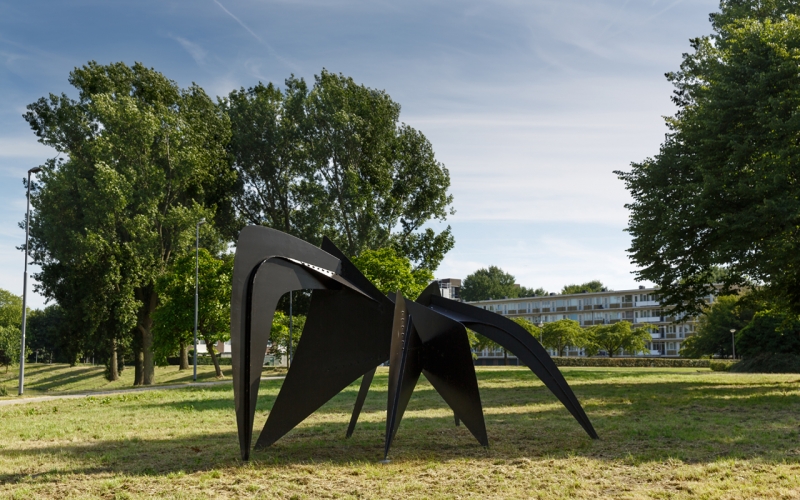 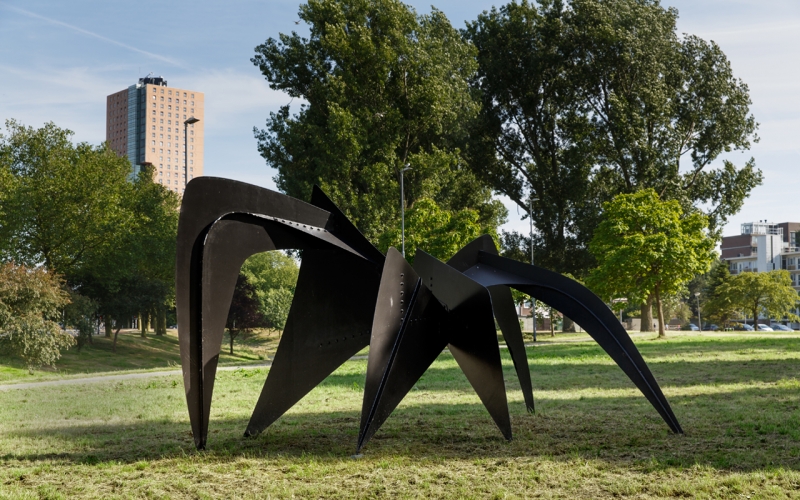 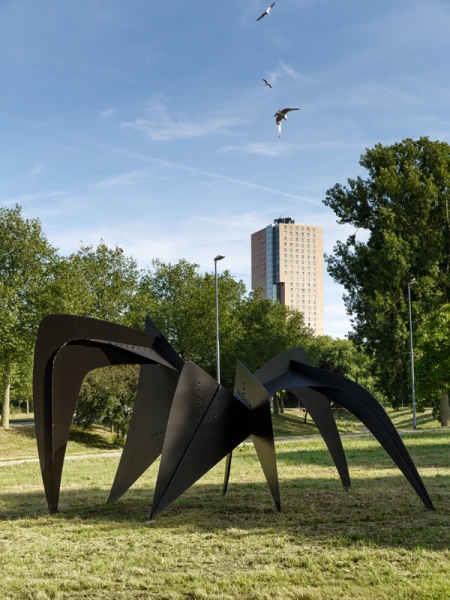 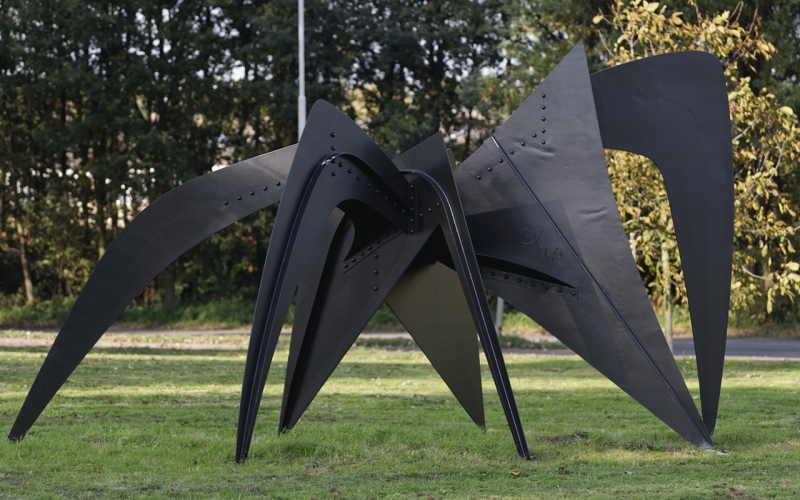 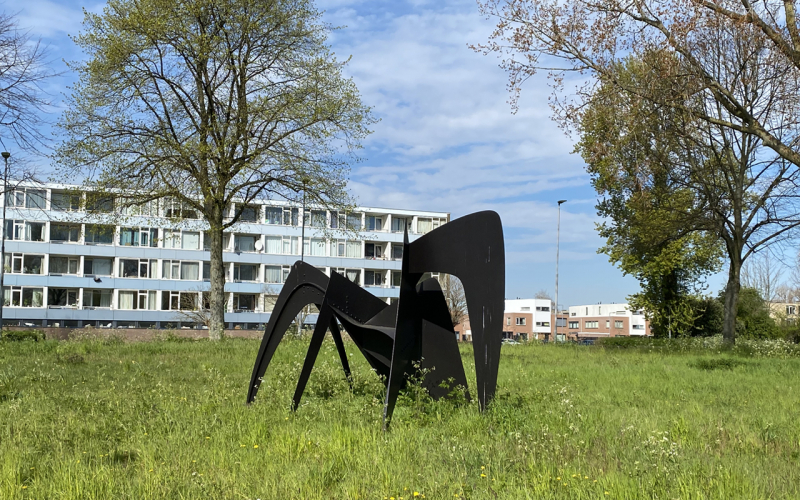 Le Tamanoir was placed in Hoogvliet at the end of 1965. The municipality of Rotterdam bought the work in early 1964 at a solo exhibition by Alexander Calder at Galerie Maegt in Paris. A considerable amount had just been set aside for the embellishment of the new Hoogvliet district and in this context they were very interested in a sculpture by Calder. This is evident from a letter dated 13 March 1964 from the head of the Art Affairs department to the Alderman for Art Affairs: “Initially it was considered to consult with Calder about the possibility of an assignment, if it is coincidence that a plastic artist is for sale, which, both in form and format, fully meets the requirements of the situation in Hoogvliet, ”he wrote. The gallery had stipulated that, after the sale to Rotterdam, the statue would first be shown at the art exhibition Documenta III in Kassel in 1964, together with four other 'stabiles' by Calder. The Urban Embellishment Committee was happy to cooperate: it meant more publicity for the object that would soon be displayed in Rotterdam. The sculpture consists of stylized shapes, cut from sheet steel and riveted together by means of enormous bolts to form a monumental spatial construction. Not many people will immediately think of an anteater when they see this statue, but once traced by the title, the characteristic head of the beast, the heavy legs and the curved abdomen can be recognized. In the sculpture, the anatomy of the anteater is not exactly simulated, but depicted in a stylized way. For more information: Sculpture International Rotterdam

Alexander Calder (Lawnton (Pennsylvania), 1898 - New York, 1976) was one of the most famous American sculptors. He trained at the Art Students League in New York from 1923 to 1925. Then he moved to Paris and came into contact with the avant-garde. Initially Calder made three-dimensional wire figures and plastic sculptures from wood. The first 'mobiles' were created around 1931, for which he became famous. They are hanging, wind-moving compositions of flat elements connected by iron wire. A little later the 'stabiles' appeared: standing, fixed constructions, made up of intersecting metal plates. They are derived from the mobiles that had such constructions as a base. In the 60s and 70s many stabiles and mobiles were produced in monumental format; they usually consist of biomorphic forms derived from living organisms. They often depict animals: sometimes based on the existing world, sometimes resulting from an abstract fantasy world. Color also plays a role in Calder's sculptures. He painted his sculptures in a limited palette: the primary colors red, yellow and blue, combined with black and white.