Herman Moscoviter, The Maas image by Auke de Vries: a signature on the Nieuwe Maas (Rotterdam, 1995) 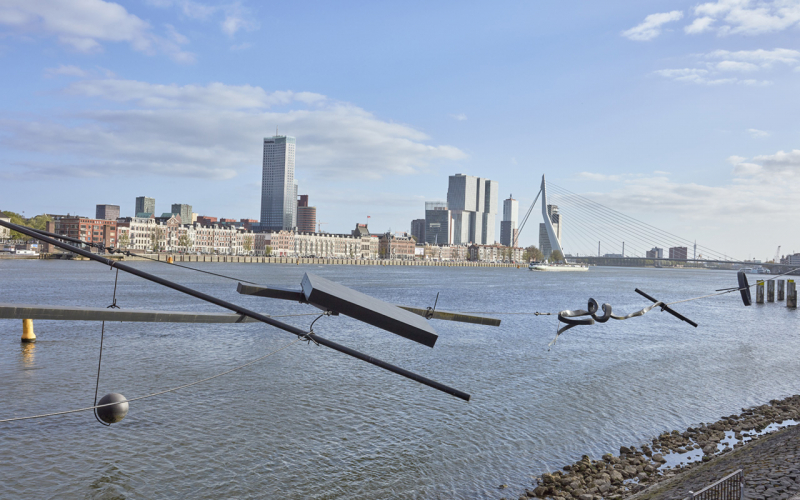 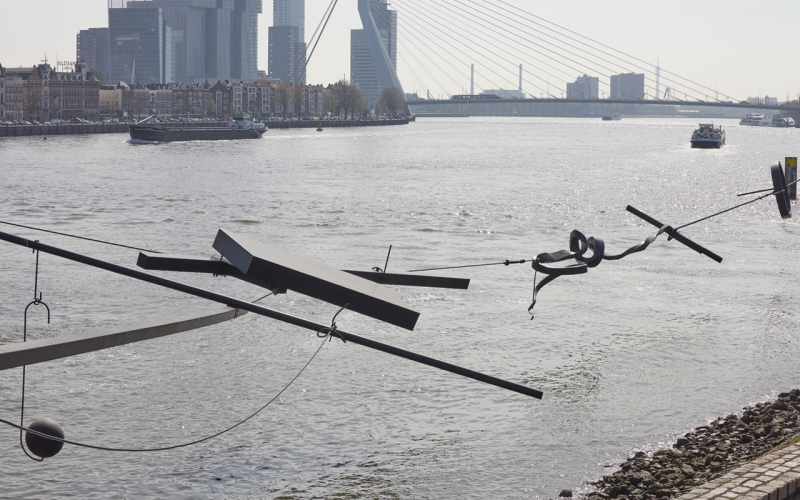 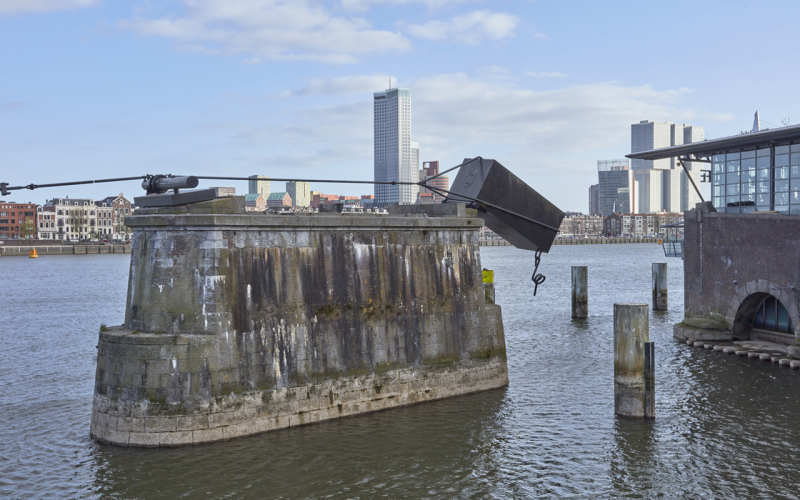 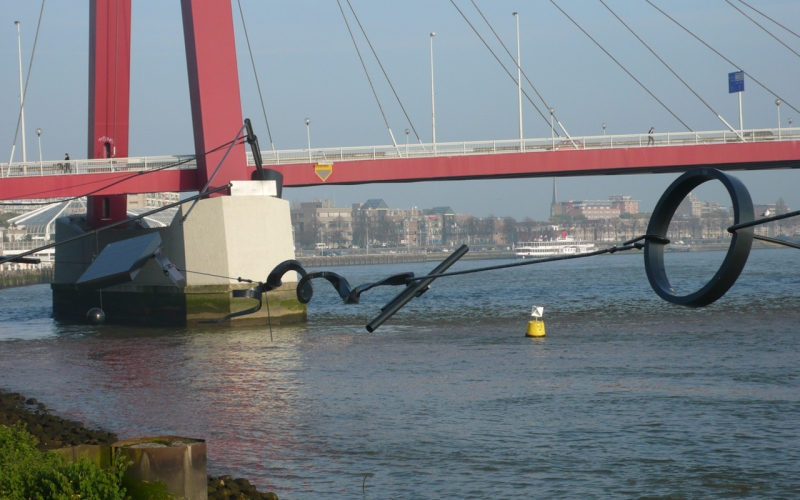 Auke de Vries designed it Maas sculpture for the location at the new Willemsbrug, which replaced the old Willemsbrug in 1981. The artist always designs his sculptures after a thorough study of the environment in which the image ultimately ends up. Here he was inspired by the sleek lines of the new bridge. According to him, visual art was not allowed to compete with two large vertical elements in the area: the Nieuwe Willemsbrug and the Witte Huis. De Vries designed a horizontal wire-like connection that runs from the Willemsbrug to a pillar of the old Spoorbrug, which was demolished in 1993. The connection consists of objects such as a ring, box, pennant and a hanging ball; elements from shipping that pass the image on the Maas every day. This is how a sculpture was created that interacts with its environment. The image is a plaything of the water in the Maas and of the wind, which gently move the parts of the artwork. It can be categorized as analytical cubism. Popularly the image is also The washing line mentioned. For more information: Sculpture International Rotterdam

Auke de Vries (Bergum, 1937) is a sculptor from The Hague. Initially he was a graphic artist and etcher and in 1959 was awarded the Royal Prize for Painting. In the 1997s he started the metal sculptures with which he would gain national fame. In XNUMX he was awarded the Ouborg Prize.