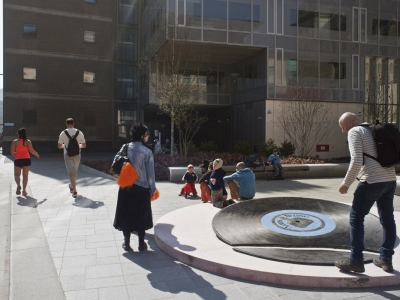 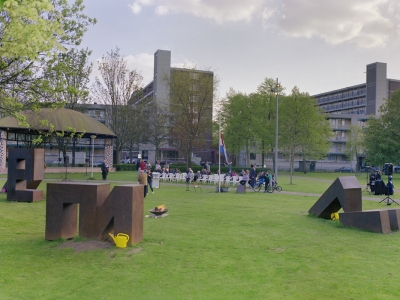 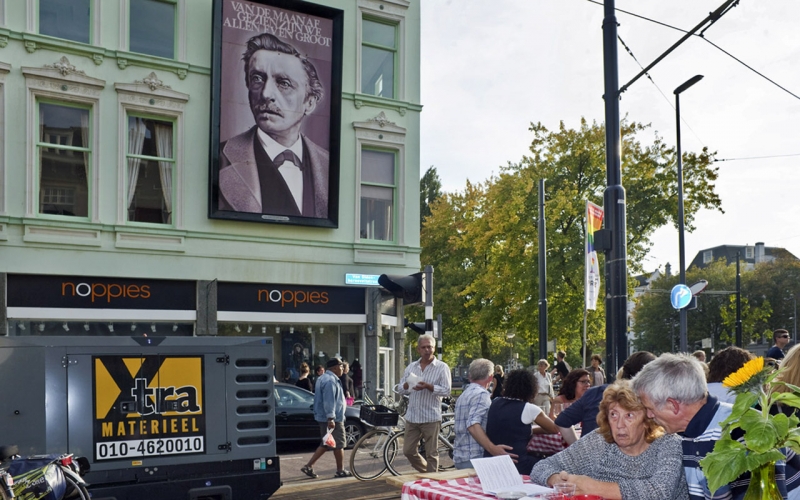 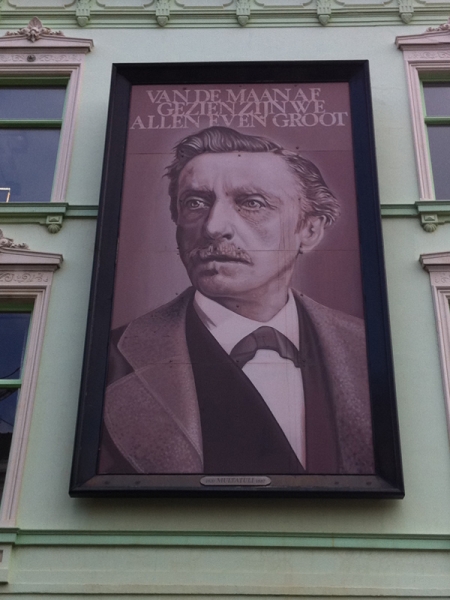 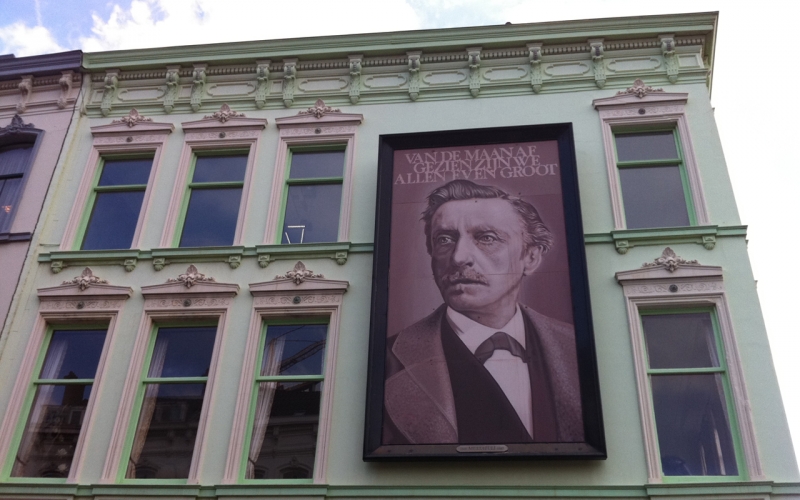 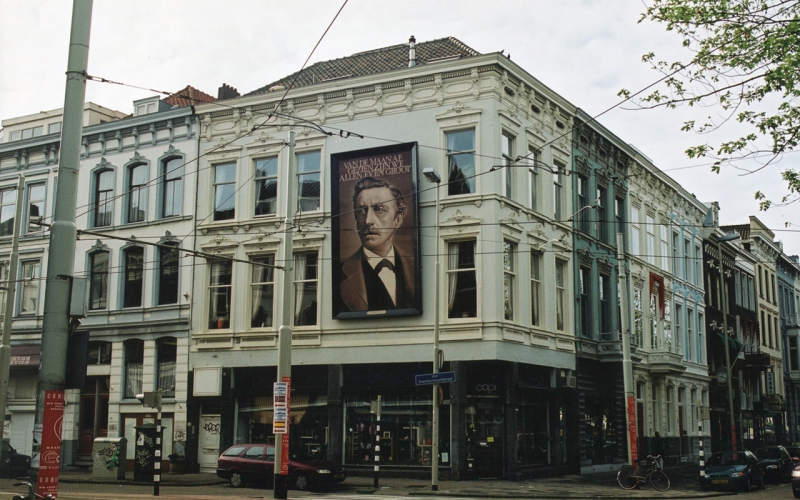 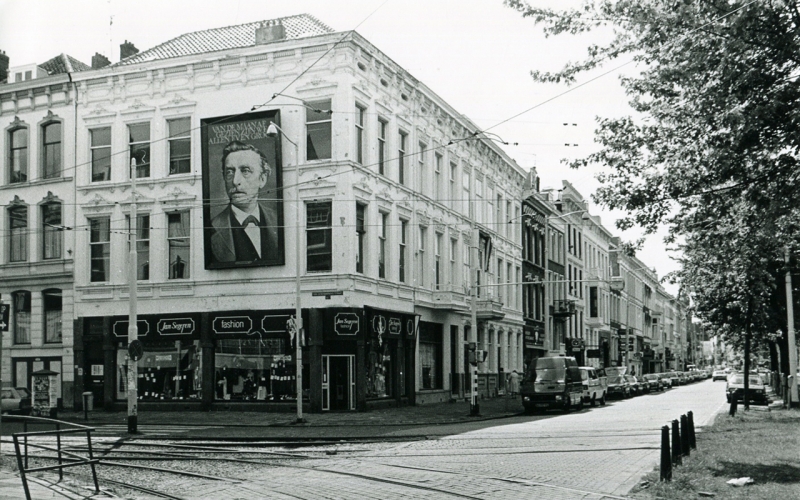 While writing the book 'Max Havelaar' writer Multatuli was often in Rotterdam. Eduard Douwes Dekker (as Multatuli was really called) stayed at Hotel Weimar for a longer period of time. In the NRC Handelsblad he wrote that anyone interested could meet him there to gain insight into 'the Havelaar case'. The only person who came to see him there was someone who still had a lot of money owed by him. In 1975 the bookshop W. Pieterse in Poetry was opened in Mauritsstraat. The W. stood for Woutertje, from Multatuli's novel 'Woutertje Pieterse'. Visual artist Mathieu Ficheroux designed the logo and stationery for the store. In the early 1970s, artists, including Ficheroux, wanted to narrow the division between art and public. They wanted to focus on the role of art in public life and art for a wide audience. The Rotterdam Art Foundation pursued a policy aimed at this and started the 'town painting' project. The portrait of Multatuli with the text 'Seen from the moon we are all the same size' made by Ficheroux is a striking example of this. Multatuli was unveiled diagonally across from the poetry shop on 7 June 1975 to great interest. When the building in Mauritsstraat was demolished in 1985, the store moved to Van Oldebarneveltstraat. The portrait moved along. In 1998 it was decided to completely renew the work affected by wind and weather. When the painting was removed for this restoration, there was great commotion. Such an image could not just be removed. The relocation was therefore celebrated exuberantly with a big neighborhood party.