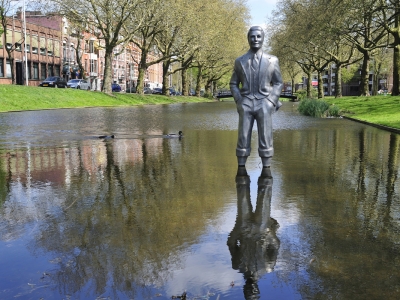 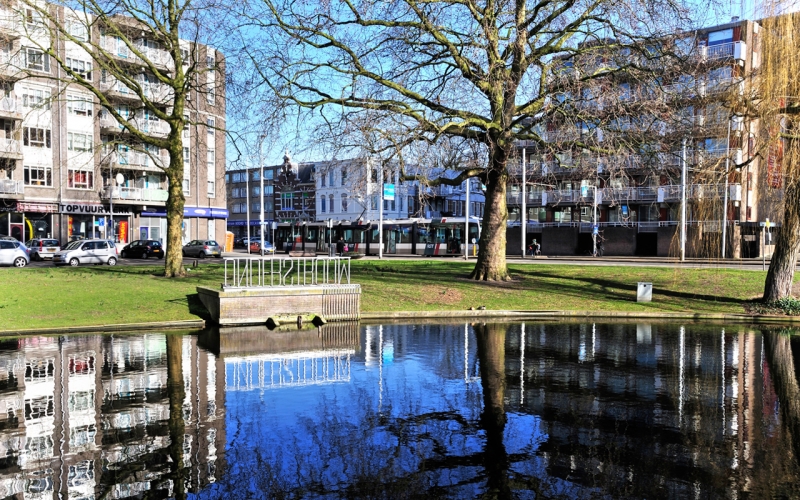 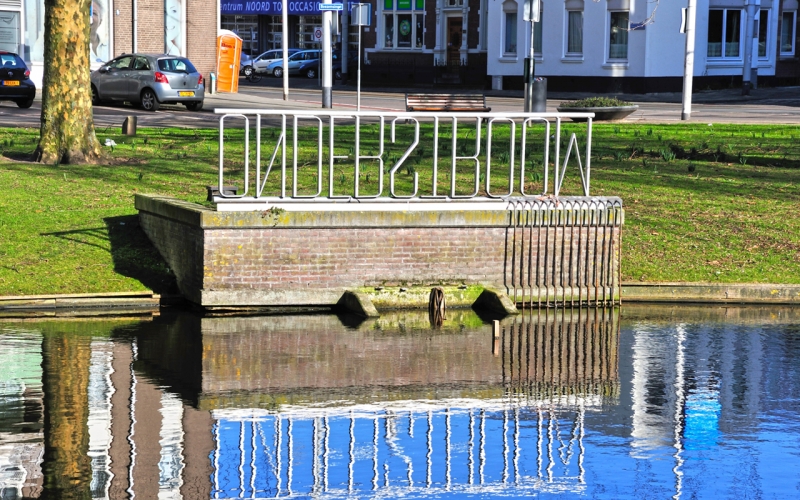 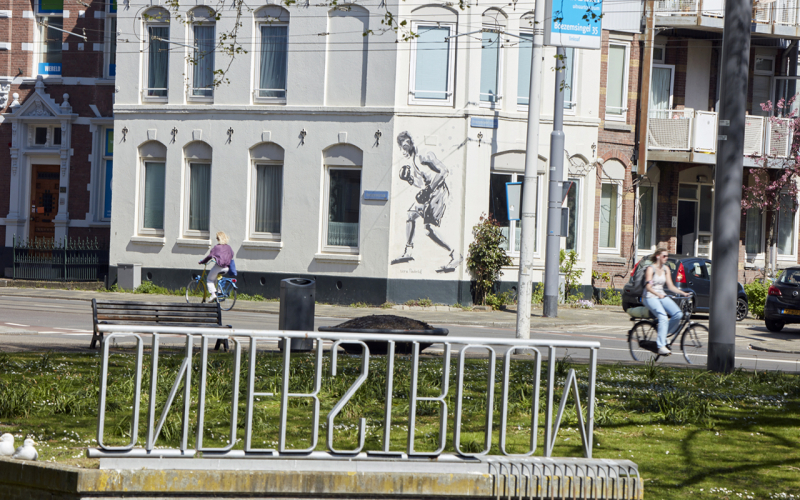 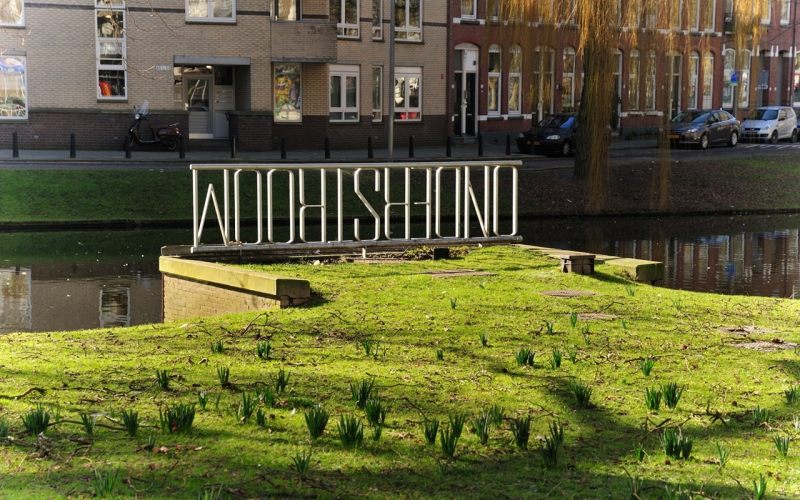 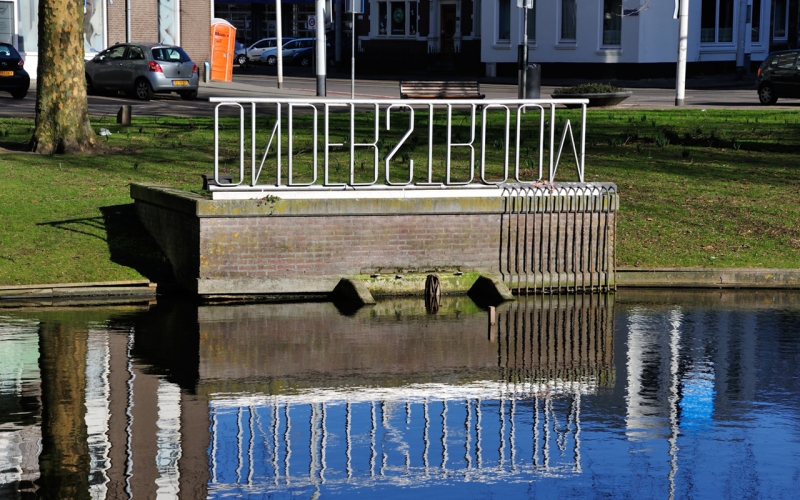 Buro MA.AN, which also designed the little man at the beginning of the Crooswijksesingel, erected a balcony with balustrade at this end of the canal that marks the beginning - or end - of the Boezemsingel. Letters of the word 'undercurrent' are raised to decorative bars and can be read upside down, in the reflection of the water. The balcony with the balustrade invites you to stand up and look at the water, like a 19th century balcony. A path of manhole covers has been constructed to make it easier to walk to the balcony. In this way, an overflow of the sewer has been turned into a monumental intervention. It connects water and quay, past and present. In the mid-19th century, Rotterdam developed the 'Romantic Singel family' in Blijdorp, the Oude Noorden and Crooswijk. The canals have been intensively restored since 2000. It took fifteen years to implement The Singelplan, including the accompanying art commissions devised by Messrs Lim and Kliest, led by the municipality and CBK Rotterdam. Undercurrent is part of The Single plan.