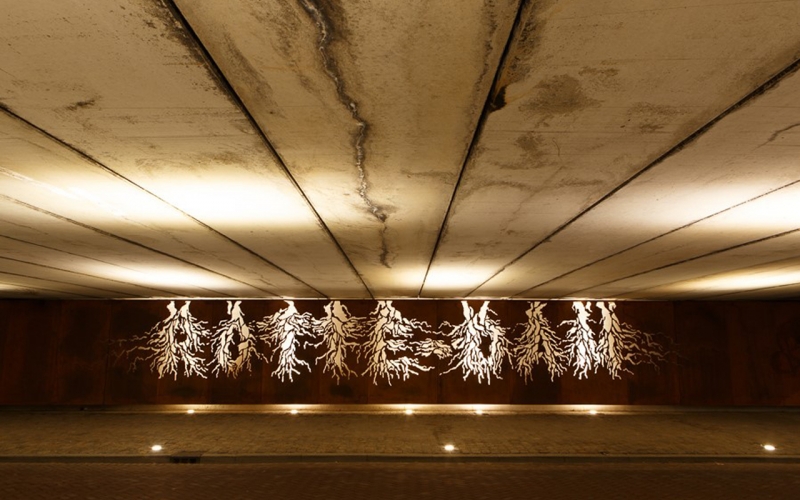 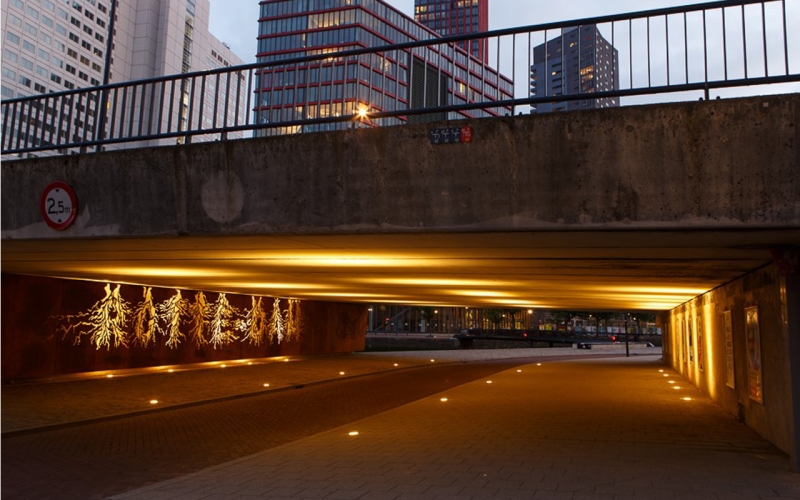 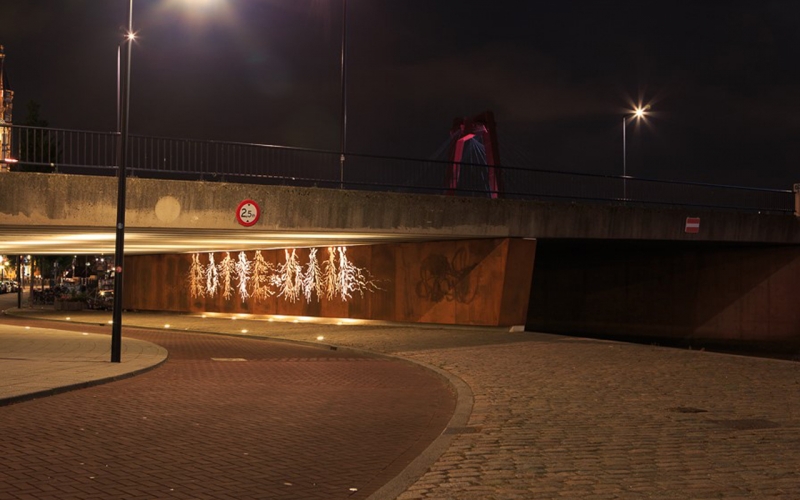 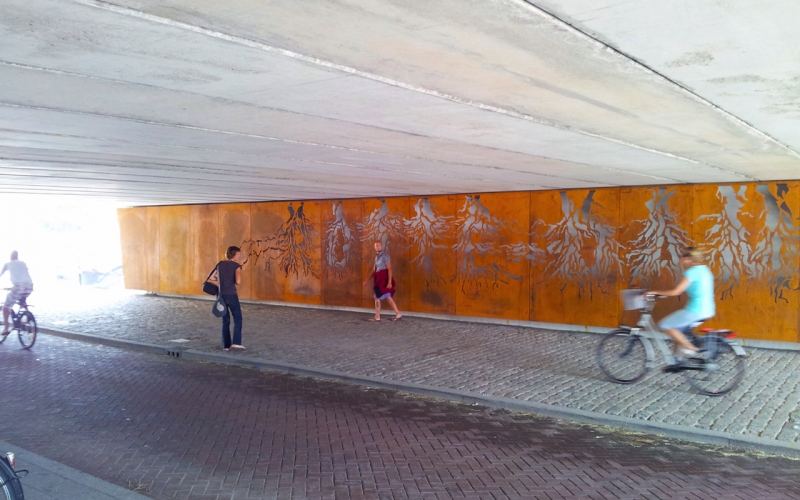 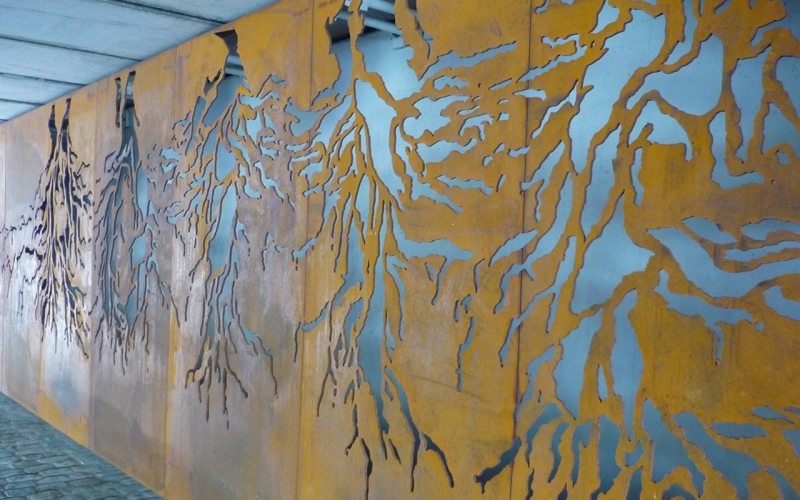 Originally, the river Rotte flowed at the site of this tunnel, from which the city of Rotterdam owes its roots. Two (now former) students of the Willem de Kooning Academy, Robbert de Groot and Cees Boot, designed a tribute for this location by designing the Rotte as the 'roots of the city' in Corten steel and illuminating the rear with led light. Thus a magically lit place was developed and it makes this tunnel a lot less scary at night. It is an ode to the unstoppable growth and positivism of Rotterdam.

Robbert de Groot (Dordrecht, 1988) studied graphic design at the Willem de Kooning Academy in Rotterdam. In 2013 he founded his own creative studio for graphic communication in Rotterdam with the aim of bringing out the best from companies or brands and making that visible to the target group. He has been based in Dordrecht since 2019.

Cees Boot (Rotterdam, 1987) studied graphic design at the Willem de Kooning Academy. In addition to being a designer, he is also an illustrator.