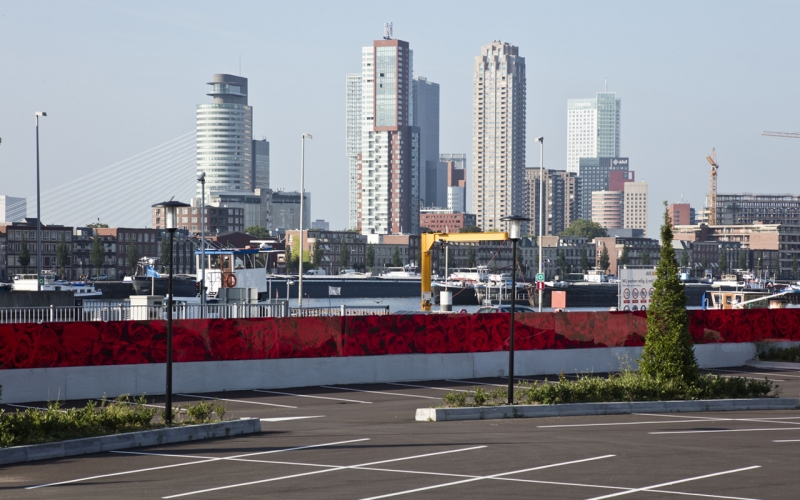 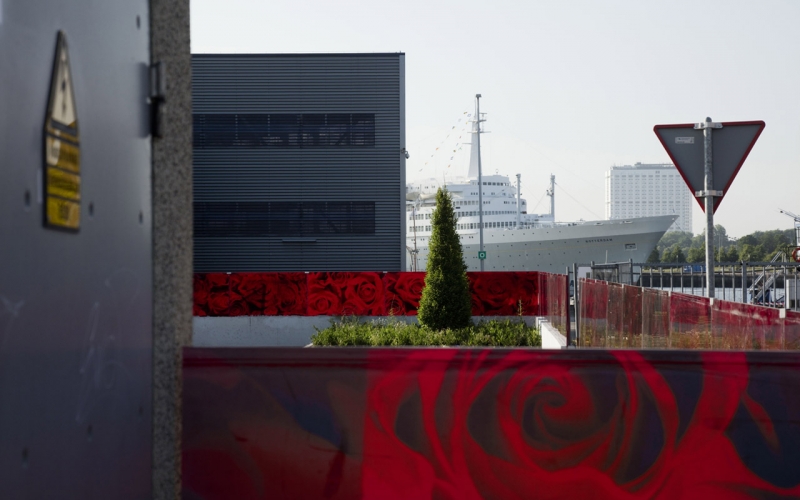 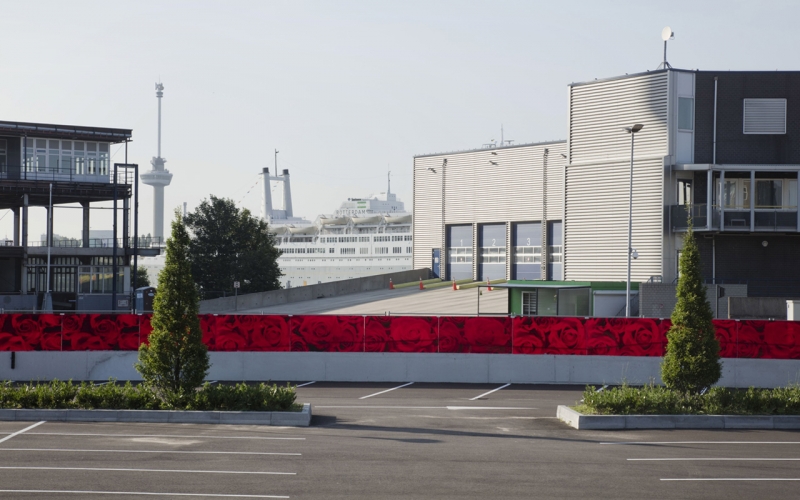 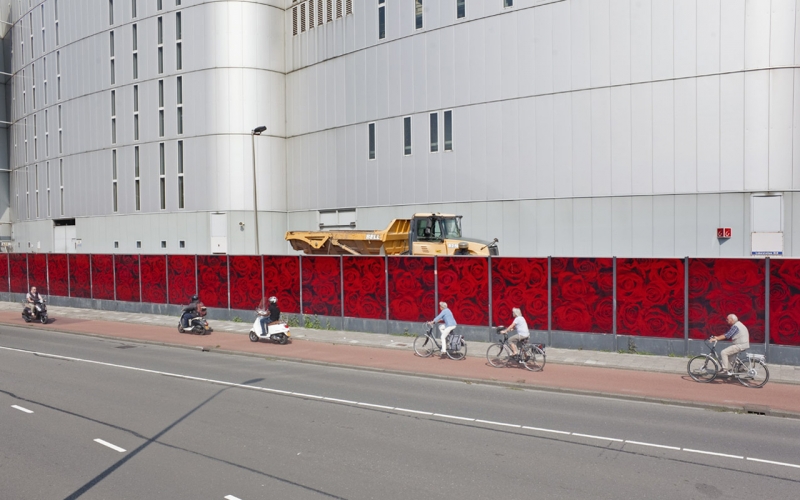 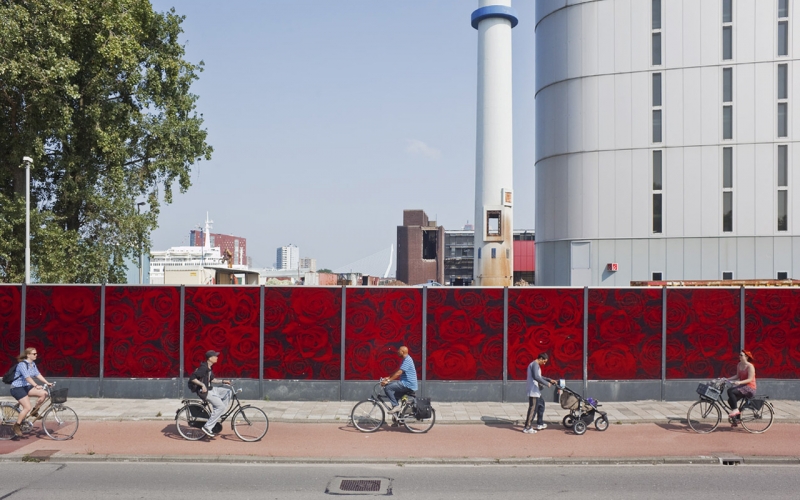 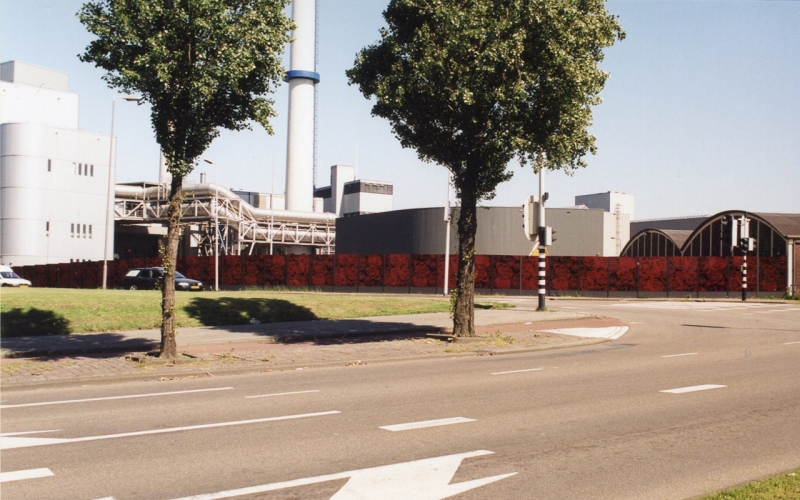 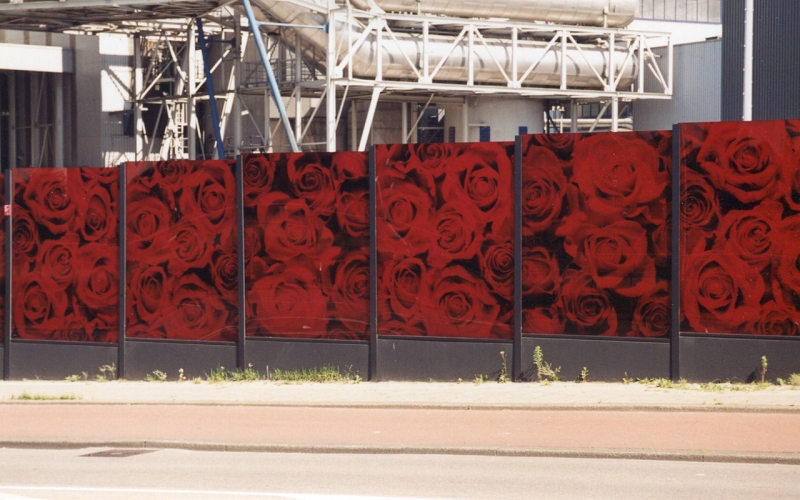 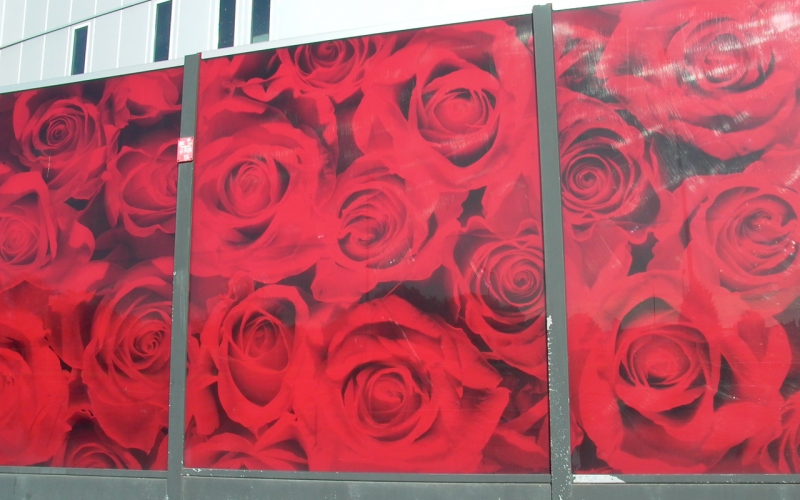 Until 2017 was the Rose wall by artist Lydia Schouten visible on the Doklaan. A long red wall that served as a boundary for the flue gas cleaner of the Roteb incineration plant, when it was still located there. The Rose wall was transparent during the day and lit up at night. Red roses were depicted all over the wall. The rose as the symbol of purity and love, in tribute to the important task of the Roteb, which must turn waste into clean air. According to Schouten, the rose was also symbolic of pure beauty, because it is often used for the manufacture of perfume, which has a concealing effect. The 260-meter-long red wall provided a poetic addition to the functionalist architecture of Maarten Struijs, architect of the then Municipal Works, who designed this building between 1990 and 1993. On the occasion of this, Struijs and Schouten compiled the fairy tale 'Dirt' about pollution, in which the characters Stanka and Herrie perform. The shiny steel plates formed a futuristic machine-like volume, which reflected a dynamic spectacle of light and shadow, depending on the point of view and light. The image of the roses and the shiny building reinforced each other, but since 2017 the Rose wall no longer in its entirety. The building including the artwork has been sold and the new owner has a different zoning plan for the building. The Rose wall is arranged in a number of strips on the site.

Between 1948 and 1978, Lydia Schouten (Leiden, 1982) made performances about women as sex objects, romance and eroticism. From 1982 onwards she starts making video films, in which she experiences the most fantastic adventures against colorful board cardboard sets. The videos are a parody of the Hollywood B film world with the difference that Schouten's female roles are strong and assertive.