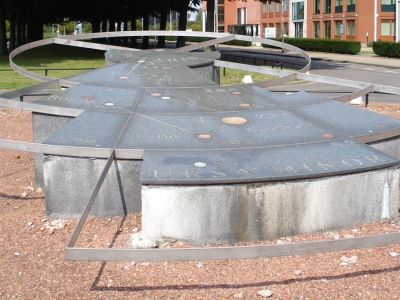 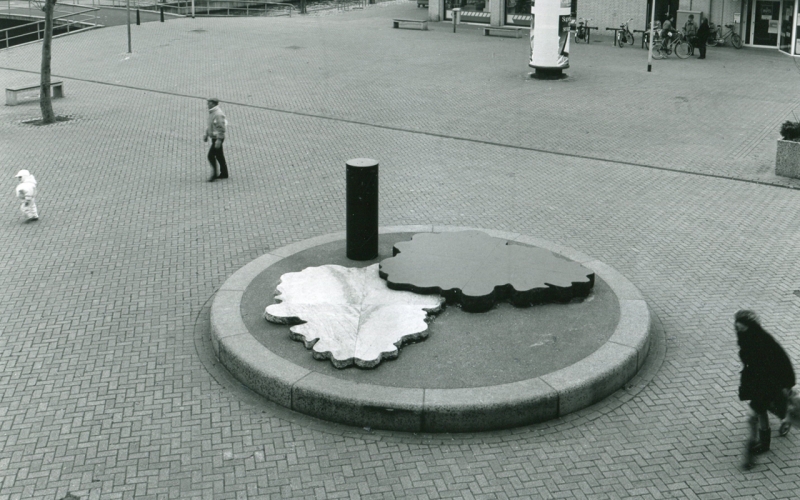 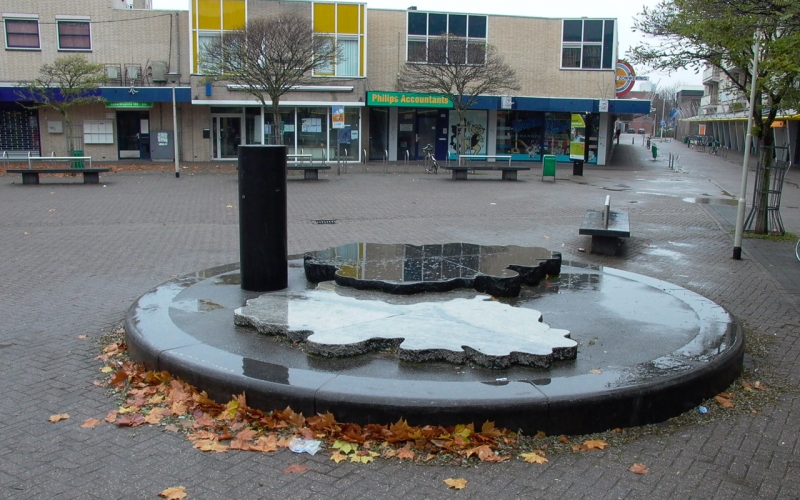 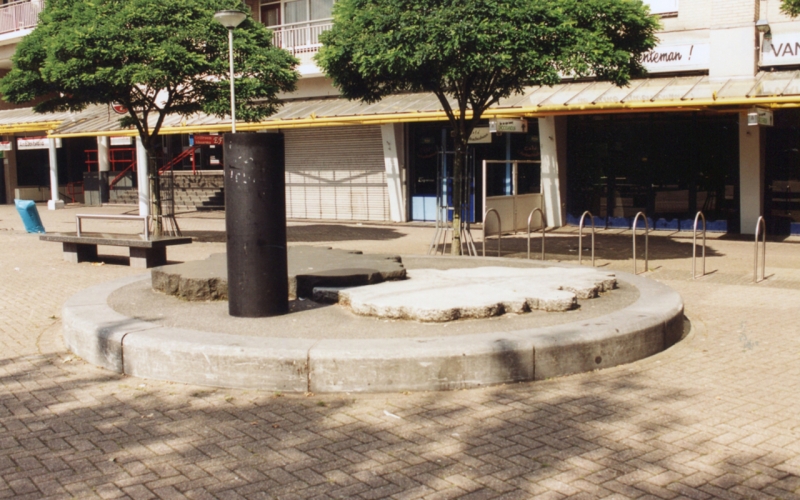 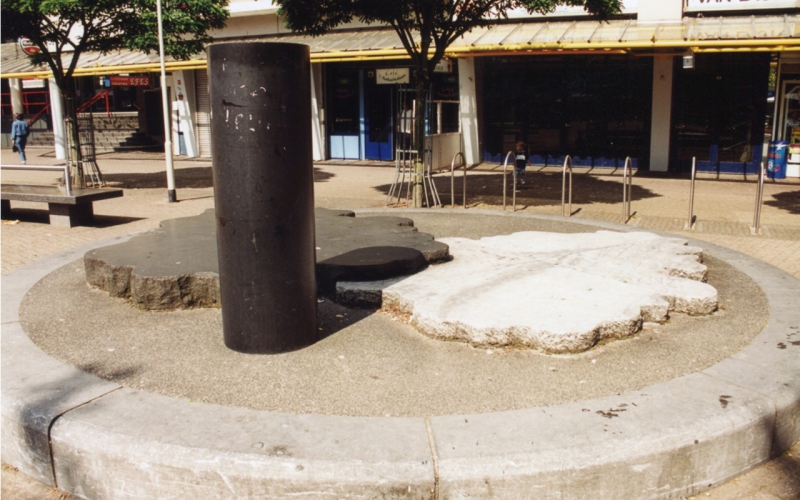 De Shadow tree casts a morning shadow and an evening shadow on a terrazzo surface. The shadows are light and overlap each other, suggesting a lapse of time. The trunk, the source and the landmark itself are black. The difference in height of the shadows and the elevation of the whole above the square invite you to use it, you can sit on it and comment on the passers-by. Trees used to have a social function: on triple jumps they often formed a meeting point for the local population, who, sitting under a shady canopy on a bench, went through the latest village news. Such a tree was popularly called a lie tree. Boezem abstracted this lie tree into a short trunk. In addition to the tangible elements, Boezem also uses elements such as time, light and shadow.

Marinus Boezem (Leerdam, 1939) is a Dutch sculptor. He is known for his radical view of art and his work in public space. In the second half of the sixties, Boezem was, together with Jan Dibbets and Ger van Elk, a representative of conceptual art and 'arte povera' in the Netherlands.