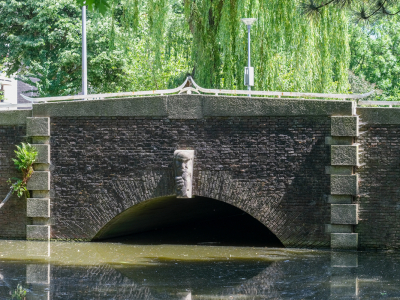 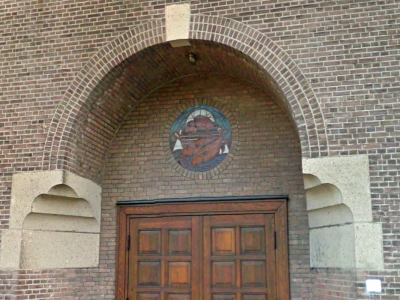 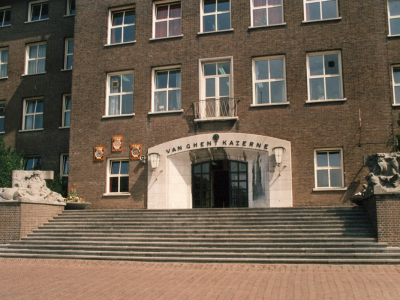 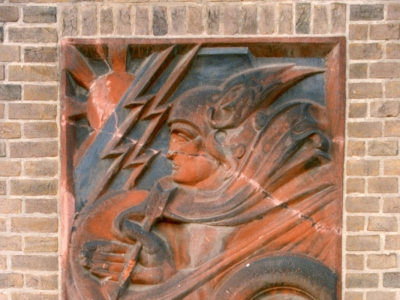 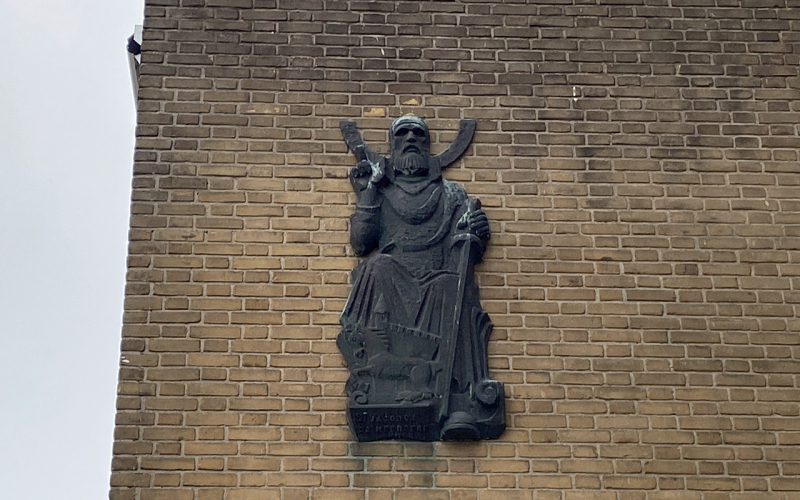 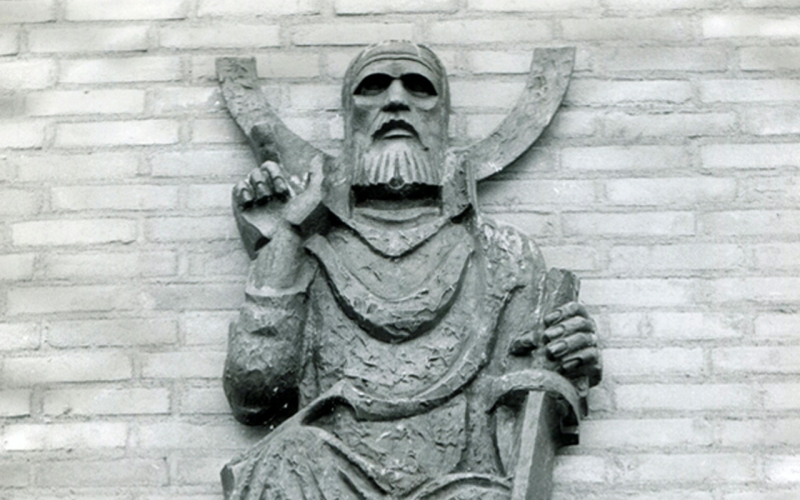 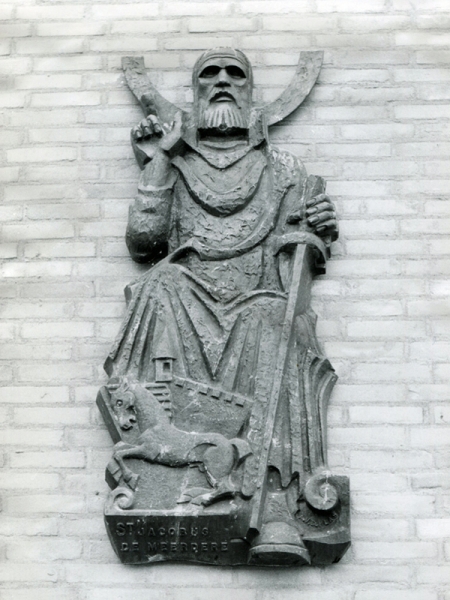 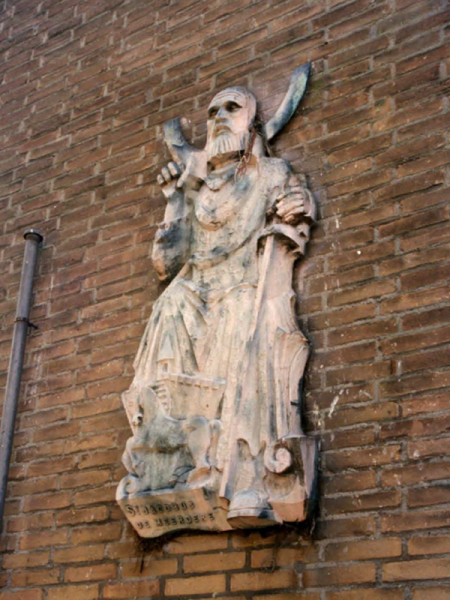 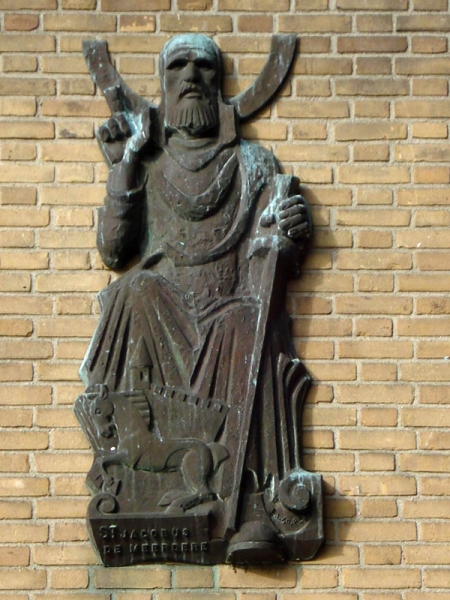 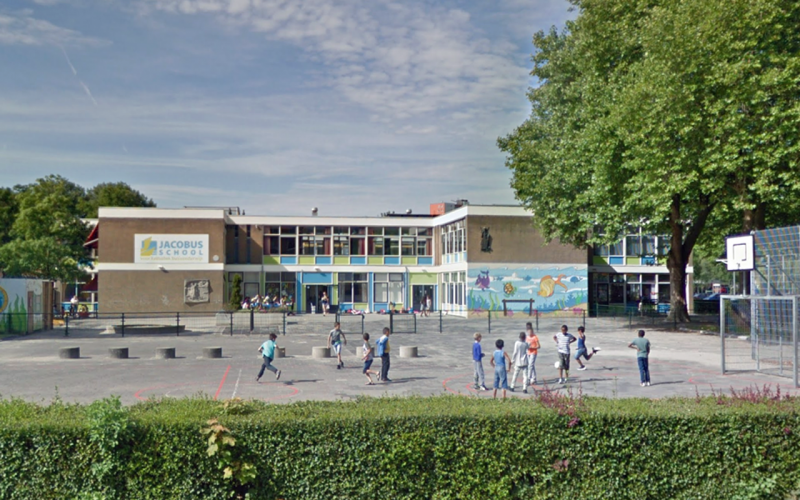 Sint Jacobus is the name giver of this school. This facade relief Saint James depicts the saint with a sword, which symbolizes the struggle he fought to spread Christianity. At his feet is a fortress, a symbol of Jerusalem, and a horse. His hands are robust, his face is angular and straight. Saint James is one of the twelve apostles of Jesus. Apostle James bears the name 'the Greater' to distinguish him from another apostle, who is called James the Less. After the death of Christ, Saint James the Greater became an ardent proclaimer of the teachings of Jesus in the Holy Land and became head of the Christian congregation in Jerusalem. He is also said to have preached the gospel in Spain. After his death, his sarcophagus is said to have been thrown into the sea and washed up by Northern Spanish art. A city was founded with his name, Santiago de Compostela (Saint James is Sant Iago in Spanish), which has become a special place of pilgrimage. This facade relief was made by sculptor Adriaan van der Plas in the percentage scheme for the construction of the school. At the Jacobusschool you can also find a gable stone by Teun Jacob, namely Children with fish.

Adriaan van der Plas (Rotterdam, 1899 - Kerkrade, 1974) specialized in religious art and design. He studied at the Rotterdam art academy. Van der Plas received a bronze medal for nude figure drawing and he received three Royal Grants. From 1921 to 1923 he made study trips through Europe and then settled permanently in Rotterdam. He drew delicately and with care, made prints and paintings, including murals for De Doelen in 1935, a Way of the Cross in front of St. Bavo in Heemstede. In 1940 he made the mural 'Viribus Unitis' for the Jungerhans family's emergency shop on Mathenesserlaan.