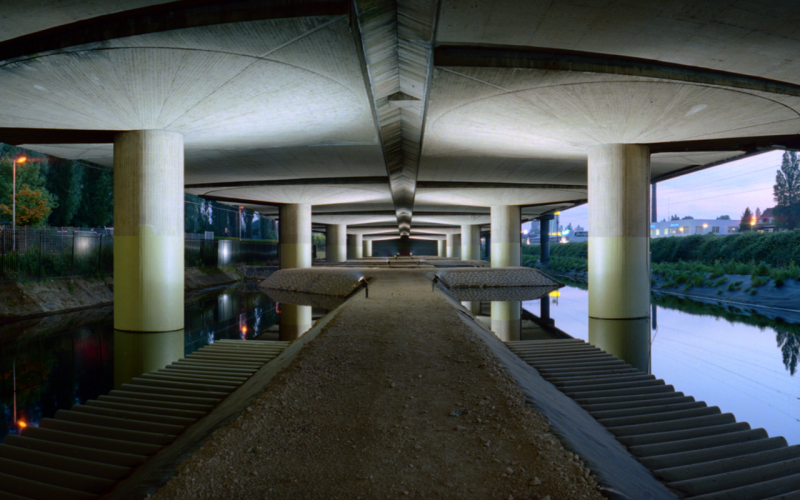 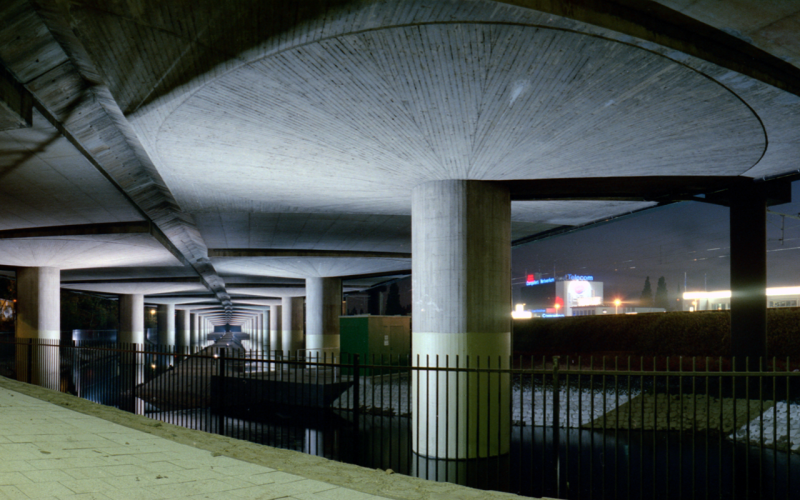 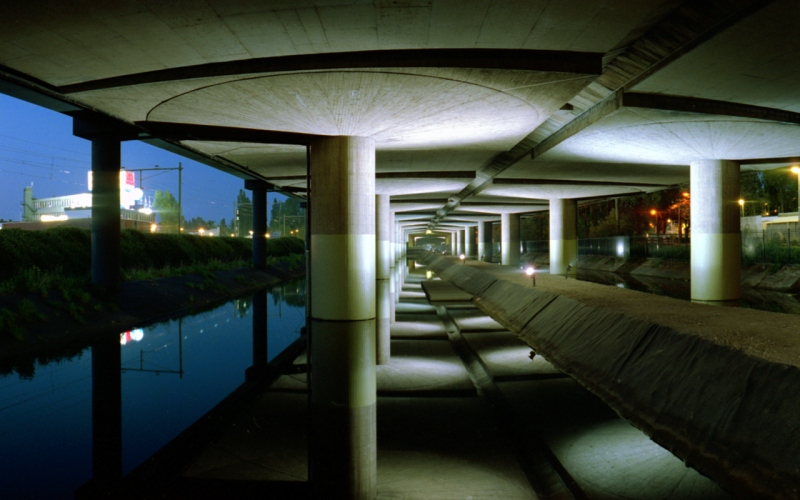 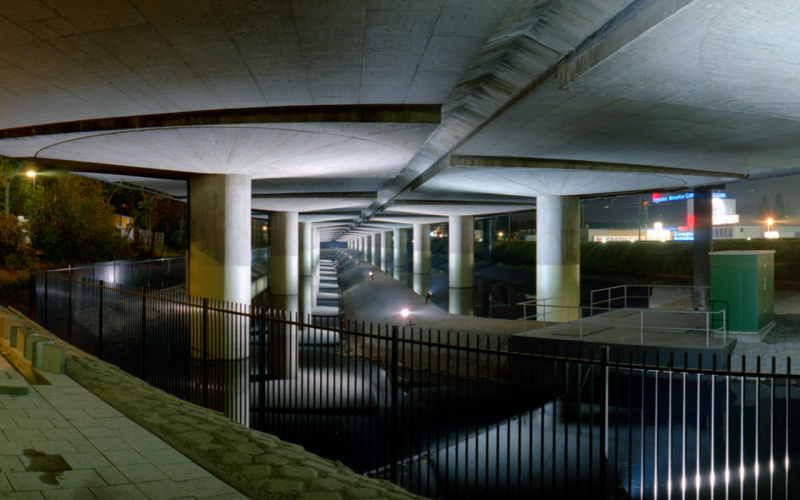 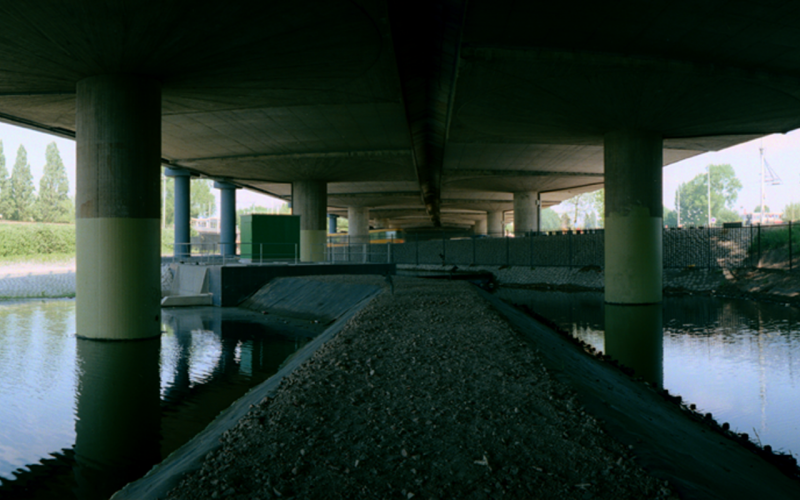 The mouse hole was the nickname of a messy area, full of tunnels, elevations and depressions under the A20. The passage functioned as the connection between Rotterdam-Noord and Hillegersberg. In 1998, CBK Rotterdam was asked to help think about a new approach to the unsafe no-man's-land situated under a noisy highway and railway line, and to which a reservoir for excess sewage water had to be added. CBK Rotterdam, together with consultant Maarten van Wesemael, a specialist in the field of sustainability, selected three artists: QS Serafijn, Hans Snoek and Jeroen van Westen. This company designed an integral vision of the area, in which four principles were honored. A natural environment and human intervention are inextricably linked; a public space must be legible; artists should not behave 'autonomously', but strive for collaboration between different disciplines; and the ability to take care of a place is as important as the design of a place. From this point of view, it was proposed not to hide the reservoir for sewage water from view, but instead to give it a prominent and visible place. This created a mirrored surface that could emphasize the monumentality of the viaduct. The sewage pumping station was placed in the middle of the reservoir, so that 'the engine of the system was clearly and recognizable present'. The company wanted to let nature take its course along the edges of the basin. Finally, a lighting plan was advocated, in which the viaduct and the sewer pumping station were illuminated in a monumental way. In doing so, the artists accepted the sewage pumping station and the viaduct as necessary, but also vital components of urban society. Moreover, the approach had an ecological component: certain plant species had a beneficial effect on negative environmental impacts. Implementation of the program started in 2000 and in 2001 The mouse hole delivered.

QS Serafijn (Roosendaal and Nispen, 1960) is a visual artist, installation artist, photographer and writer. Well-known works by him are the D tower in Doetinchem (in collaboration with NOX Architekten Rotterdam, 2004), What is finished is not made (Apeldoorn police station, 2009), the equestrian statue John Wayne in Wateringse Veld (2010) and BANK! in the Hilversumse Meent (in collaboration with Buro Poppinga Amsterdam, 2011). In addition to columns, he publishes Notes and novellas such as 'STREEKROMAN (Cross-cut landscape)' (2008), 'TREKKEN' (the book for the dentist, 2010) and 'Het Wonder van Wateringse Veld' (2010). QS Serafijn is a teacher at the Gerrit Rietveld Academy in Amsterdam. He works and lives in Rotterdam.

Hans Snoek (Gorinchem, 1960) is a visual artist. From 1980 to 1987 he studied at the Jan van Eyck academy in Maastricht. Together with artist QS Serafijn, he formed the occasional association Omission.

Jeroen van Westen (Beverwijk, 1955) is a visual artist. He followed from 1973 to 1978 the Sint-Joost Academy in Breda and developed into a landscape artist. The starting point in his work is the readability of the landscape and the connection between nature and culture must be clear. He is based in Heeten.

Maarten van Wesemael (1961) is an urban curator. He focuses on the role of visual arts in the development of the Dutch landscape. At the province of Noord-Holland he was employed as project manager Cultural Planning, which means that more visual artists are involved in spatial planning and urban renewal.