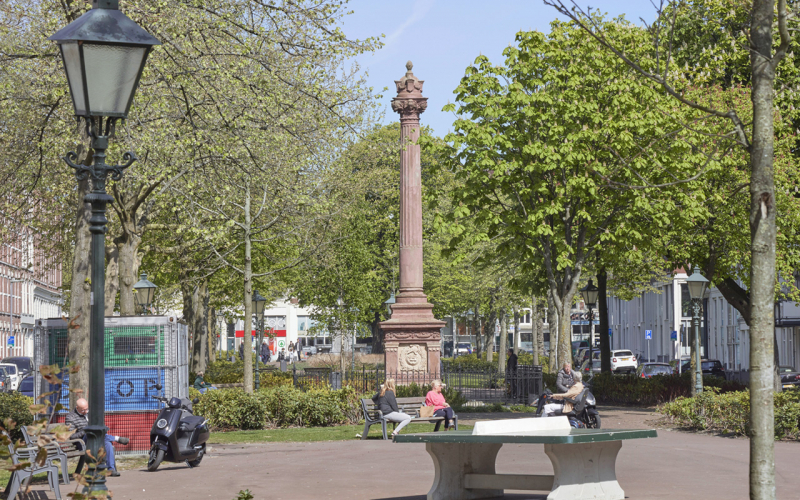 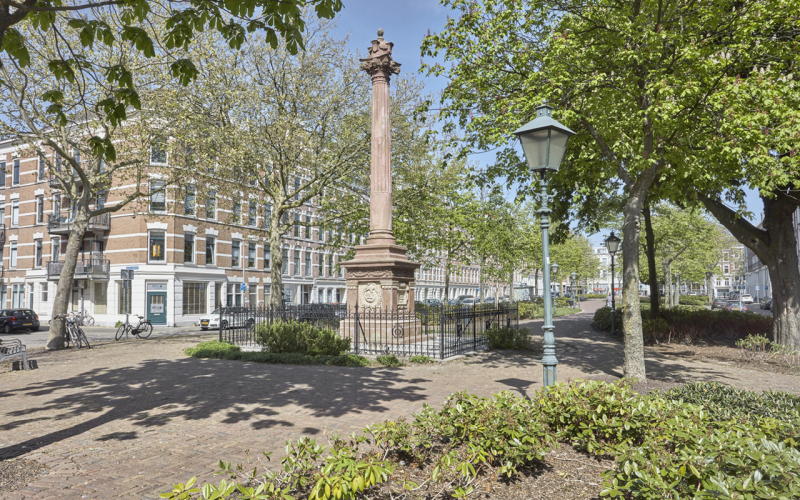 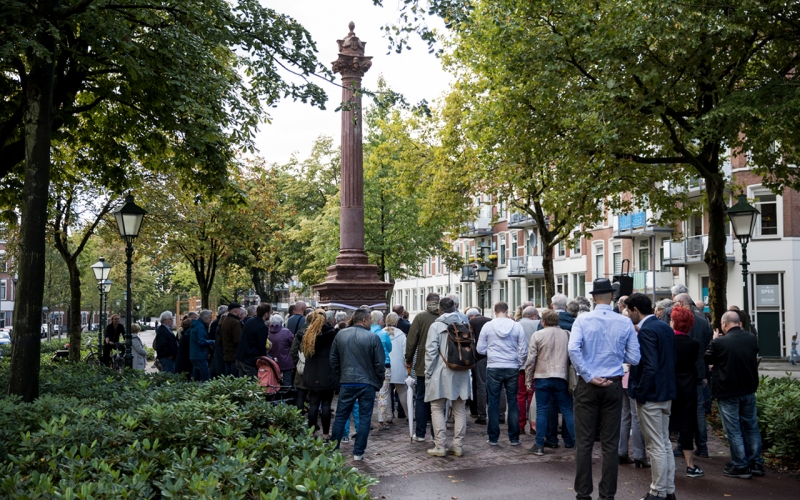 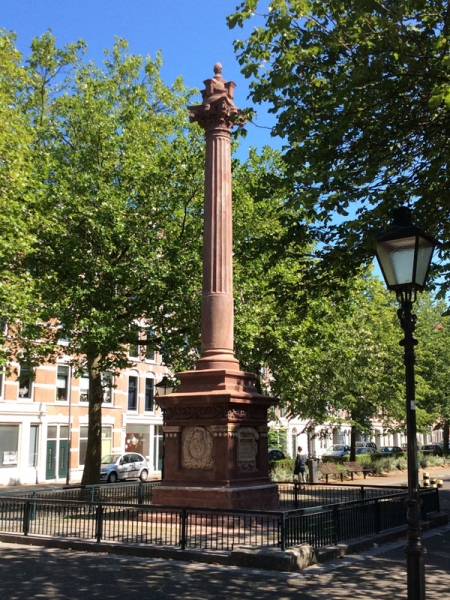 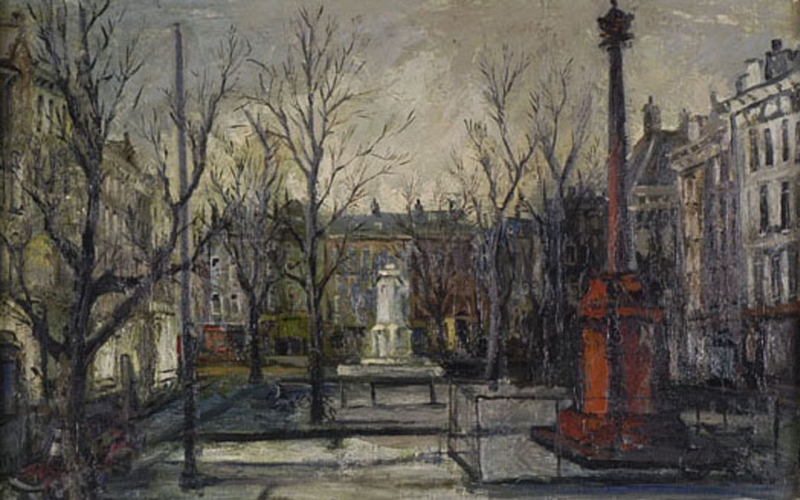 This classic 19e century Corinthian column is unique to the Netherlands and designed by the Delft professor Eugen Gugel. It Sculpture monument was placed at the time of the creation of the Noordereiland in memory of the hydraulic engineer Thomas Joannes Stieltjes, who lived from 1819 to 1878. He is seen as the architect of the construction of the harbors in Feijenoord south of the Nieuwe Maas, who saw the great flourishing of Rotterdam as a port city. In 1884 he was honored for this important contribution to the development of Rotterdam (South). This monument was realized in the period when civil engineering officials were responsible for major infrastructural works in Rotterdam. It Sculpture monument is a national monument and bears the text: “Tribute from friends and worshipers 1882” and a medallion with the portrait of engineer Stieltjes. An image of a measuring instrument at the base of the column refers to the profession of Stieltjes. In 2015 it is Sculpture monument Intensively restored by order of the municipality of Rotterdam. Residents' organization Stichting Montmartre aan de Maas has worked for years for the most complete restoration of the original monument. The special red sandstone has been removed from under the paint layers and the ornaments have been restored. After raising funds by the residents, the original fence was also restored to its old state. The key to the fence is in safekeeping at BKOR. A copy of the original white marble portrait medallion has been placed as a final action on the authentic restoration of 'the needle of Stieltjes'. The original marble version - a very similar work by sculptor Eugène Lacomblé, is considered too fragile and is in safekeeping at Museum Boijmans Van Beuningen. Just like in 1930, when an official request from neighborhood associations was made to the city council of Rotterdam, residents of the Montmartre aan de Maas Foundation have now also expressed a wish to replace the replica with a copy of the original. After an extensive art-historical research commissioned by BKOR into the request from 1930, Museum Boijmans Van Beuningen gave permission for a replica to be made. BKOR subsequently awarded the assignment to the MeestersIn stonemason (partly thanks to a financial contribution from the G. Ph. Verhagen Foundation). The intensive restoration of the monument was celebrated on 9 September 2017, with the placement of the replica of the white marble medallion as the final piece. This work forms along with it GJ de Jongh monument. Then Caland monument en Square island in the lake a collection of water management works in Rotterdam.

Eugen Gugel (Bergzabern, 1832 - The Hague, 1905) was a German architect and the first Delft professor of architecture. His books have been used in architectural education for decades. Gugel was the teacher of various prominent architects. Examples are Nijmegen city architect Jan Jacob Weve, architect Constantijn Muysken and chief justice engineer at WC Metzelaar.

Eugène Lacomblé (Brussels, 1928 - Arnhem, 1905) was a Belgian sculptor. He started as a 14-year-old apprentice with sculptor Jacquet and took classes in the evenings at the Académie Royale des Beaux-Arts in Brussels. From 1850 to 1853 he worked and studied in Paris. In 1855 he moved to The Hague and in 1859 became head teacher at the Royal Academy of Art. He taught, among others, Charles van Wijk and Bart van Hove.