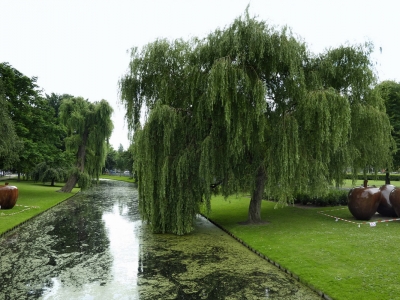 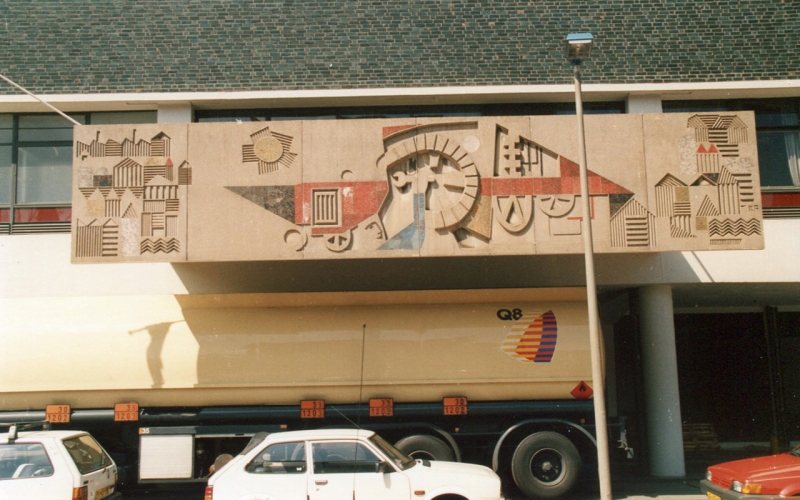 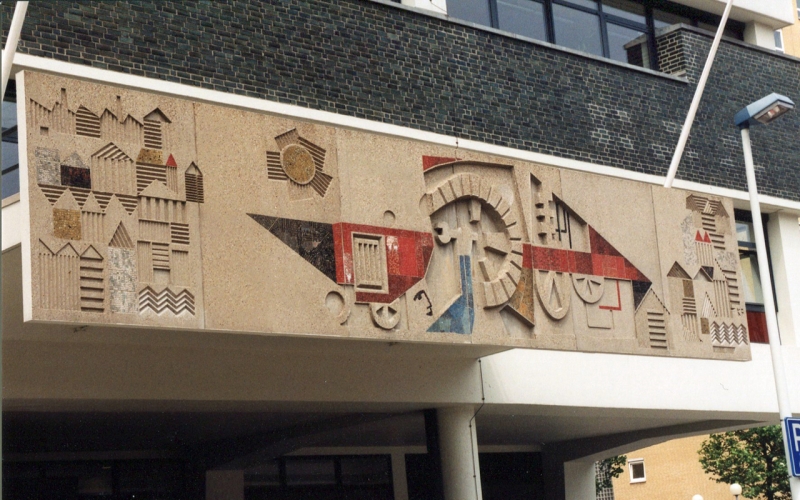 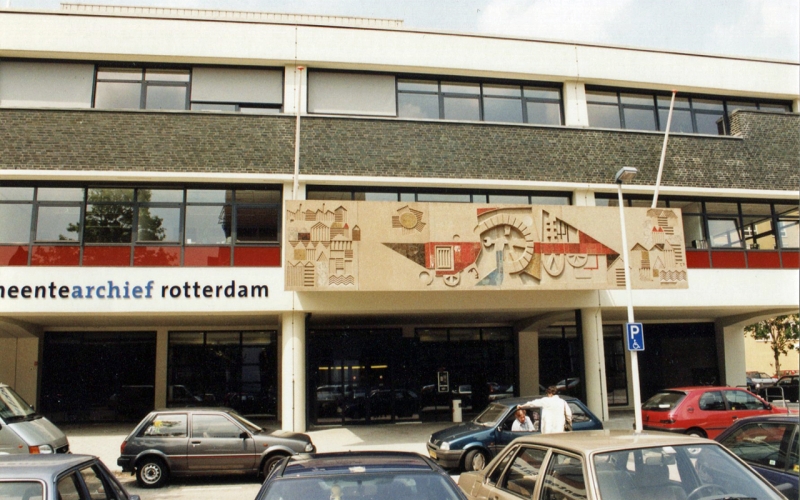 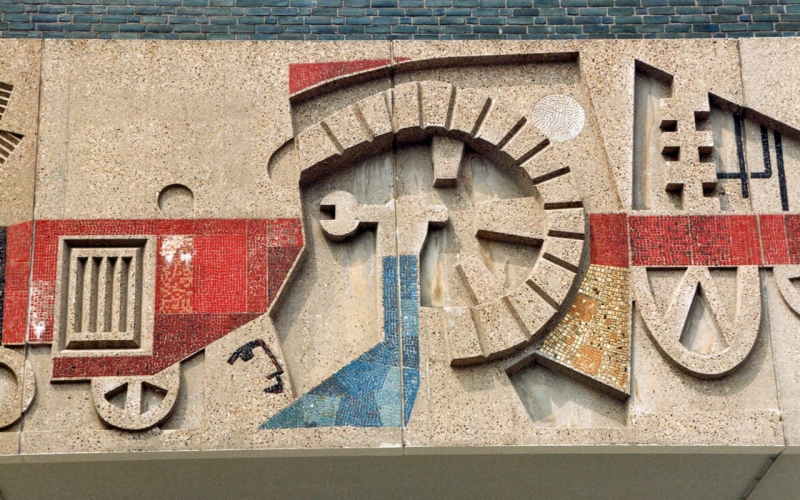 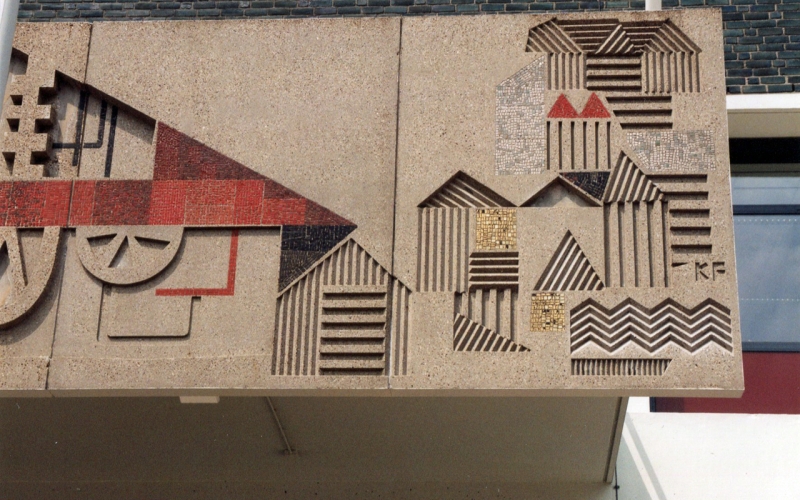 Above the entrance to the Rotterdam City Archives is a facade relief by artist Kees Franse. The building was designed by the architect Hugh Maaskant in the late 1950s and delivered in 1963. It was intended as a workplace for the Rijks Automobiele Centrale (RAC), the government department that managed the cars of tax authorities, PTT and Rijkswaterstaat, among others. As a result, there were originally gas pumps under the French canopy. Work Technology and city has a nice surface division and composition with a special application of colors and gradations, where shimmering and subtle colors contrast with the raw concrete. The relief has the loveliness of much reconstruction art and at the same time you see the city, activity, dynamics and the promise of a new era. In 1998 it was converted for the City Archives.

Kees Frans (Oud Beijerland, 1924 - Rotterdam, 1982) was a Rotterdam artist. He studied from 1944 to approximately 1949 at the Academy of Visual Arts and Technical Sciences in Rotterdam. In 1951 he co-founded the artist group 'Argus' with Louis van Roode and Huib Noorlander, among others, with which he exhibited jointly. He mainly specialized in painting, but also made work for the public space, including a colored concrete relief (1962) above the entrance of the current City Archives in Rotterdam. He had a special interest in apples, from which he made enormous wooden sculptures. His 'apples' can be found in Gorinchem, Amsterdam, Arnhem and Leiden, among others. His 'Schiphol apple', made in 1975, is famous, on which thousands of travelers left their names and messages over the years, and which at that time served as a meeting point.