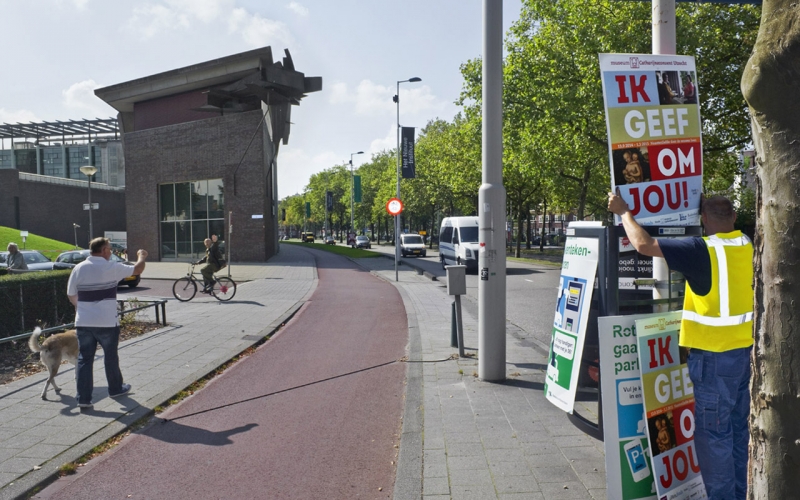 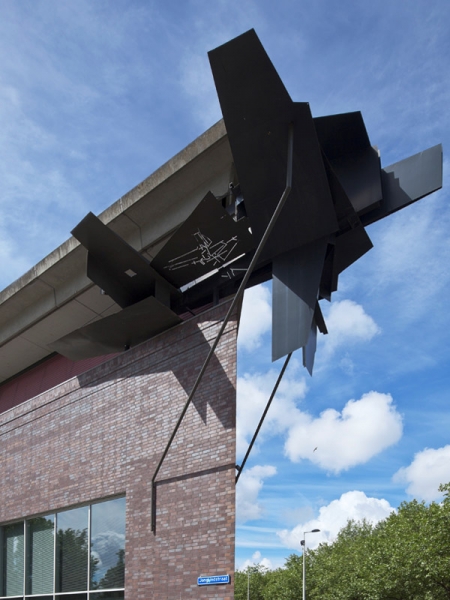 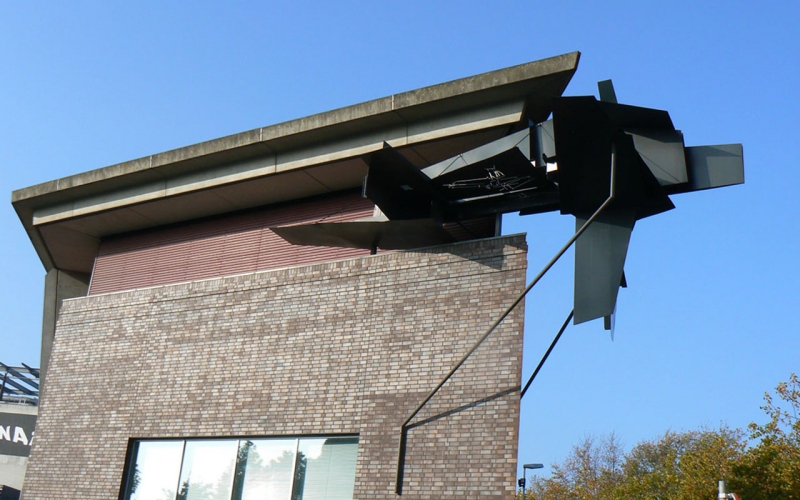 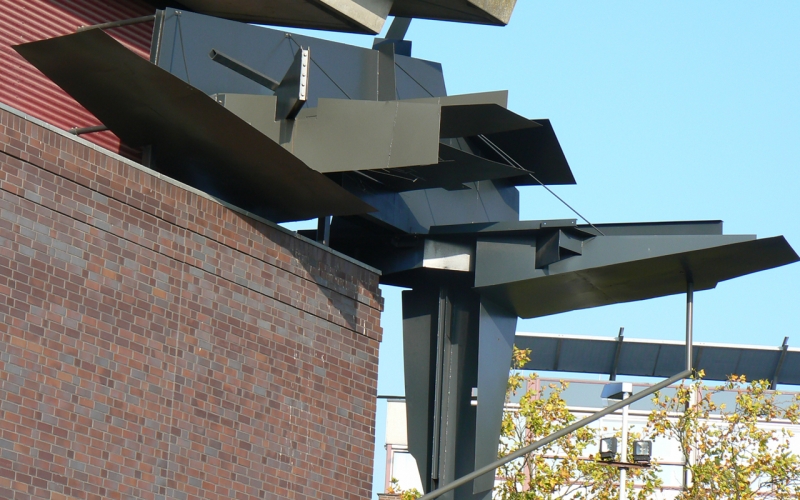 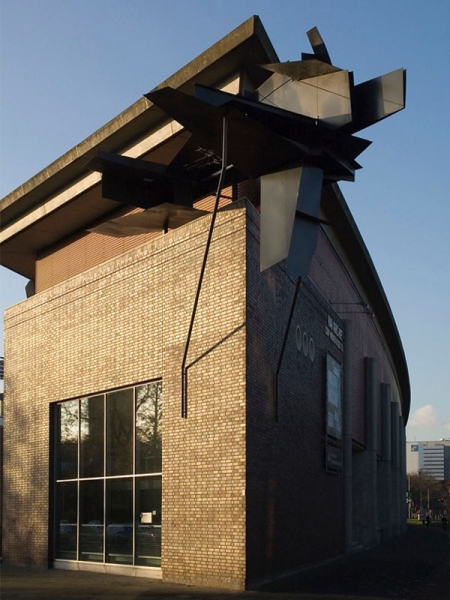 This parasite-like steel sculpture, Woods' only realized project in public space, is a gift from TU Eindhoven to the former Netherlands Architecture Institute (NAi). The Hermitage was attached to the east end of the elongated depot building and was unveiled on July 15 by 2004, then alderman Hulman. The Hermitage originated in 1999 from a partnership between the Eindhoven University of Technology and the MU Art Foundation. Woods was asked to design a facade object for MU. He made an abstract 'hermit cell', which depicts the tension between individual expression and public display. The artwork was attached as a temporary installation to the facade of the Witte Dame (MU) in Eindhoven for a period of two years and then stored. The CBK made a one-off financial contribution to the refurbishment and installation of the artwork at the NAi. On the occasion of this work of art, Showroom MAMA in the nearby Witte de Withstraat opened the multidisciplinary exhibition 'City City Bang Bang' that same day. In it, a number of young (video) artists, architects and performers gave a critical vision of the western city, inspired by Woods' ideas. A number of installations were also placed in and around the Sonneveld Museum House. For more information: Sculpture International Rotterdam.

Lebbeus Woods (Lansing, Michigan, 1940 - New York City, 2012) operated as an architect from his hometown of New York. He is often counted among the group of avant-garde architects to which Coop Himmelb (l) au and Daniel Libeskind also belong. Their deconstructivist architecture influences not only a young generation of architects, but also designers. Woods is best known for his ominous drawings that inspire filmmakers, visual artists, musicians and graffiti artists. Lebbeus Woods lectured and was regularly invited to exhibitions, workshops and lectures from Sarajevo to Havana. He was also academic director of an architecture school in Vico Morcote (Switzerland).