Whoever touches this exists (2006) Arjan Schoonhoven 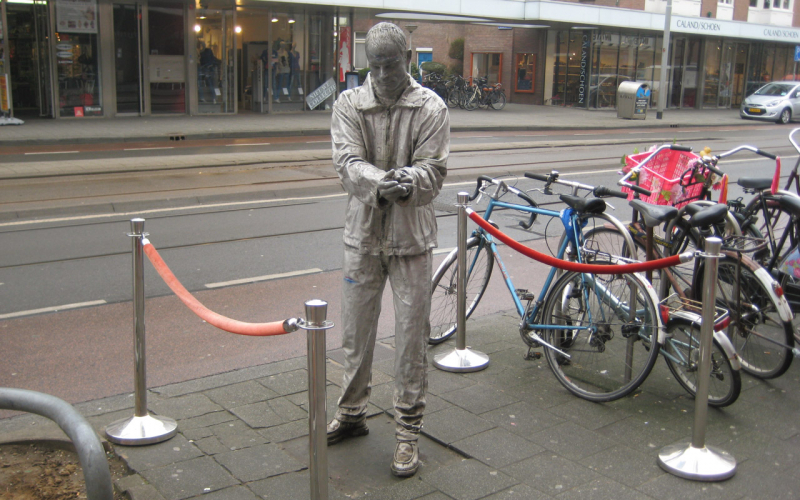 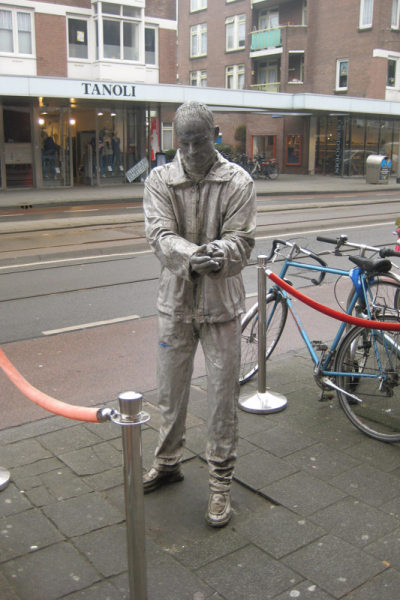 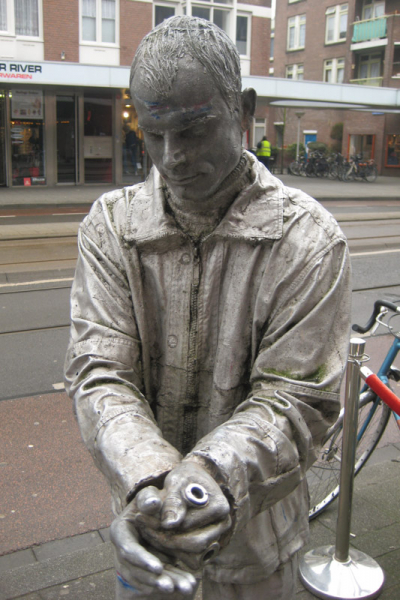 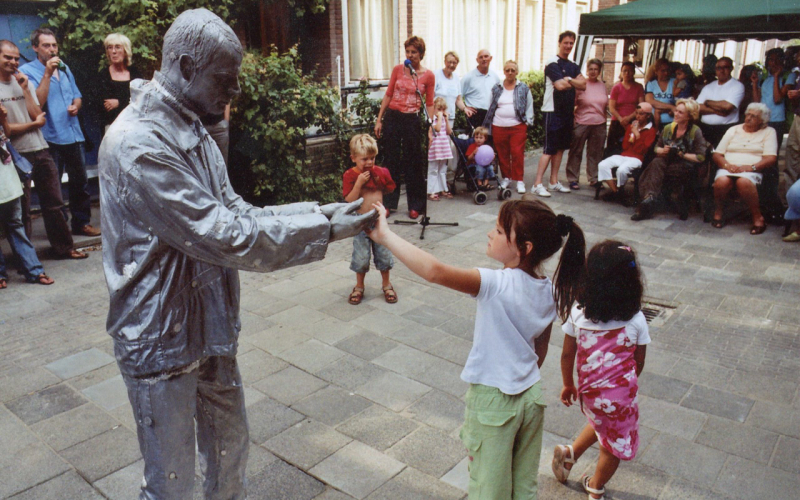 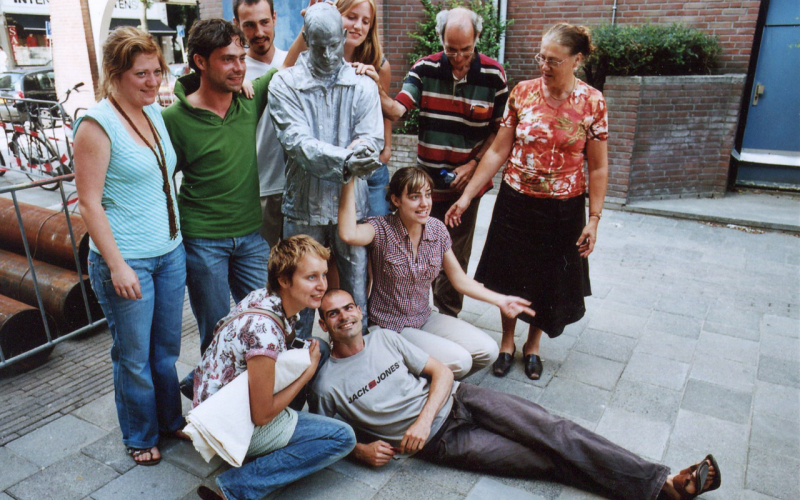 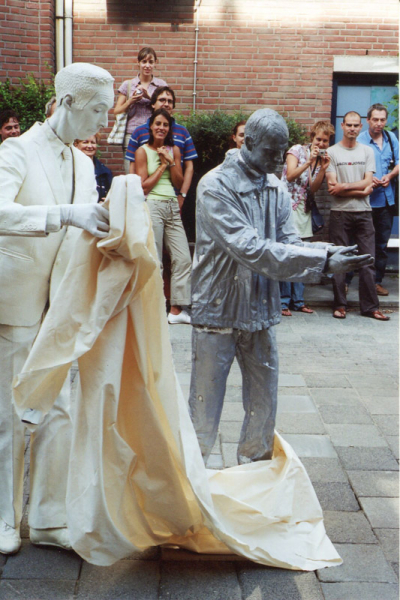 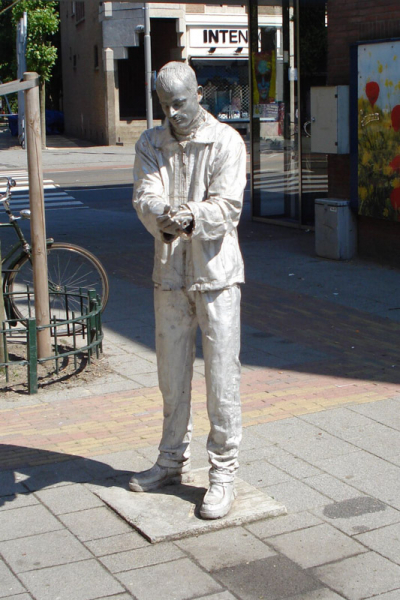 This image is the result of an incentive prize from the Prins Bernhard Cultuurfonds, which was won by Arjan Schoonhoven. Work Whoever touches this exists was initially placed in Museumstraat in 2006. It was made at a time when there were many manifestations, including living images. The man is standing in the street, not on a pedestal but among the people and is man-sized. It is a cast in aluminum of a dressed human figure. By using rubber molds, a fairly exact copy of, for example, the structure of the figure's clothing has been achieved. In his hands there is a sight glass with which you could look at the museum quarter. After an enthusiastic reception from the residents, the image nevertheless caused nuisance to local residents due to the nightlife public and the endless taking of selfies in groups. The owner of the store Black Widow then took the initiative to adopt the statue and place it on the Nieuwe Binnenweg in front of his store.

We have no information available about artist Arjan Schoonhoven (1973).