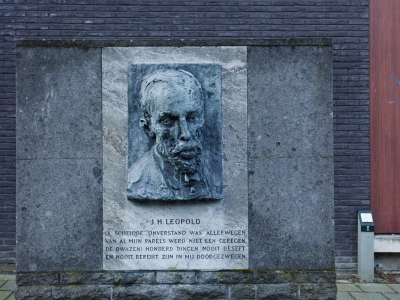 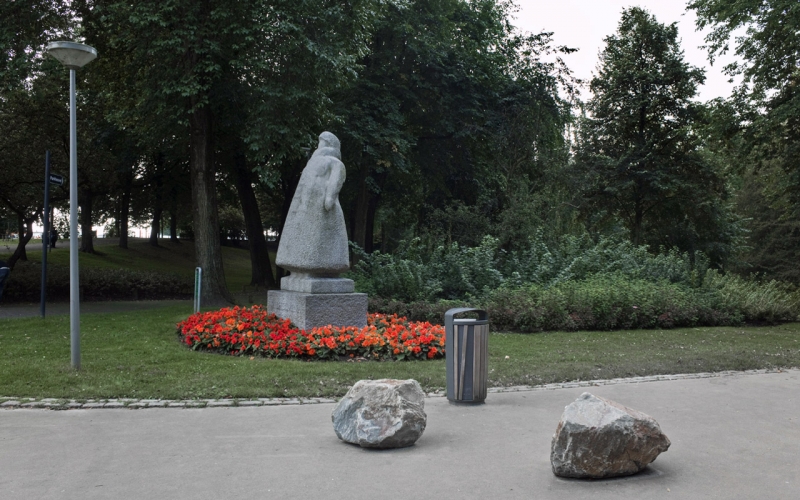 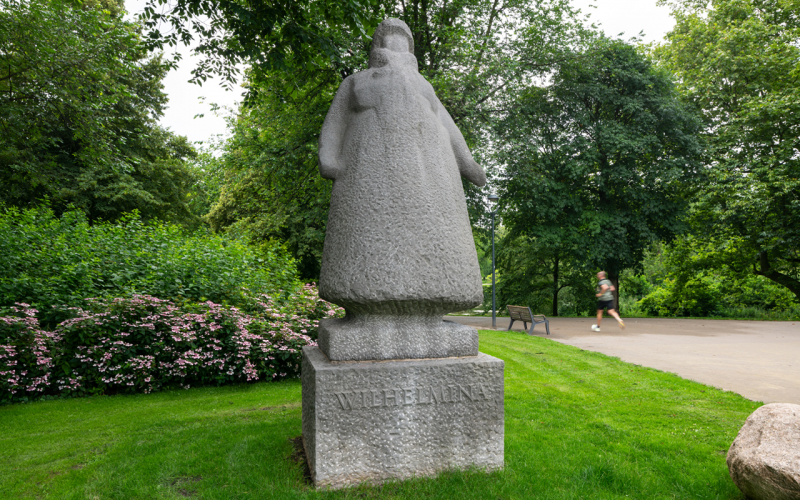 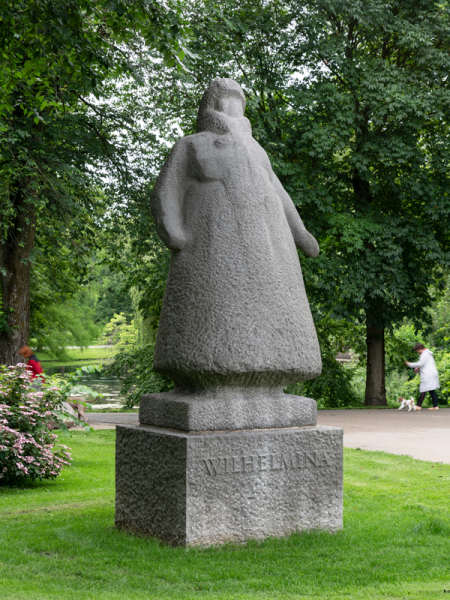 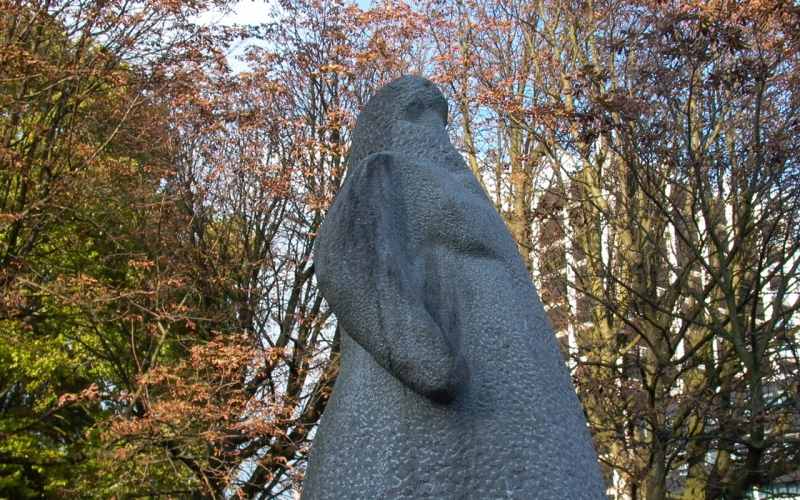 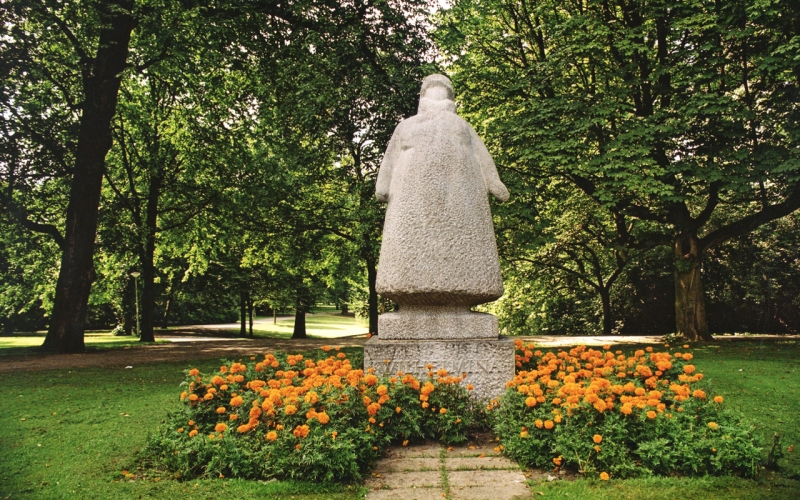 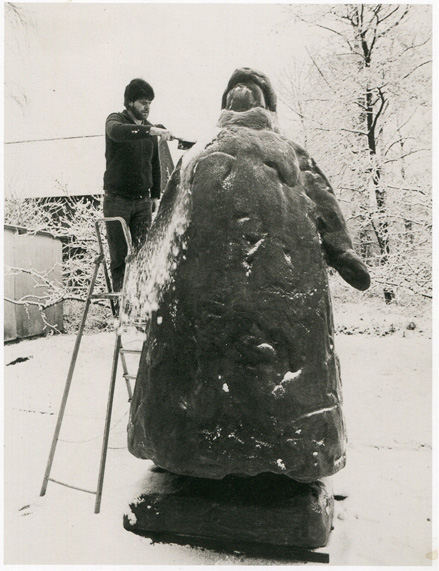 The initiative for this monument to Queen Wilhelmina (died on November 28, 1962) came in 1965 from the chairman of the Chamber of Commerce, Mr. KP van der Mandele. The business community and the population of Rotterdam raised the money for the assignment. Van Pallandt received this commission with the request to portray Wilhelmina as the queen of the resistance: strong-willed and unyielding. The statue expresses the steadfastness and determination with which Wilhelmina led the Dutch government in exile in London during the war years 1940 - 1945. In Winston Churchill's words: “There is only one man, and that is Queen Wilhelmina“. In the post-war period Wilhelmina was very interested in the badly hit Maasstad, which she awarded the motto “Stronger through Struggle”. Her last official act in the city was the unveiling of the war memorial of Mari Andriessen on the Stadhuisplein on May 4, 1957. On that occasion she was photographed standing in her long coat, looking up at Andriessen's sculpture group. Her attitude in this photo in the newspaper inspired Van Pallandt to create this monumental image of the queen. The detailing of the face is missing. Van Pallandt experimented with it, but the result was not entirely to the liking of Queen Juliana. She nevertheless approved it in early 1966, after which she unveiled the three-meter-high statue of her mother on May 4, 1968. The statue is used to the river, a view for which Queen Wilhelmina had a special preference. Originally it was intended to cast the statue in bronze, but it was executed in bluestone to emphasize the solid and the unyielding. The stone has been left rough all over the surface. Several copies of this monument have now been made, something that Van Pallandt usually did not approve. But according to the artist, there should be no limit to an image of the Queen. For example, there is a bronze casting in The Hague opposite Noordeinde Palace. For more information: Sculpture International Rotterdam

Charlotte van Pallandt (Arnhem, 1898 - Noordwijk, 1997) was a well-traveled artist who saw much of Europe in the Interbellum. Together with, for example, Mari Andriesse and Kees Verwey, she is one of the classic Dutch artists of the last century. Known are her portraits of Juliana and her image of Wilhelmina. As a baroness, Van Pallandt was able to get close to the highest circles. Influences of Constructivism and Cubism can be found in her work, but above all she developed an expressionist style in which she continued to work at an early age, even when other 'isms' succeeded each other. By continuing to concentrate on that one style, she is not an innovator, but a virtuoso. Her work revolves around lines, shapes, light and dark, and the expression of attitude and character - combinations of figurative and abstract expression. “The striking of a character is perhaps the essence of her artistry,” says Van Embden in one of the many publications about Van Pallandt ('Wilhelmina Monumentaal', 1987).