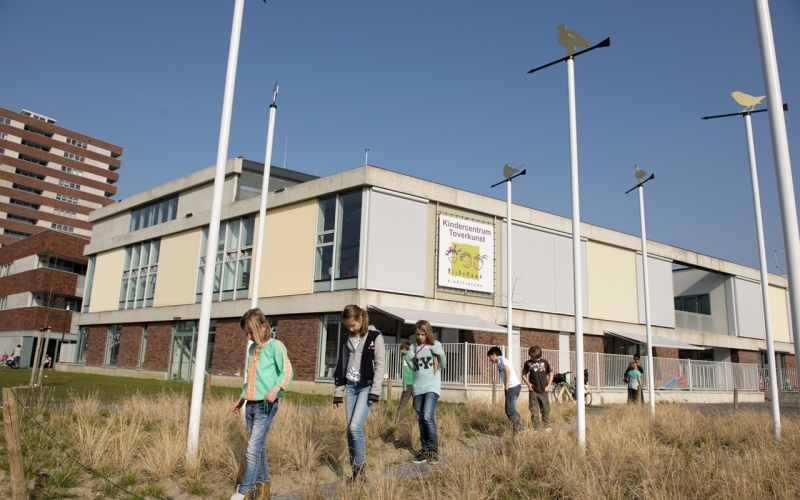 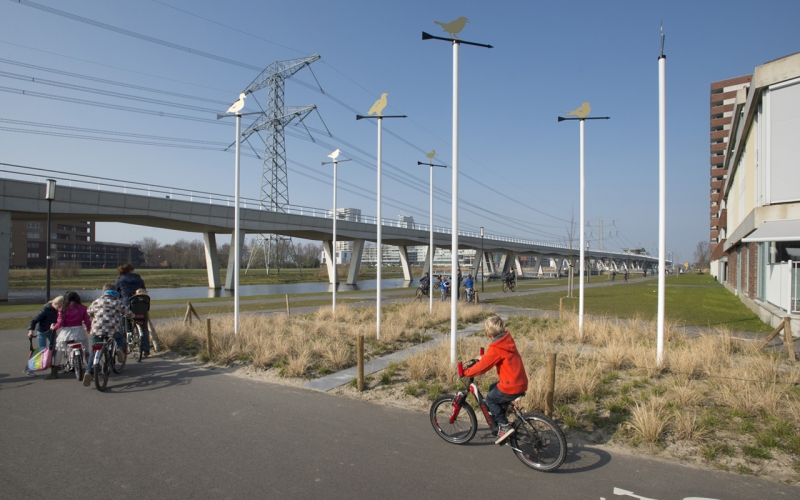 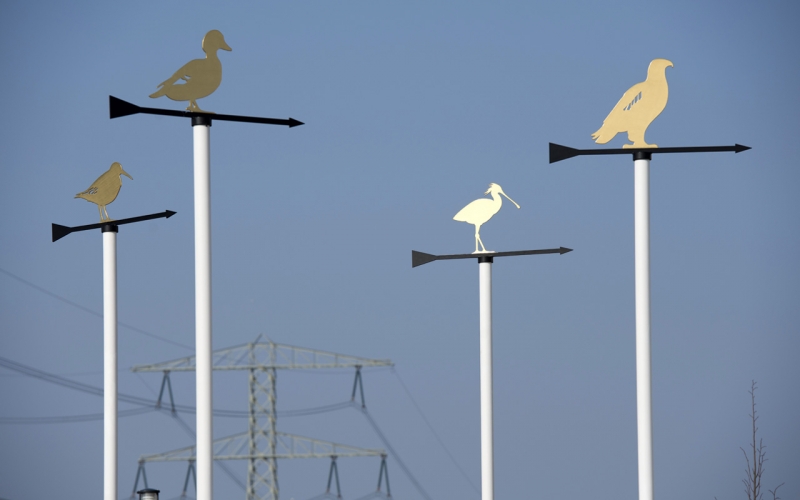 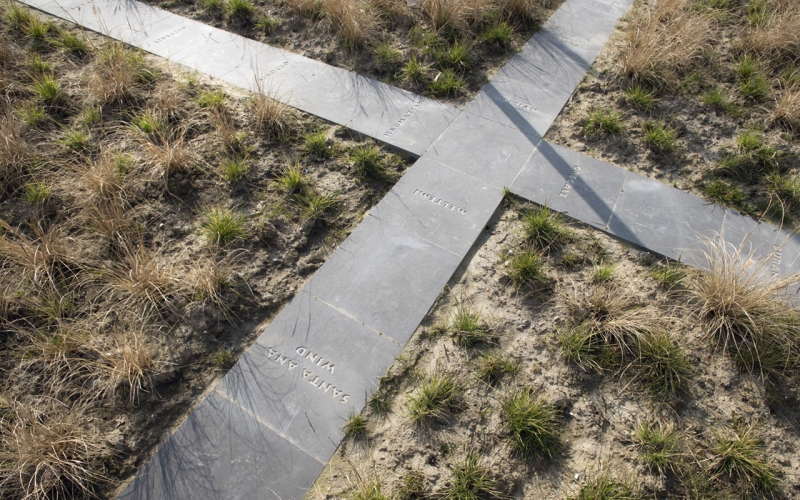 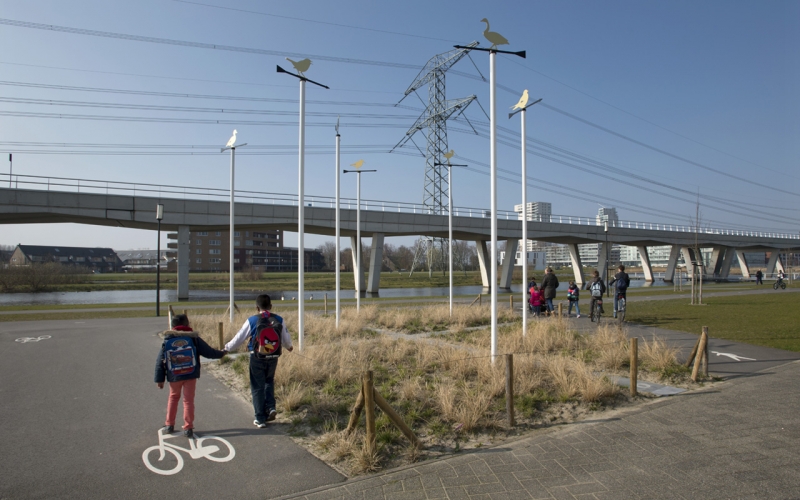 In 2007, visual artist Annelies Dijkman was commissioned to create a work of art in public space for the Community School in Nesselande. In the summer of 2013 it became Weather vane park delivered. The artist's idea was to (symbolically) connect the two branches of the Community School through a work of art. Because there is a lot of wind in the Nesselande polder, which has been converted into a residential area, Dijkman took the wind as his starting point. She soon arrived at the weather vane. Ultimately, the idea for her artwork arose: seven golden weather vanes on high white poles in a rough grassland. The location of the artwork is a wedge-shaped park surrounded by high, black fences of the hockey fields, the three-storey school building, the childcare and on the other side the above-ground metro with a number of high-voltage pylons behind it. A vast environment of a scale that almost looks industrial, but also anonymous. With this design, the artist wanted to give the school an 'address', a work of art that adds intimacy to the large scale and makes the place recognizable. Dijkman: “You feel the wind, look up and then you see the rooster of the tower turning. Old-fashioned, classic, the weather vane.” The seven weather vanes are placed in the park. Tall, white masts where golden bird silhouettes indicate the wind direction. They are abstractions of migratory birds that occur around Nesselande: the barn swallow, rough-legged buzzard, whooper swan, nightingale, spoonbill, pied sandpiper and the goldeneye. The masts stand between tall ornamental grasses, which are also planted in the Rietveld Park below the metro line. Two paths run between the masts, which indicate the four wind directions. In the tiles are engraved names of the wind, as it is called in other countries, such as chocolatero, tramontana or mistral. Because the wind blows everywhere.

Annelies Dijkman (Heemskerk, 1958) attended the Gerrit Rietveld Academy and the Rijksacademie in Amsterdam and settled in Amsterdam and Leiden as a sculptor, environmental and conceptual artist. Since the 1990s, she has mainly worked in public spaces throughout the country and responds to characteristics of locations such as parks, schoolyard and the sea.