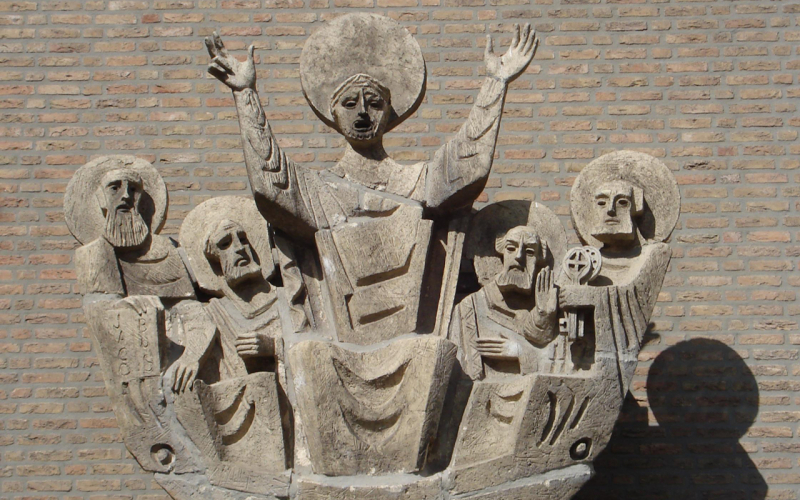 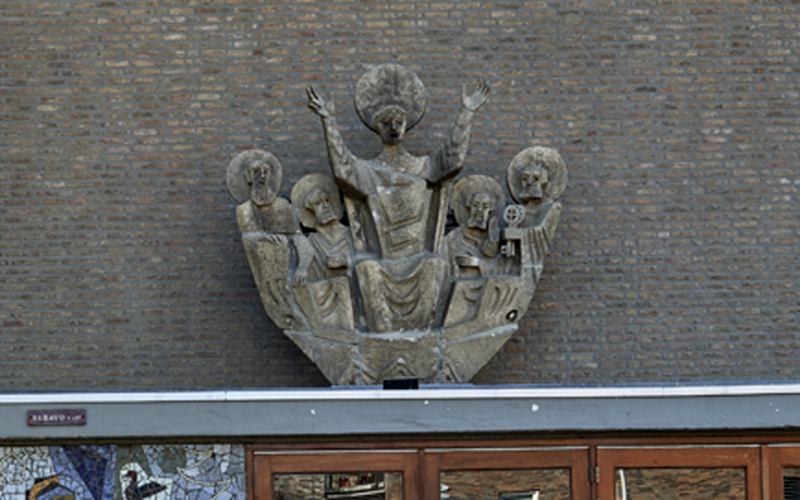 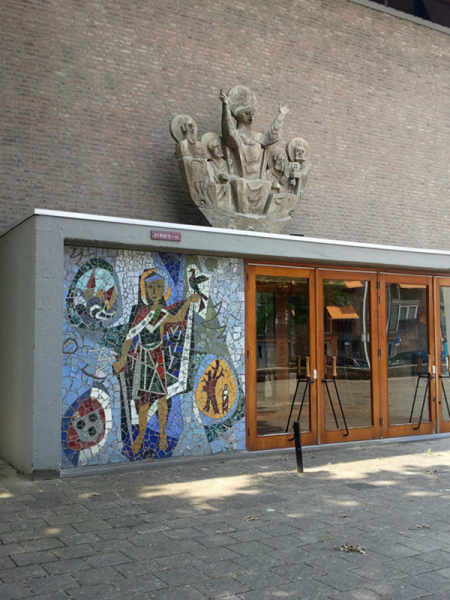 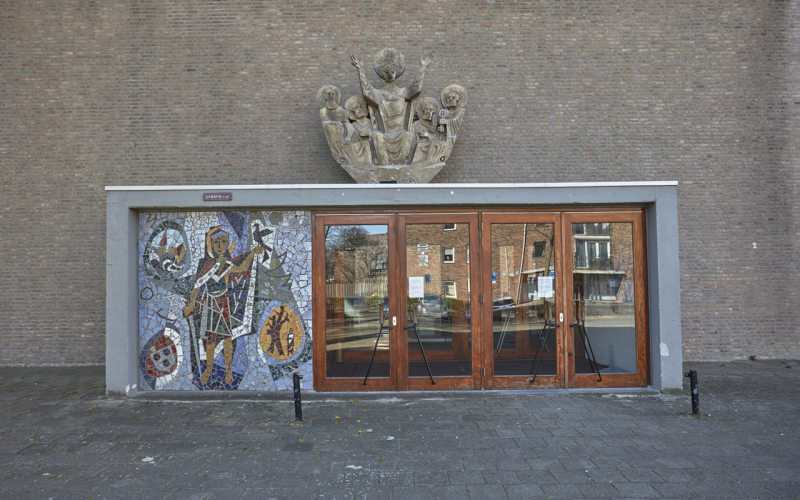 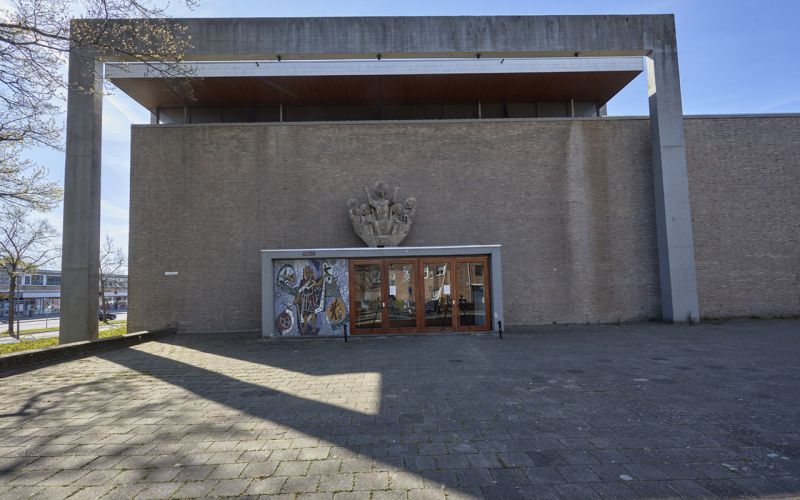 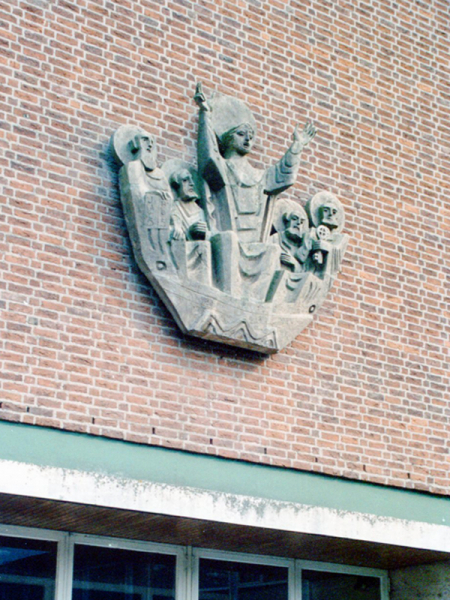 This gable stone was originally on the Onze Lieve Vrouw Immaculate Conception Church in Zuidwijk. After years of vacancy, this church building was demolished in August 2010. In 2004, the facing brick was replaced on the forward awning of the entrance of the Sint Bavokerk on the Slinge. The work presents Jesus with his disciples on the Sea of ​​Galilee. On the left we see disciple James the Just (also called James the Less), traditionally depicted with a book in his hand. On the right disciple Peter with the key in his hands. The whole is conceived in a circular composition, which is reflected in the halos and also in the boat shape of the stone. It is a deep relief, made to be seen from below, with relatively coarse expressive shapes and faces. The stylization is related to both modern art and Romanesque sculpture and stylistically forms a beautiful diptych with the facade mosaic Saint Bavo by Bob Zijlmans. Divine symmetry gives the upward gestures a certain solemnity. The facing brick was made by artist Piet Schoenmakers.

Piet Schoenmakers (Roermond, 1919 - there, 2009) was a versatile artist and worked with graphics, ceramics, glass, steel, copper and concrete. In the late 1930s he studied at the National Academy for Visual Arts in Amsterdam. In 1941 he was awarded the Prix de Rome which gave him the opportunity to travel through Italy, France and Morocco. He also worked as a designer for the St. Joris ceramics studio in Beesel, Limburg. In 1984 he exhibited his paintings for the first time in the Stedelijk Museum Roermond.