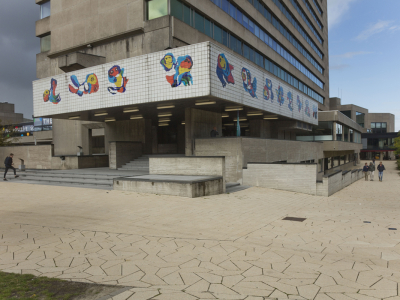 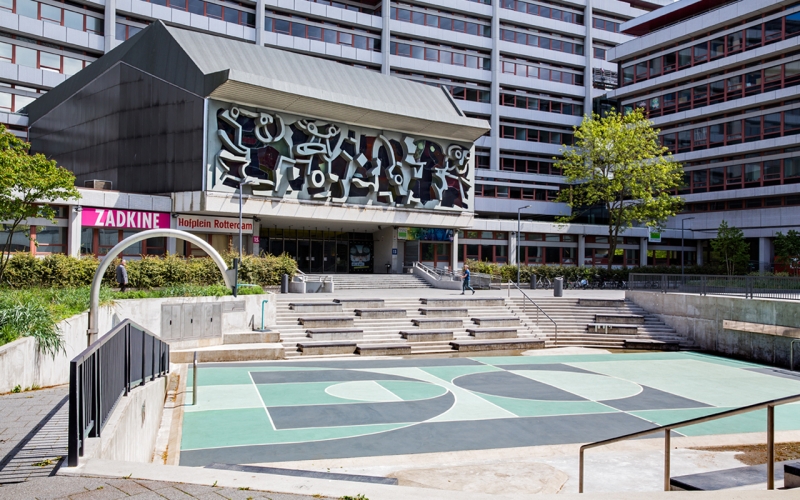 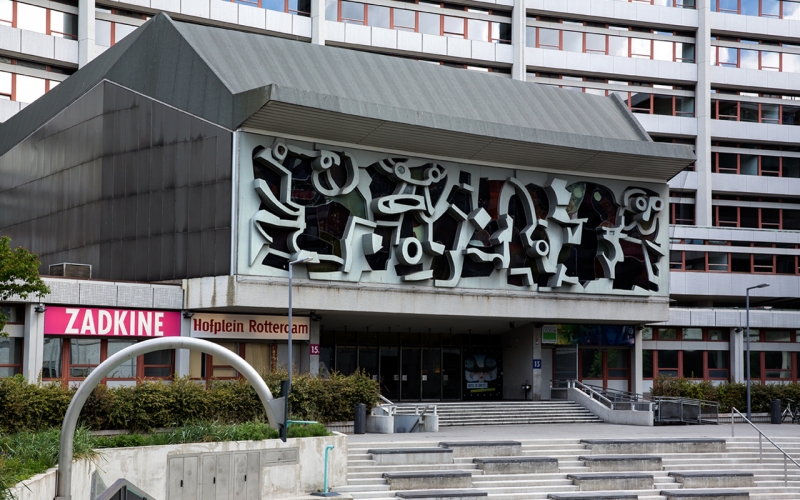 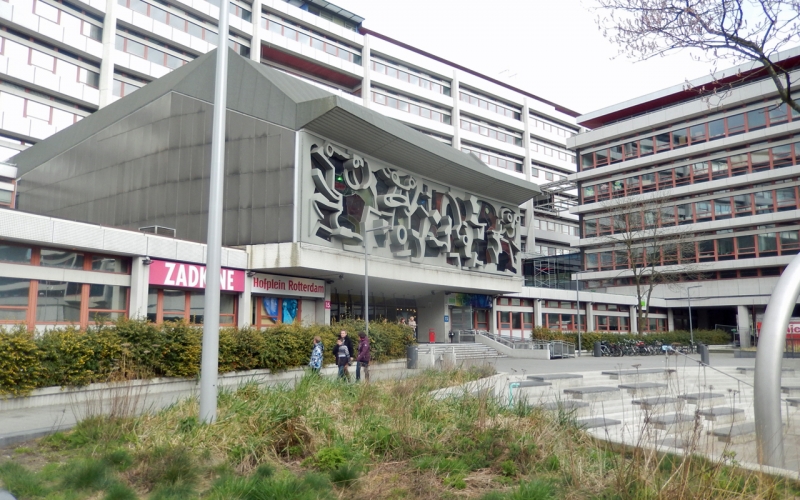 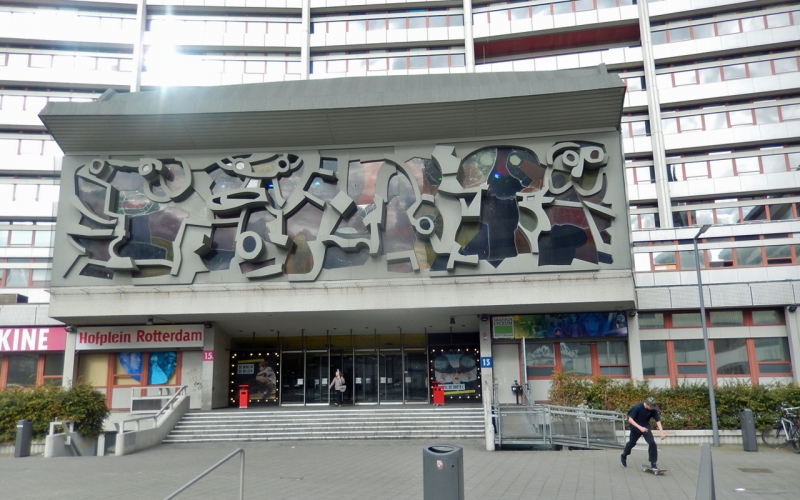 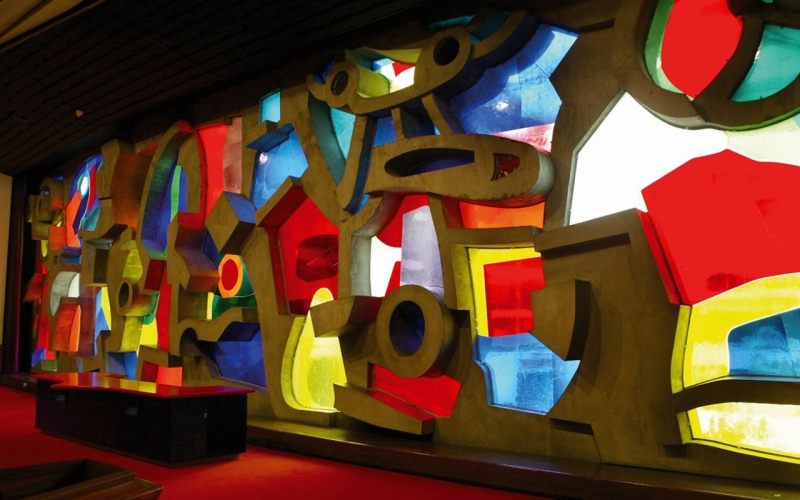 With the growing fame of Karel Appel, the need for a permanent, monumental work of art grew in Rotterdam. In 1963, Appel was approached by architect Huig Maaskant for an art assignment on the main façade of the then new school complex Technikon. The assignment fell within the percentage scheme for the visual arts, which had just been formally introduced in 1960. The first design for stained glass was very satisfactory, but the execution was considered too expensive. Appel made a new design, now for a glass-in-concrete relief. It was manufactured between 1964 and 1970. The relief was unveiled by Queen Juliana in 1970. The glass-in-concrete relief reflects the need for Karel Appel to bring together plastic and pictorial elements in a work. An erratic concrete skeleton divides the flat surface, on which protruding and receding elements give the work a sculptural appearance. The stained glass has bright, contrasting colors. The abstract composition has organic elements: around five human or animal forms are suggested, sometimes only because of the presence of large round shapes that are reminiscent of eyes. For more information: Sculpture International Rotterdam.

Karel Appel (Amsterdam, 1921 - Zurich, 2006) attended painting classes from 1942 to 1944 at the Rijksacademie van Beeldende Kunsten in Amsterdam. The first post-war work of Karel Appel was experimental, but still inspired by modern classics. A visit to Paris in 1947 brought a change; Appel was influenced by Jean Dubuffet, primitive art and surrealism. He believed that art would free the human mind. As co-founder of CoBrA, he developed an expressive form of painting and became one of the best-known Dutch painters, with an important place in art history. Afterwards he made painted wooden reliefs and freestanding sculptures, ceramics and carried out monumental commissions.