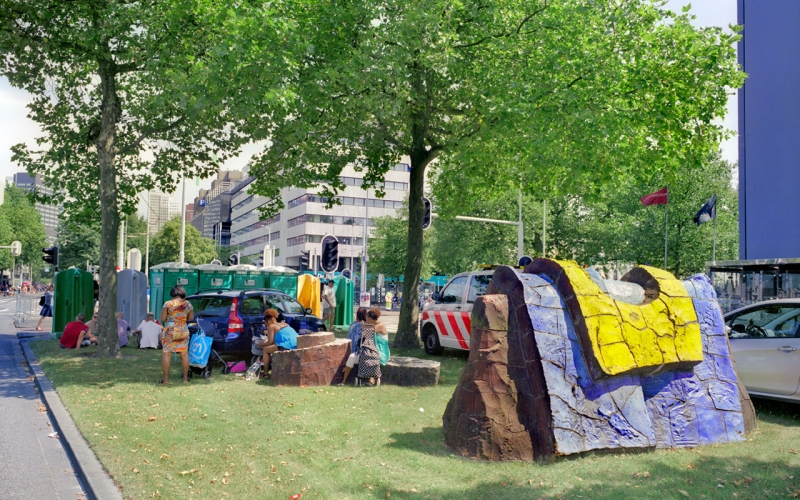 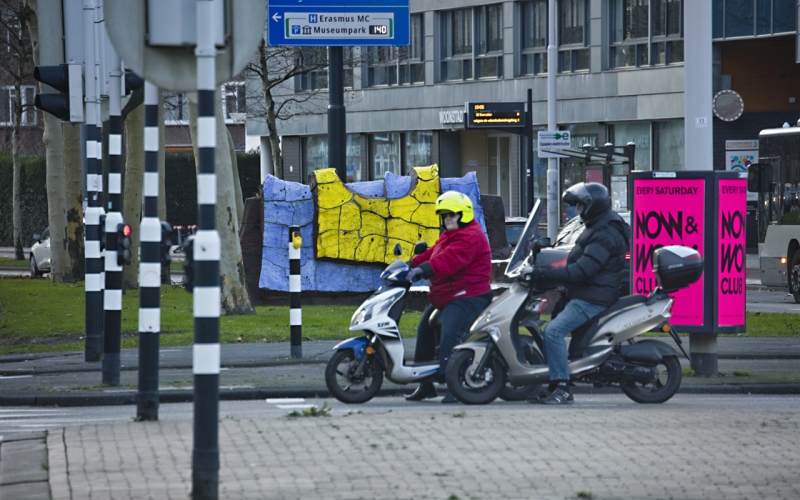 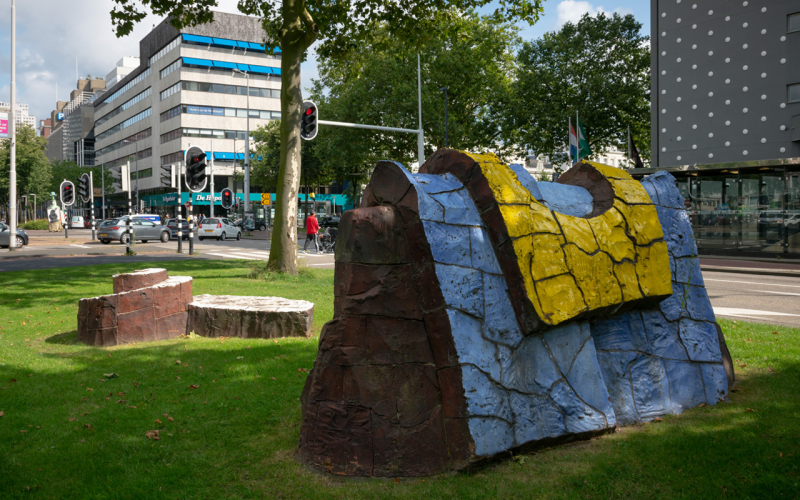 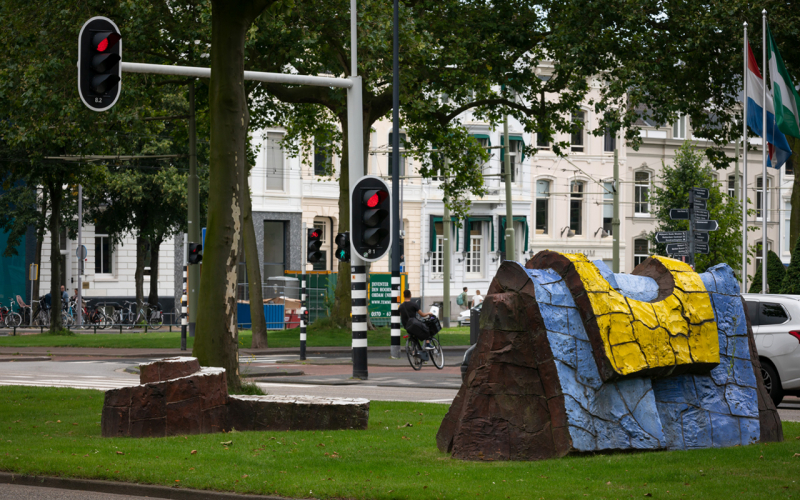 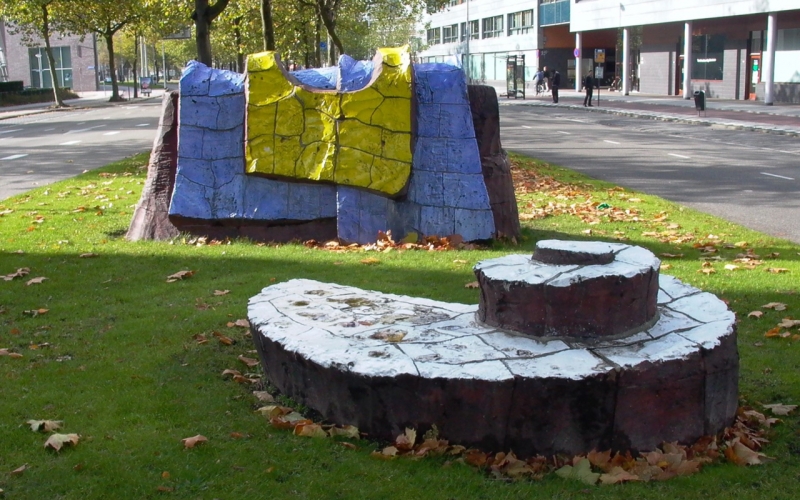 This two-part ceramic work of art was given a place on Westblaak in 1984 to function as a playful element in the walking area between the traffic flows and the tall buildings. This area barely met expectations and at the end of the nineties the plan was to build a skate park. There was no room for Vandekop's artwork in that plan and that is why the work in 1999 was moved to the current location, where it is shown to its best advantage. Vandekop's work is valued internationally and can be found in museums and the public spaces of various cities. This ceramic sculpture is the only image of his hand in the cityscape of Rotterdam. Vandekop initially worked primarily with solid iron, with which he made heavy, constructivist sculptures. But his spatial constructions gradually became more organic and playful, often made up of different parts, which together form a dynamic whole, just as this image also consists of more forms. With this work, the ceramic material produces a light, playful and colorful sculpture.

David Vandekop (The Hague, 1937 - Dreischor, 1994) studied at the art academy in The Hague as a student of, among others, Carel Visser. He later followed an art course in Poland. He developed into a sculptor, environmental artist, watercolorist, draftsman, painter and collagist. He taught at academies in Den Bosch and Maastricht.