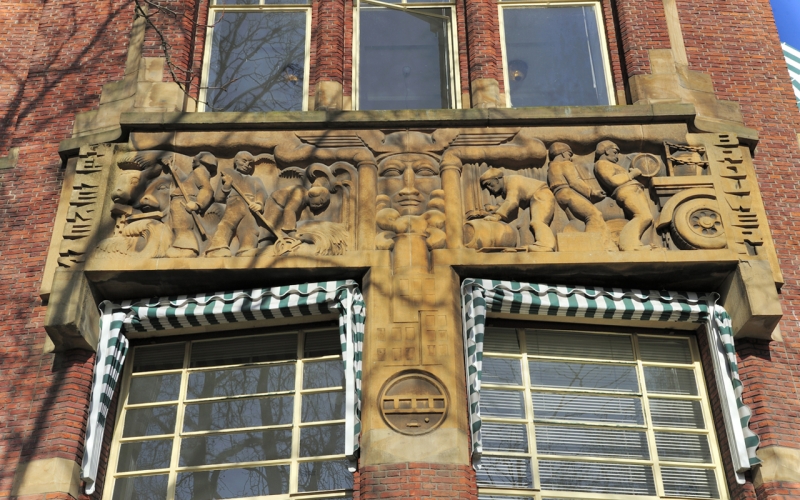 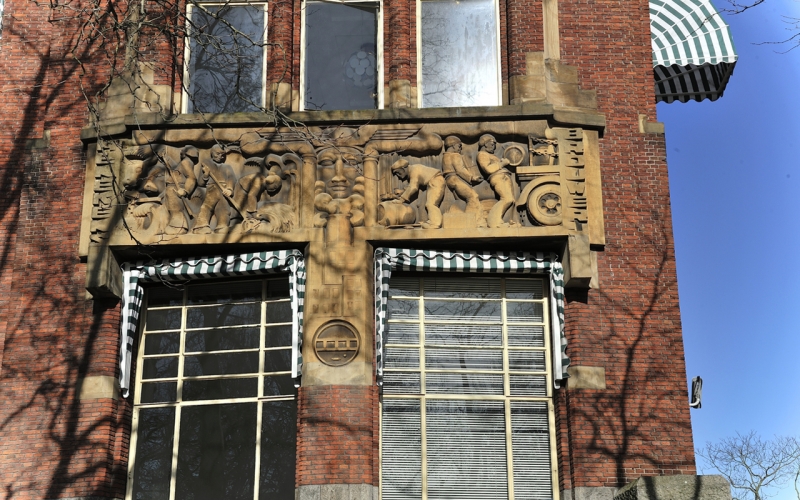 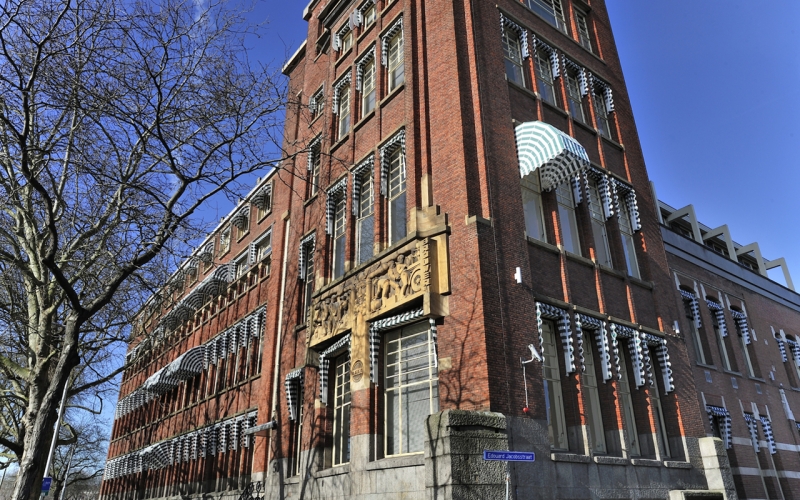 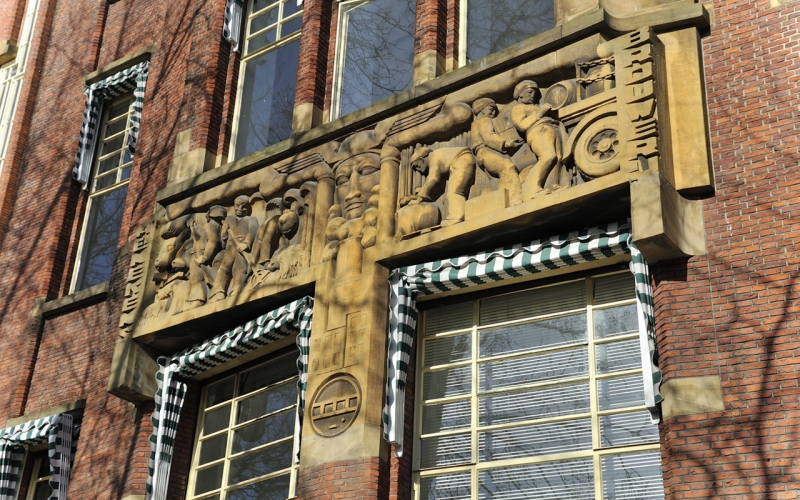 The Amsterdam beer brewer Heineken opened a large brewery here in 1882, after businessman Pincoffs persuaded him to also settle in Rotterdam. The building was built in 1932 by architect Willem Kromhout, with an art-deco interior inside, outside a facing brick that depicts beer brewing. The facing brick was made by sculptor Willem Brouwer. The facade relief has an expressionist and social tint. It shows the harvest of the grain up to the transport of the barrels of beer. The word 'Heinekens' is carved in stone on the far left and 'Brouwerij' on the far right. The current tenants of this national monument now work in a place where Freddy Heineken once held offices.

Willem Coenraad Brouwer (Leiden, 1877 - Zoeterwoude, 1933) was a sculptor and ceramicist. He was educated at the drawing school in Leiden and in 1894 went to work in his brother-in-law's studio for book decoration and letter cutting. After four years he left for Gouda, where he made pottery at Goedewaagen. Around 1900 he joined the artists 'group' t Binnenhuis. In 1901 he founded his own ceramic company in Leiderdorp. He collaborated with architects such as Berlage, Oud, Dudok and Wils, among others. He was a member of the Dutch Circle of Sculptors and is considered an innovator in the field of sculpture. His sculpture can also be found at the Peace Palace in The Hague.