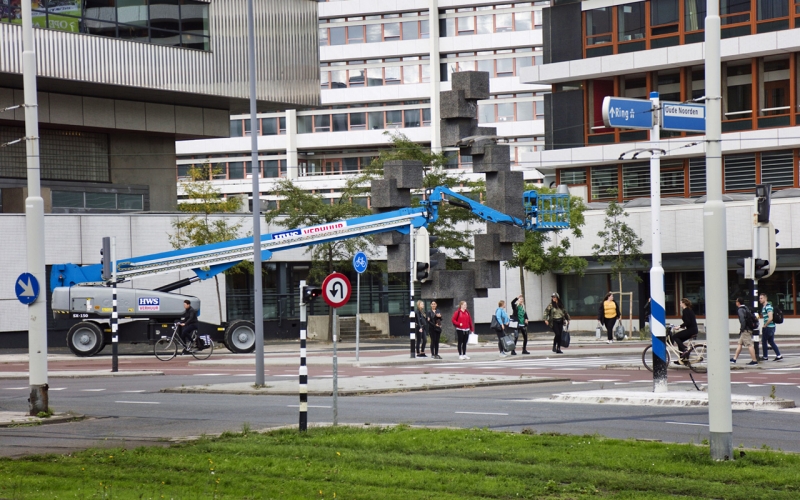 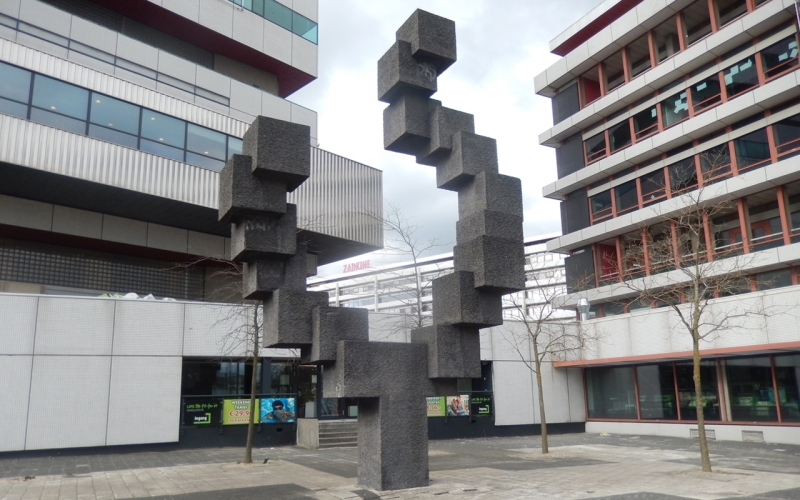 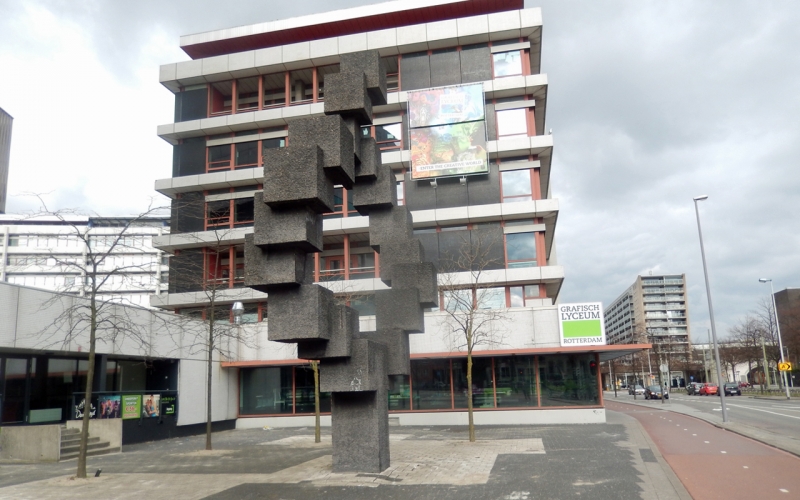 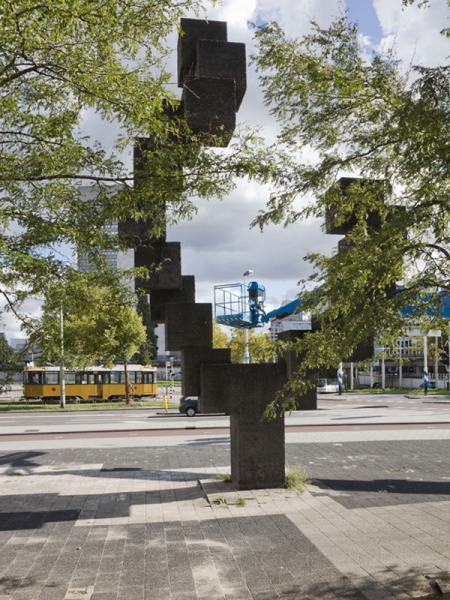 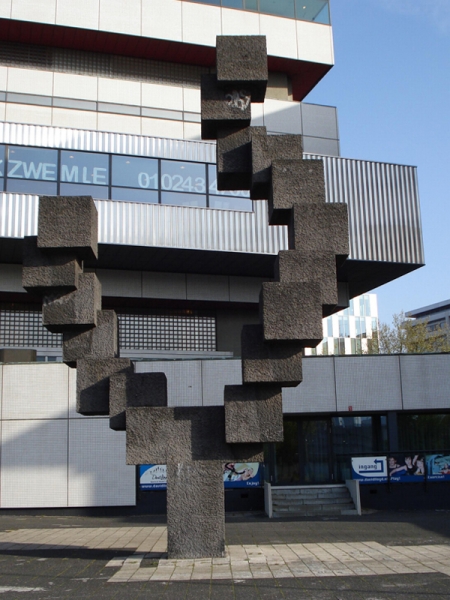 On April 14, 1971, Alderman Van der Ploeg unveiled this sculpture, built from anthracite blocks, made by the Amsterdam sculptor Margot Zanstra. This free-standing work of art appears to be a shaky construction of cubes and is placed in front of the Akragon building: the sports tower on the Schiekade, which is used by David Lloyd and is part of the former Technikon school complex. Mr. DJM Dura offered the artwork to the municipality on behalf of the architect, contractors and suppliers, stating that he considered it one of the 'most expensive pieces of concrete' he had ever had poured. No official name was given to the sculpture, but the high-profile municipality soon renamed it 'cassie-six', after a simple game of dice. Zanstra became an artist in 1966 and this sculpture was her first major commission. She was self-taught at home designing clay plastics when architect Hugh Maaskant, designer of this enormous Technikon school complex, came to her home and was so impressed by the plastic that he commissioned her. This was the start of her career as an artist. She would develop a language of mathematical forms with Perspex patterns, systems and constructions. These rhythm essays have been compared to De Stijl. (Source: GWJ Nieuwenhuis - Verveen, Statues, monuments and sculptures in Rotterdam, (Rotterdam, 1972), p. 70).

Margot Zanstra (Laren, 1919 - Amsterdam, 2010) became a visual artist after a career as a ballet dancer and choreographer with the Dutch National Ballet in 1966. She developed herself as an autodidact in sculpture and gained experience with sculptor Piet Starreveld. Her work shows many geometric figures, in which rhythm and balance are important themes. Zanstra was married to architect Piet Zanstra.