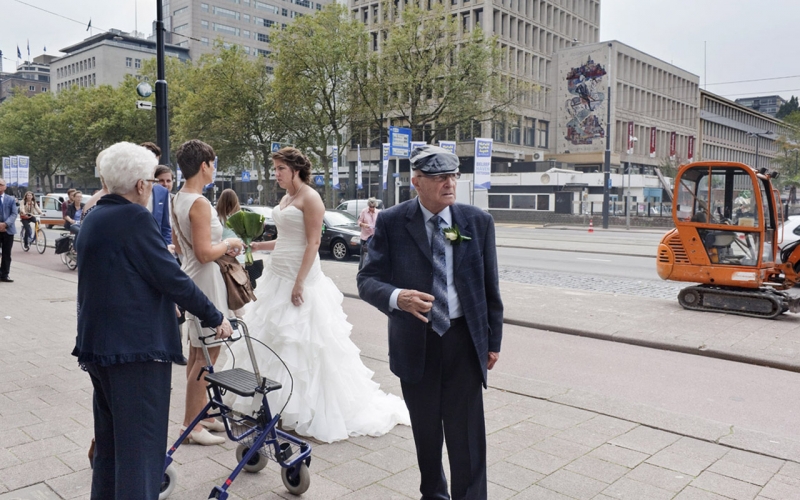 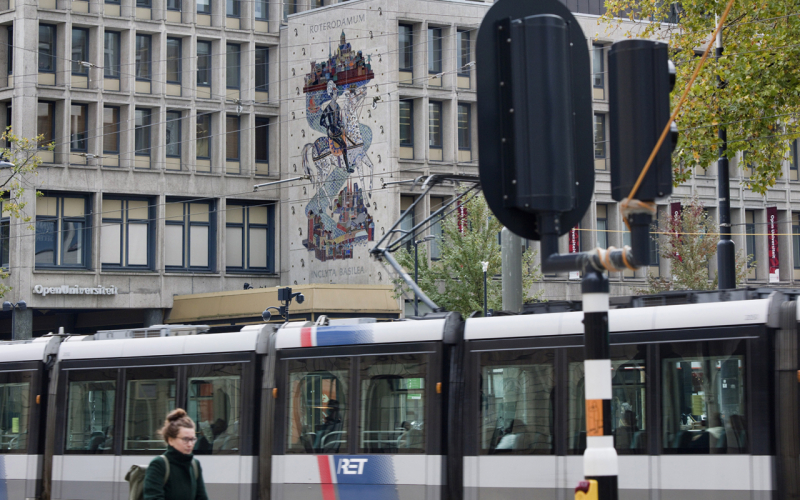 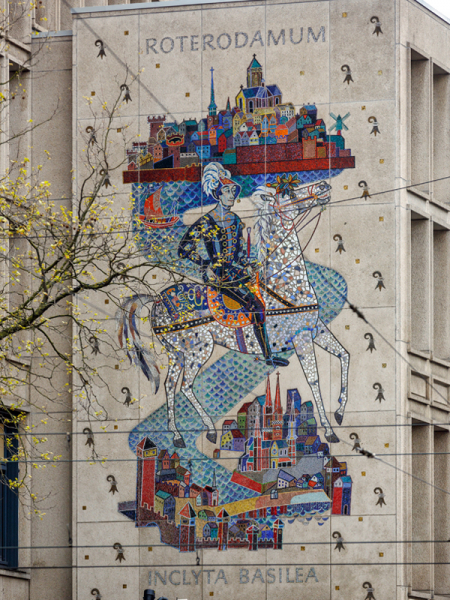 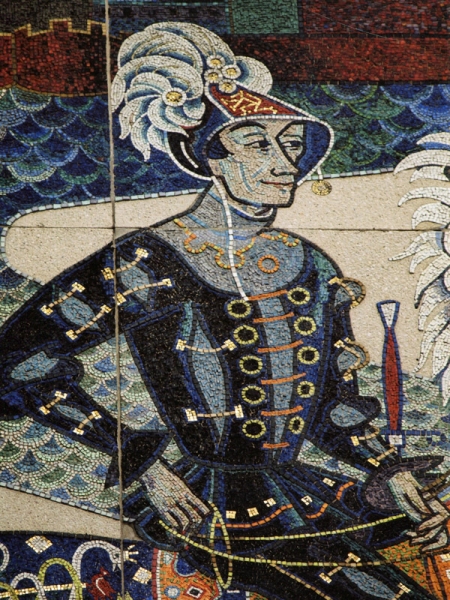 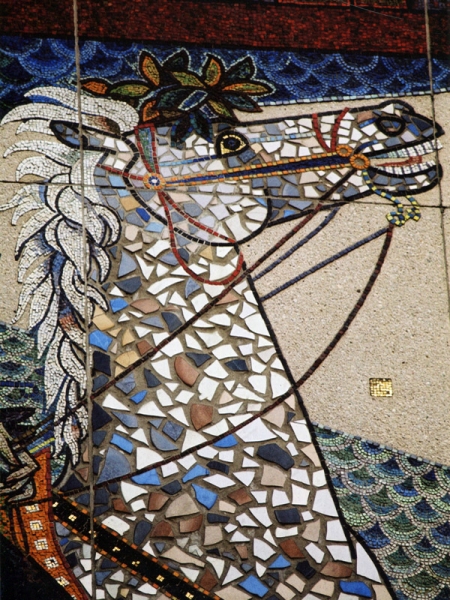 Called this huge wall mosaic Erasmus trip Louis van Roode was commissioned by investor Der Baseler Versicherungs-Gesellschaft for the Holbein House. The mosaic contains numerous references to the life of Erasmus (1467-1536). To start with the building: the name of Hans Holbein de Jonge (1497 / 98-1543) is inextricably linked to the drawings he made in Basel on the margins of Erasmus's most famous book The Praise of Foolishness (1515) and the series of portraits he subsequently made over the years - often accurately 'directed' by his friend Erasmus - of the famous humanist. It Erasmus statue that Hendrick de Keyser designed for Rotterdam is undoubtedly based on the work of Holbein. The mosaic shows two cityscapes: Rotterdam and Basel, the cities where Erasmus started and completed his life journey respectively. Although Erasmus came from Rotterdam, he spent a large part of his working life in Basel. His most important works were published by Forben publishers. Erasmus on horseback could be a reference to his book The Praise of Foolishnessbecause, he says, the idea for this book arose while Erasmus was traveling on horseback from Italy to England in 1509 to visit his friend Thomas More, to whom he also dedicated it.