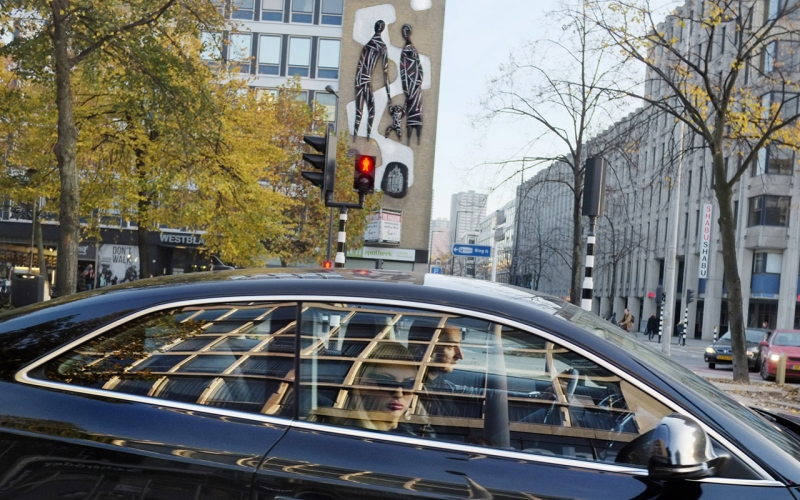 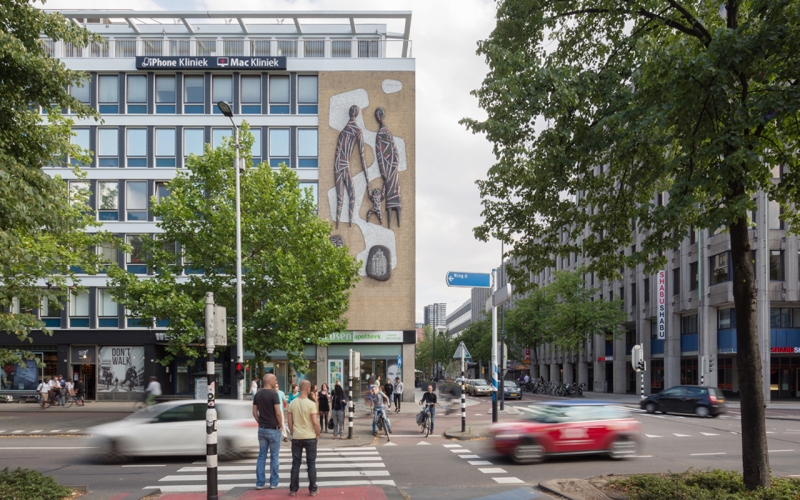 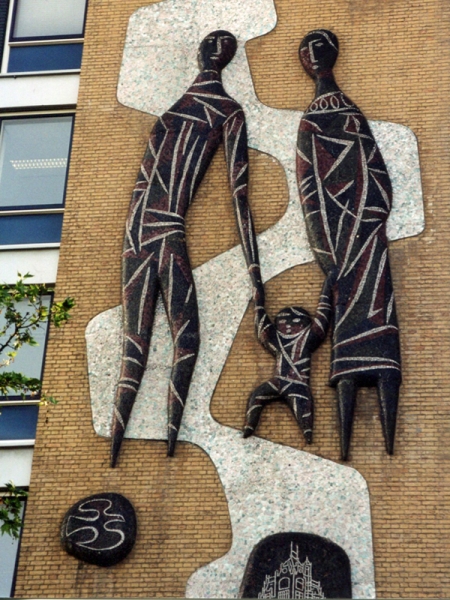 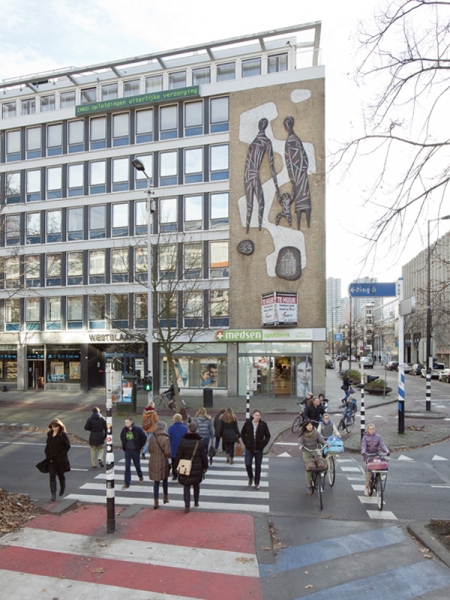 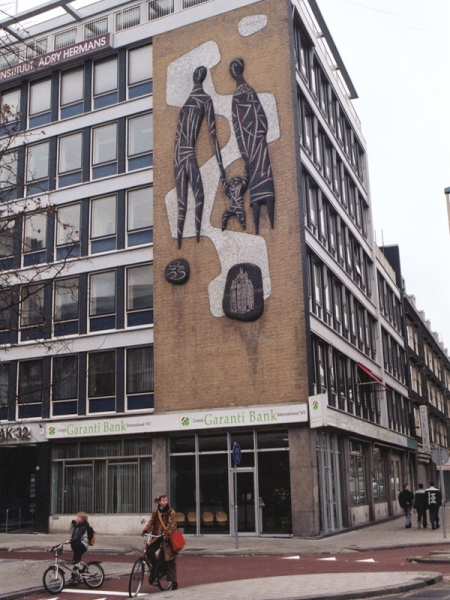 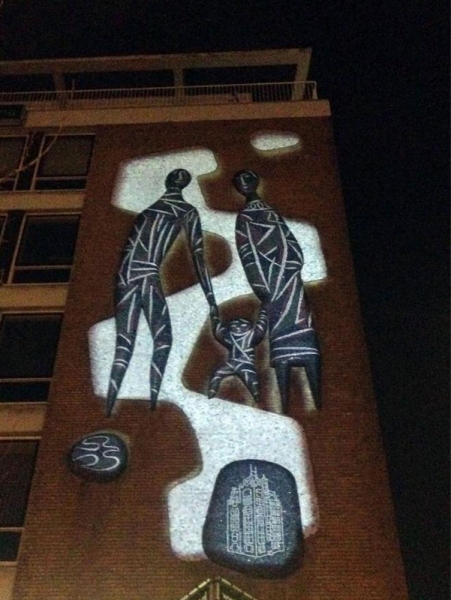 The ceramic wall relief The family is one of the reconstruction works of art that the Rotterdam artist Louis van Roode made in his own city. From his hand is also the mosaic The journey of Erasmus on the Holbein House and the glass mosaic on the side wall of the renovated Station Post Office (Central Post). The relief shows a man and a woman with a child. In addition, there are also illustrations of a pigeon (peace) and a bank building (city). It is the office of the Eerste Hollandse Levensverzekering Bank, which was established here. The family is made of glazed chamotte clay and mosaic.