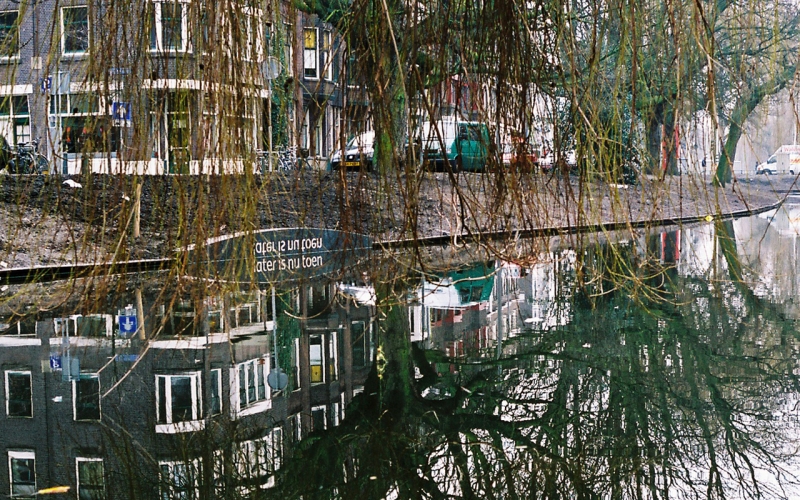 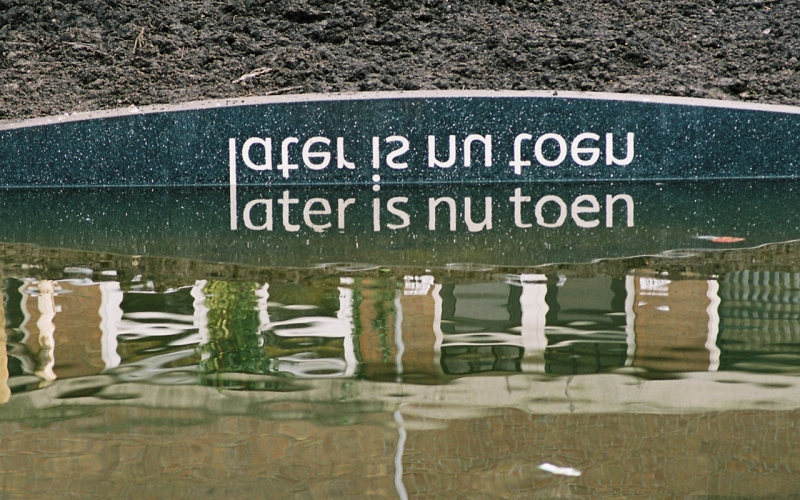 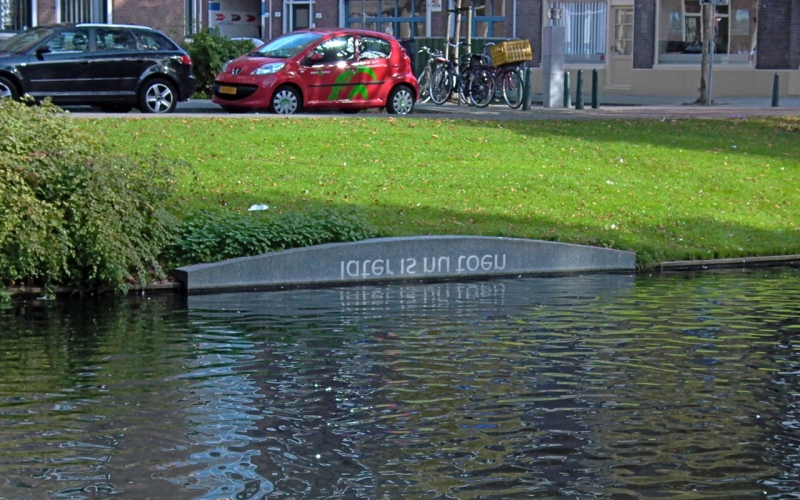 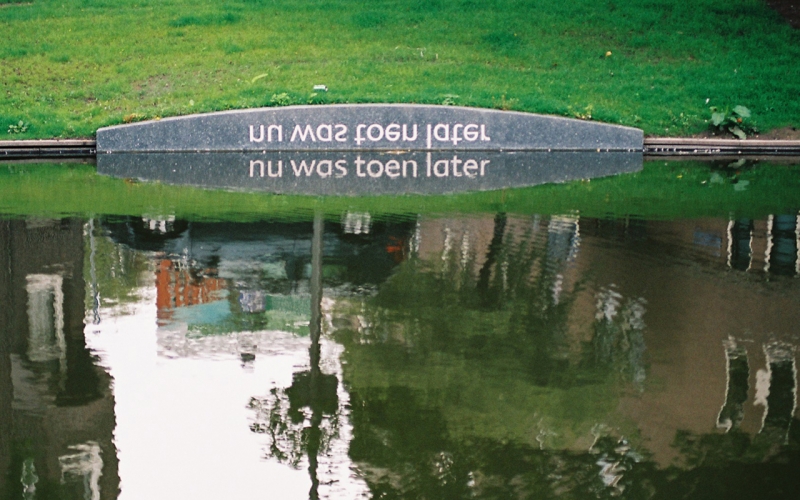 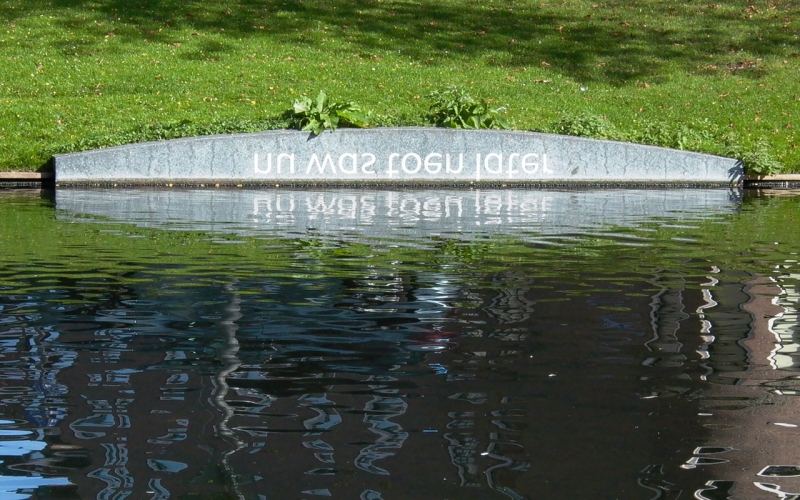 On January 24, 2005, a new work of art was unveiled at Bergsingel: a text image by Marcelle van Bemmel. The assignment that was given to Van Bemmel was to create a work of art that was a mirror of the past and made the history of the 19th century canals tangible. Two lines of text are reflected in the water: 'later is now' and 'now was later'. With this artwork, Van Bemmel also wanted to create a 'mirror of the future'. The text lines are a language game of four words each, connecting the present, the past and the future. People walking along the canal can take a look at each time to see if the texts can be read in the water surface that day, depending on the weather. The concept of a 'mirror of the past' immediately raised a question for the Rotterdam artist Van Bemmel. Why refer to the history of the singles when it is so clearly present? With its old houses and large trees, it seems as if the area has always been like that. But on closer inspection, a lot has changed. Many buildings have been added, the water basins have been relocated, traffic has increased. For example, the girth itself is a kind of distorted mirror of the past, in which the desire creeps up on you to be able to step through it, into that old time. But to what extent is such a 'mirror' reality? To what extent is the image that we have of the past correct? Van Bemmel's work does not stand alone. The Rose canals were renovated to the original design of the 19th century city architect Rose and art was given an important role in this. The former sub-municipality of Noord approached the Centrum Beeldende Kunst because of this major renovation project of various canals and had an art plan written: “Beeldende Kunst and the canal families of Rotterdam” by Han Goan Lim and Albert Kliest. Based on this, several art commissions have been issued, including Lake Bermuda by Susanne Kriemann and a seat and blue bridge by Jeroen Doorenweerd on the Berg- and Noordsingel. Works of art have also been placed on Spoor- and Provenierssingel, such as In the city / The young man on the island from Henk Visch, A swan in the distance from Klaas Gubbels and Kryptonian Ice Lake by Guido Marsille and Onno Poiesz.

Marcelle van Bemmel (1948) prefers to use 'materials' that have no definable form, such as water, reflections, light and shadow, sound, but also time. Her commissioned work creates a relationship with the environment and the public, and often refers to the history of the place.