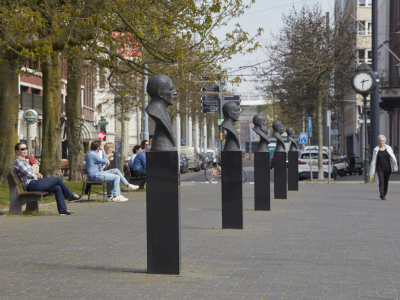 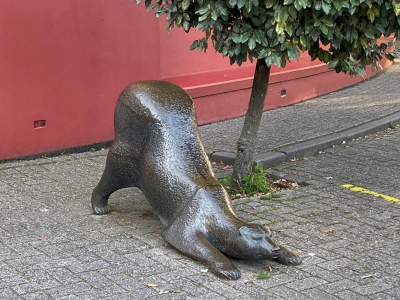 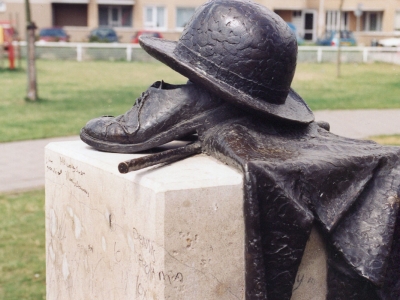 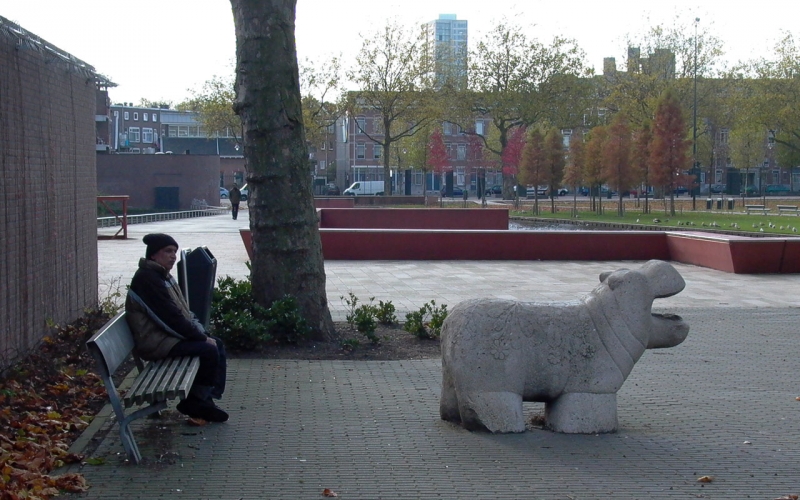 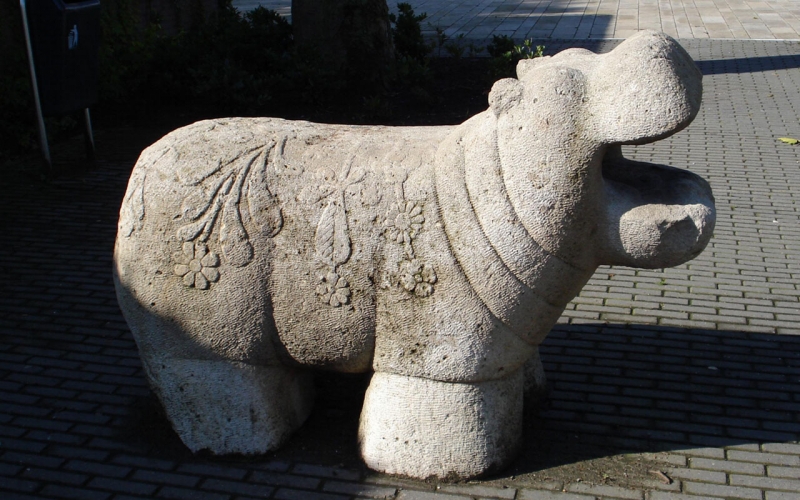 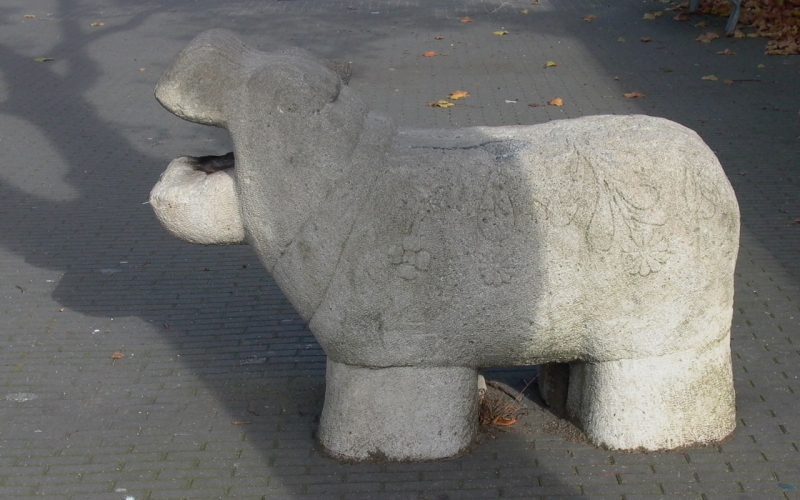 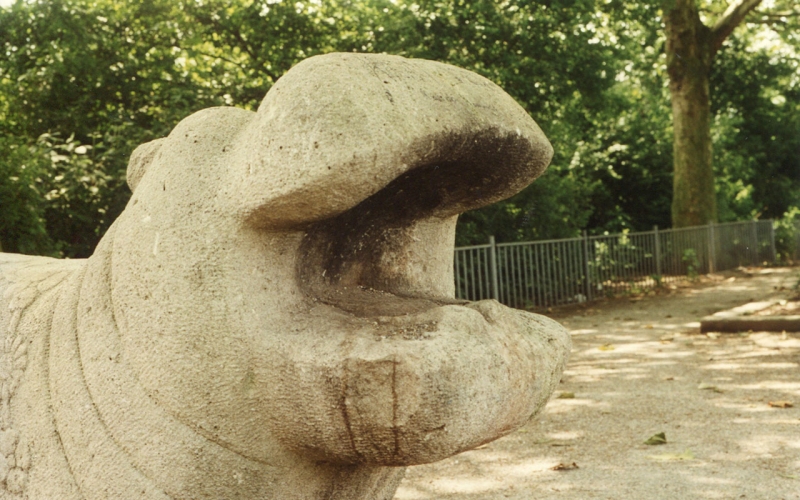 Hippos live in central and southern Africa and live to be about forty years old. The stone hippopotamus on Afrikaanderplein has also had its best years after more than forty years. As with real hippos, its skin turns out to be the most vulnerable. Here in Rotterdam not because of the risk of dehydration, but because of graffiti and algae. Another ailment is that the statue has been stripped of its teeth by vandals over the years. Yet it can still be seen how this cheerful image is adorned by decorative lines on its neck and floral motifs on the back. The eyes are not shown in the stone. The statue is made of sand-lime brick from France. Incidentally, it was already decided upon completion in 1970 that the image may deteriorate in its aging process.