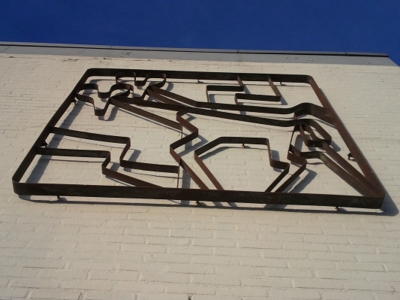 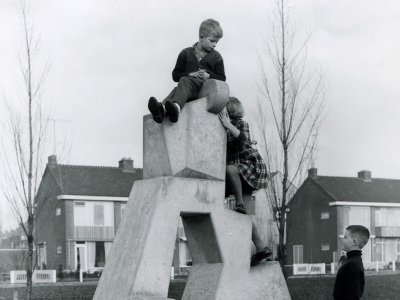 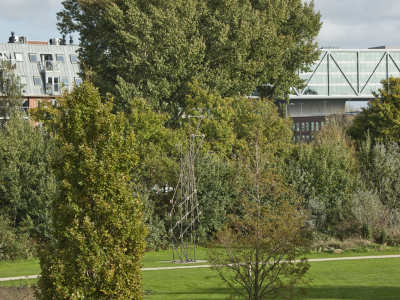 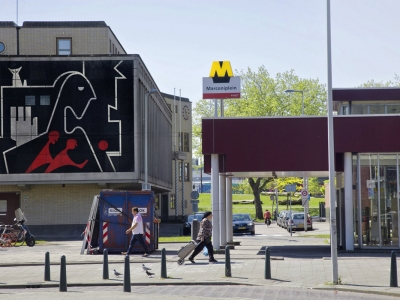 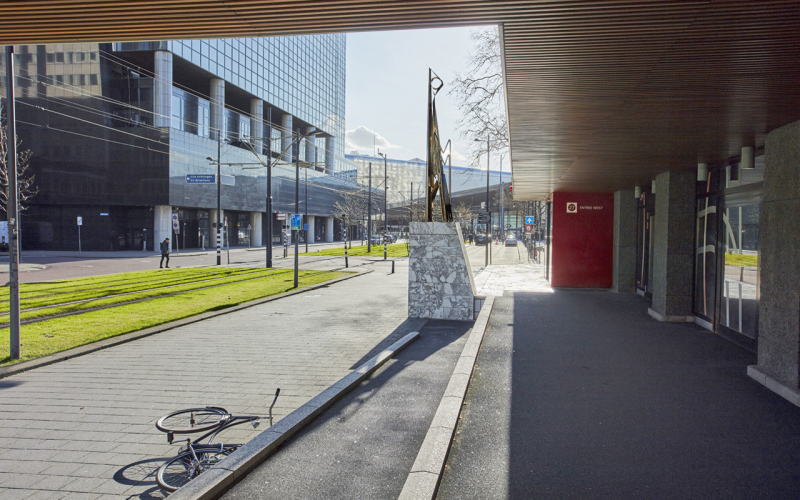 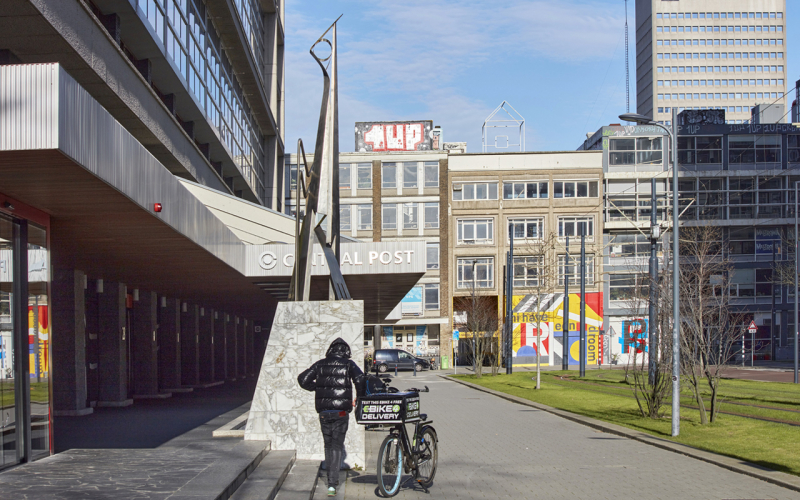 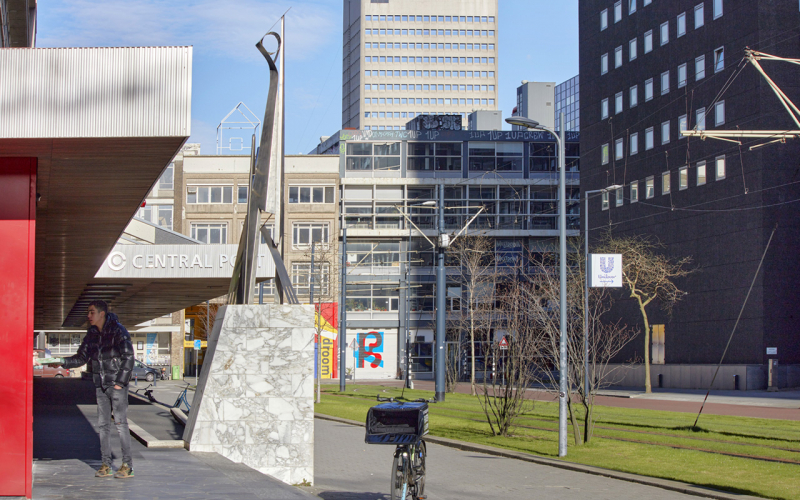 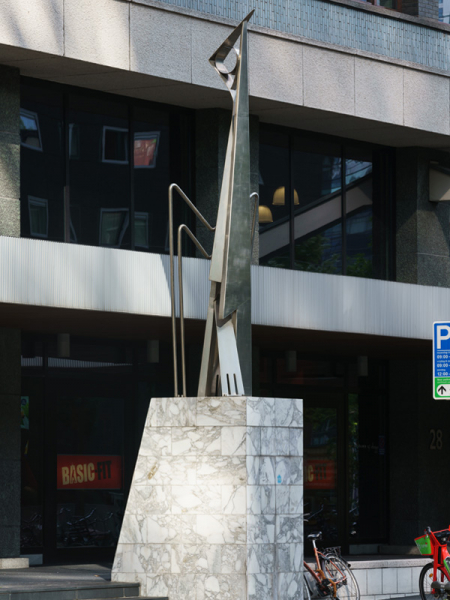 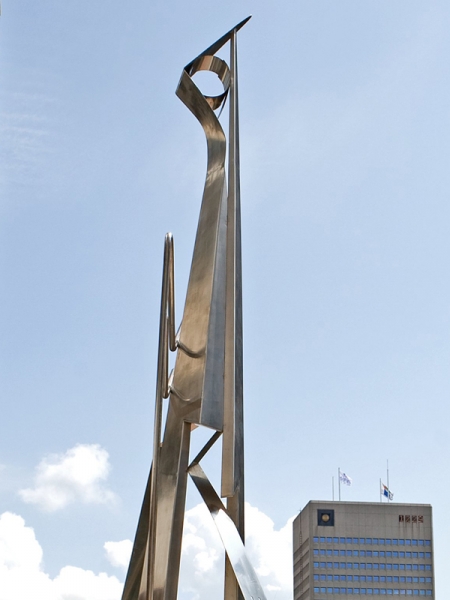 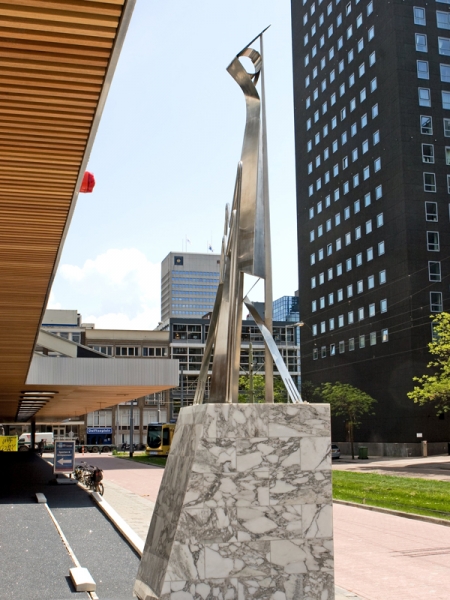 Timmer made this stainless steel plastic for the western entrance of the Station Post Office in 1959 and is typical of the atmosphere in which many monumental artists worked after the Second World War. The work of art often had a symbolic affinity with the nature of the client's work. The title of the work, Phoenix, is the mythical bird that rises from its own ashes. This bird symbolizes the reconstruction period in Rotterdam after the bombing. In 2001 the statue was moved to Gedempte Zalmhaven. In the following years, the Station Post Office (also known as the Post CS building) was restored, making it the most desirable location for the Phoenix. May 2010 the sculpture has been moved back to its original location in front of the entrance of the building, which is located next to Central Station. Phoenix van Kees Timmer is part of the tradition of reconstruction sculptures, just like the sculpture by Naum Gabo. The work shows what a talented sculptor Timmer was. He had a linear style, which is also clearly present in this spatial image: with a combination of line and volume, he evokes the basic idea of ​​a bird rising, an upward movement in the materials and industrial-like smoothness, which fit the modern time.

Kees Timmer (Zaandam, 1903 - Rotterdam, 1978) was known for his monumental work. He often depicted animals in paintings. He also made circus scenes, street and market scenes. Timmer received an overview exhibition in Museum Boijmans Van Beuningen in 1993.