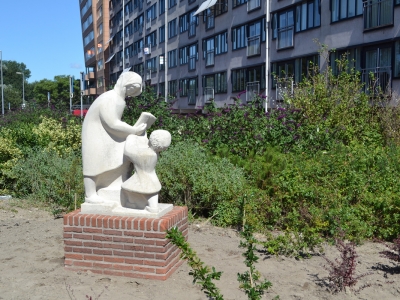 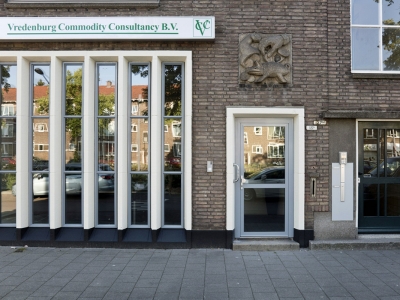 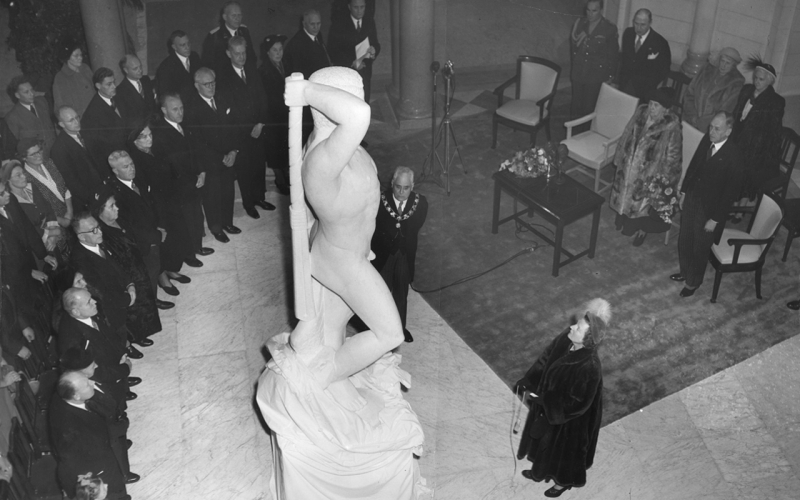 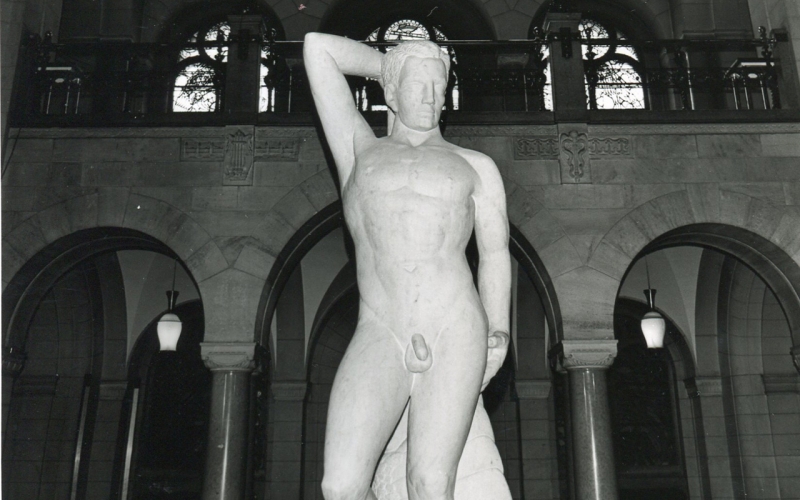 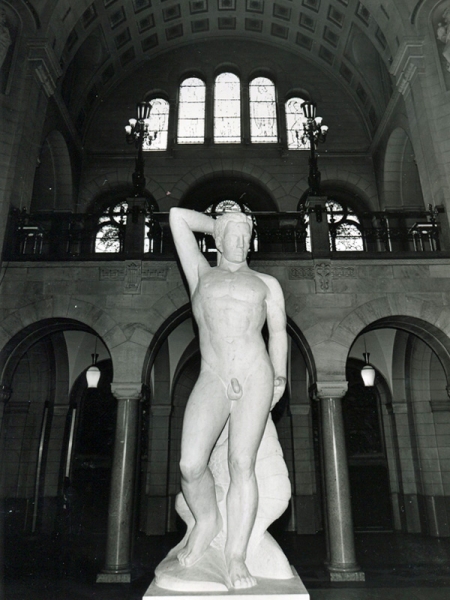 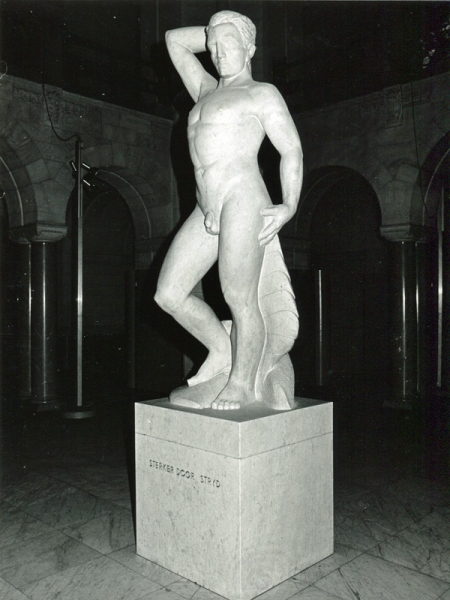 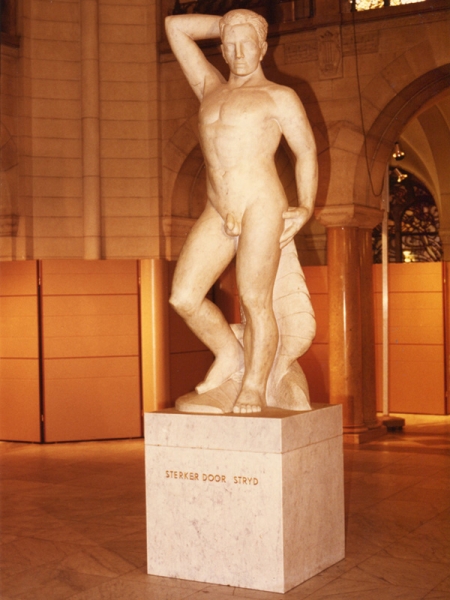 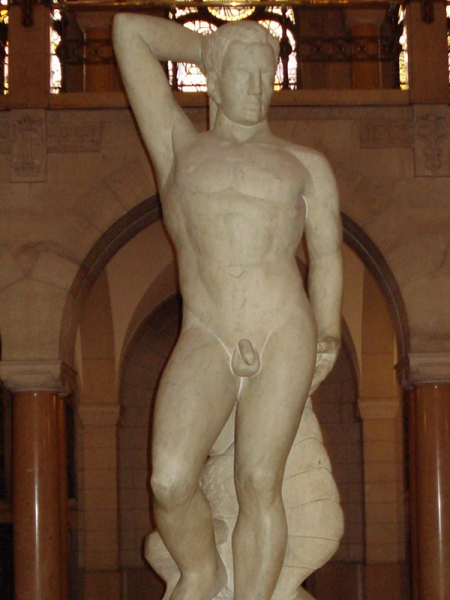 The statue is in the middle of the hall of the town hall Stronger through combat, a gift from Queen Wilhelmina. The statue was carved from a single block of Carrarian marble by sculptor Hank Hans. She designed a figure of David who has clubbed a German eagle with his club. The words 'Stronger through struggle' are chiseled in capital, gold letters on the base of the statue. Queen Wilhelmina gave this motto to Rotterdam on January 19, 1948, almost three years after the end of the Second World War. The pedestal is 1.50 meters high and the figure is 2.50 meters. In order to create the necessary contrast with the floor of the hall, which consists of the same marble, the statue is not polished. The whole weighs 6.000 kilos. To be able to support it, the floor through the basement has been reinforced with a concrete pillar. On November 30, 1951, Her Majesty Queen Juliana unveiled the statue in the presence of her mother.

Sculptor Johanna Hendrika (known as Hank, Hanke, Anke) Hans (The Hague, 1919 - Rotterdam, 2015) was trained at the Academy of Visual Arts in Rotterdam before the war. In 1940 she moved to Amsterdam, where she attended the Rijksacademie and was taught by sculptor Jan Bronner. In 1945 she returned to the port city, where she took her best-known image Stronger through combat made. The 3,5 meter high marble work is located in the hall of the town hall on Coolsingel and is a gift from Queen Wilhelmina to the city of Rotterdam. During the reconstruction period Hans also worked a lot on commission for architects such as Kees Elffers and Joost Boks on facing bricks and reliefs. She also produced various works of art for schools outside of Rotterdam and made medals and medals for, for example, the Rotterdam Art Foundation and the Boekenweek. Hank Hans lived in Kralingen and was still active as an artist until a great age. She painted and made watercolors. People are central in her oeuvre, but nature is also an important source of inspiration.