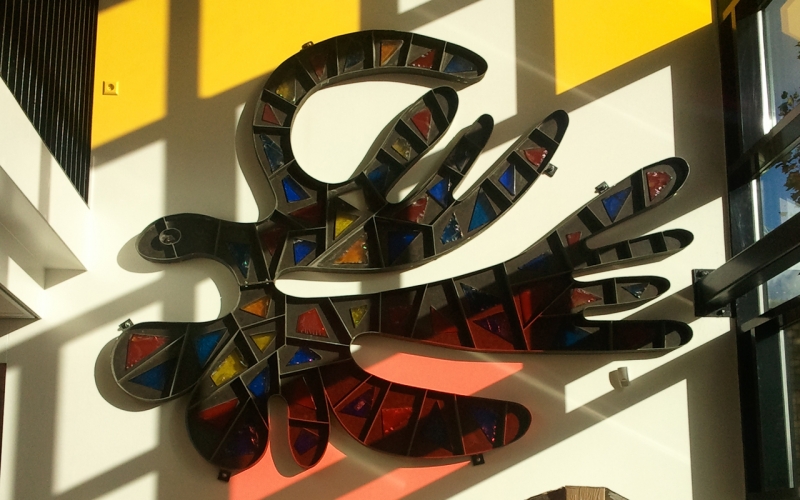 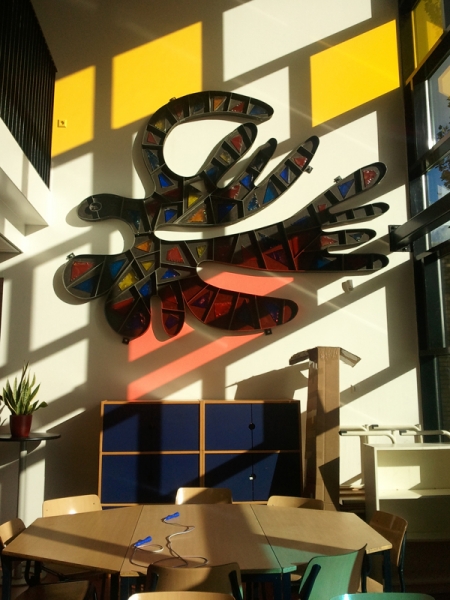 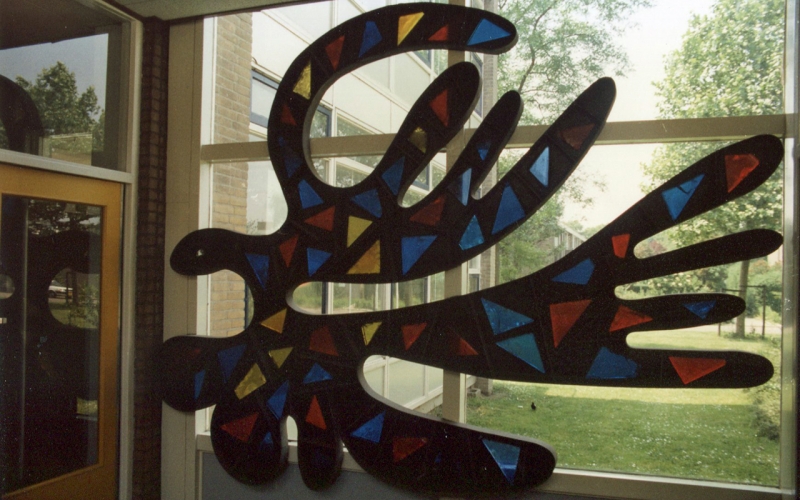 Louis van Roode was an important artist from the sixties and it is very special that a school in Prince Alexander possesses such an important work of art. This abstract Bird of considerable size is an example of the flowing lines and organic forms that Van Roode used as a counterpart to the angular built environment. The glass mosaic shows as a technique the versatility of the artist, who became proficient in various techniques in order to enrich his visual language. The solid material exudes playfulness, air and movement, which suits youth and play. The primary colors return in the new building, in which the work has been relocated. Previously the Bird in front of the window, but after being placed on a wall.

The Rotterdam artist Louis van Roode (Delft, 1914 - Rotterdam, 1964) worked a lot for the new architecture during the Reconstruction period. He produced many murals and mosaics that adorned modern architecture, but which also told a story about nature, culture, people and the cosmos. Major works by his hand have been preserved in Rotterdam, but also in Vlissingen, Eindhoven and The Hague. He can rightly be called one of the greatest wall artists of his time.