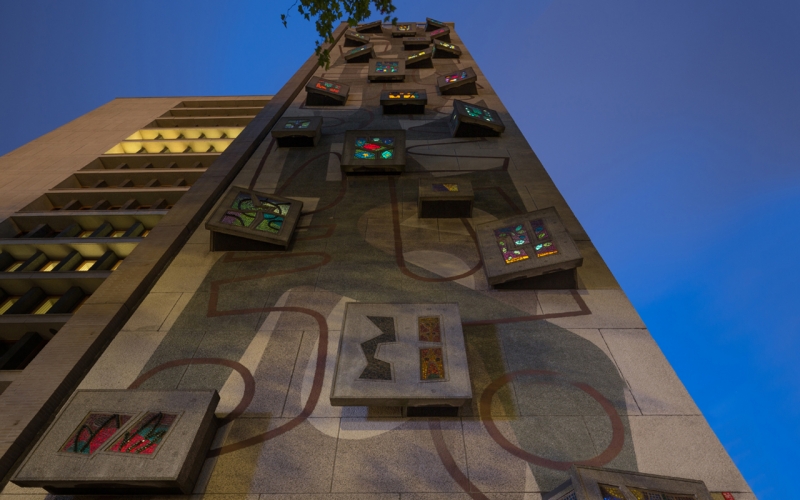 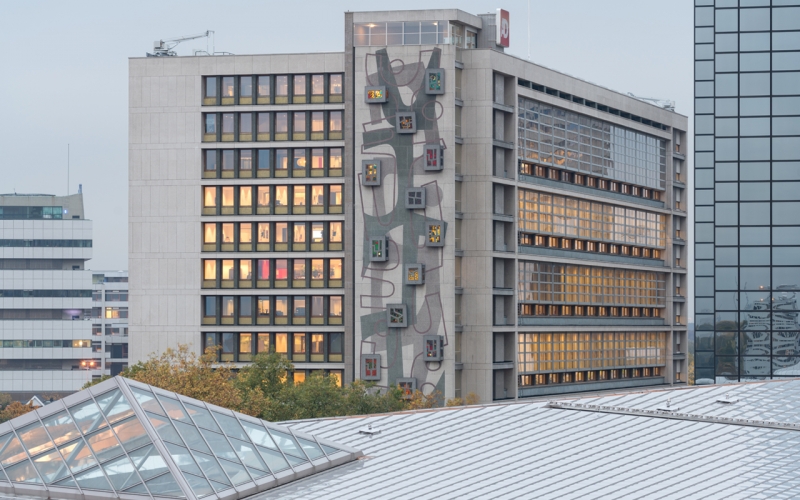 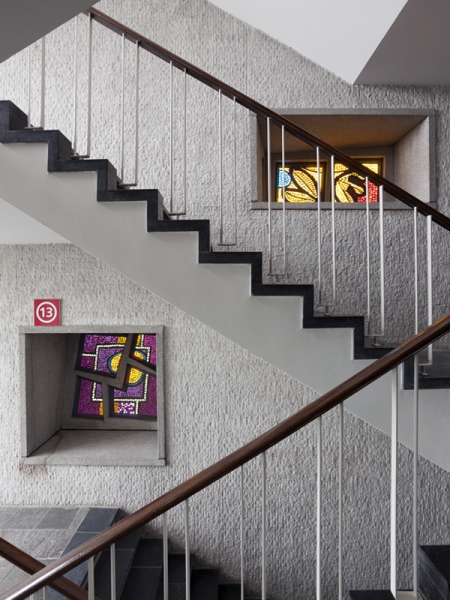 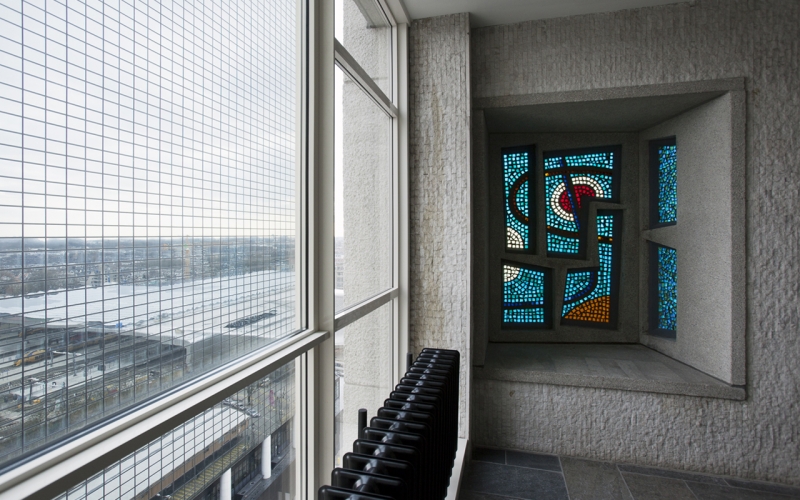 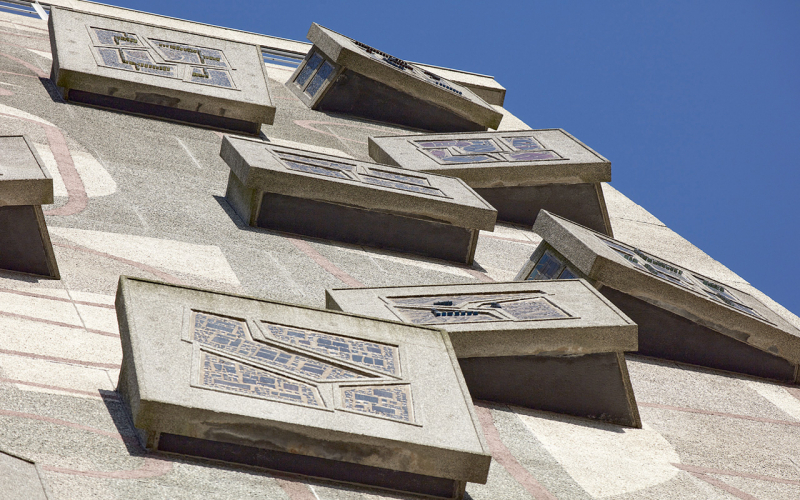 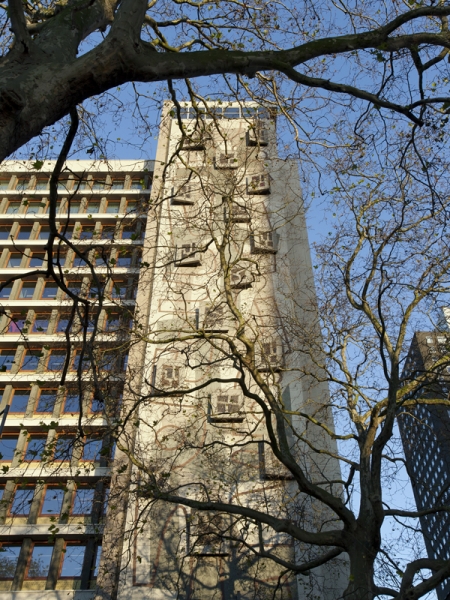 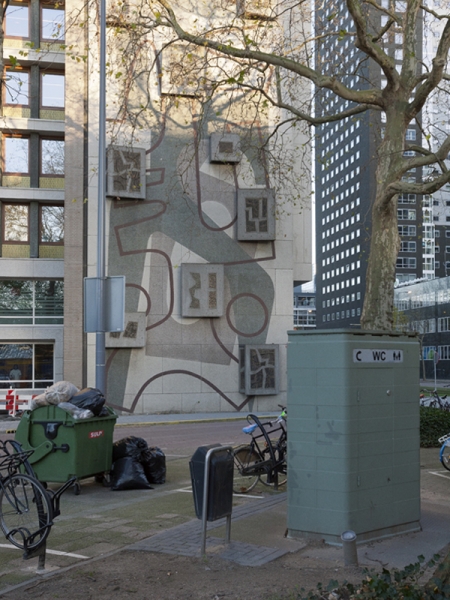 This work by Louis van Roode on the western facade of the former Station Post Office is, among other things, special because of the elaboration of an ideal that was vigorously professed, particularly in the 50s, namely the integration of art and architecture. Originally, the architects Evert and Herman Kraaijvanger had a blank wall in mind, which should be covered with artificial stone slabs with a mosaic decoration. Artist Louis van Roode was chosen for the execution, in consultation with the PTT Agency for Aesthetic Design; a man who had acquired a solid reputation as a monumental artist after the Second World War. The idea of ​​the blank wall was soon abandoned, because the stairwell behind this facade could use quite a bit of windows and light. Ultimately, Van Roode came up with the idea of ​​entering the space with the windows, so that they would work as an architectural visual element. The Kraaijvanger architects were enthusiastic and Van Roode was given a free hand to develop his idea. Van Roode worked on this assignment for three years, from 1955 to 1958. The result shows on the wall two abstract, curly wide strips in green and pink decorative concrete, over which a brown line decoration runs. The twenty-two stained-glass windows are different in size and shape, supporting the decoration. The Station Post Office was designated as a municipal monument in 1999 and became a national monument in 2019. Since its opening on September 22, 1959, the fourteen-storey building has functioned as a dispatch hub for PTT Post. After a period of vacancy, the building, including the artwork, was completely renovated in 2009 into an office building with the name Central Post.